A Passion to Serve the Community 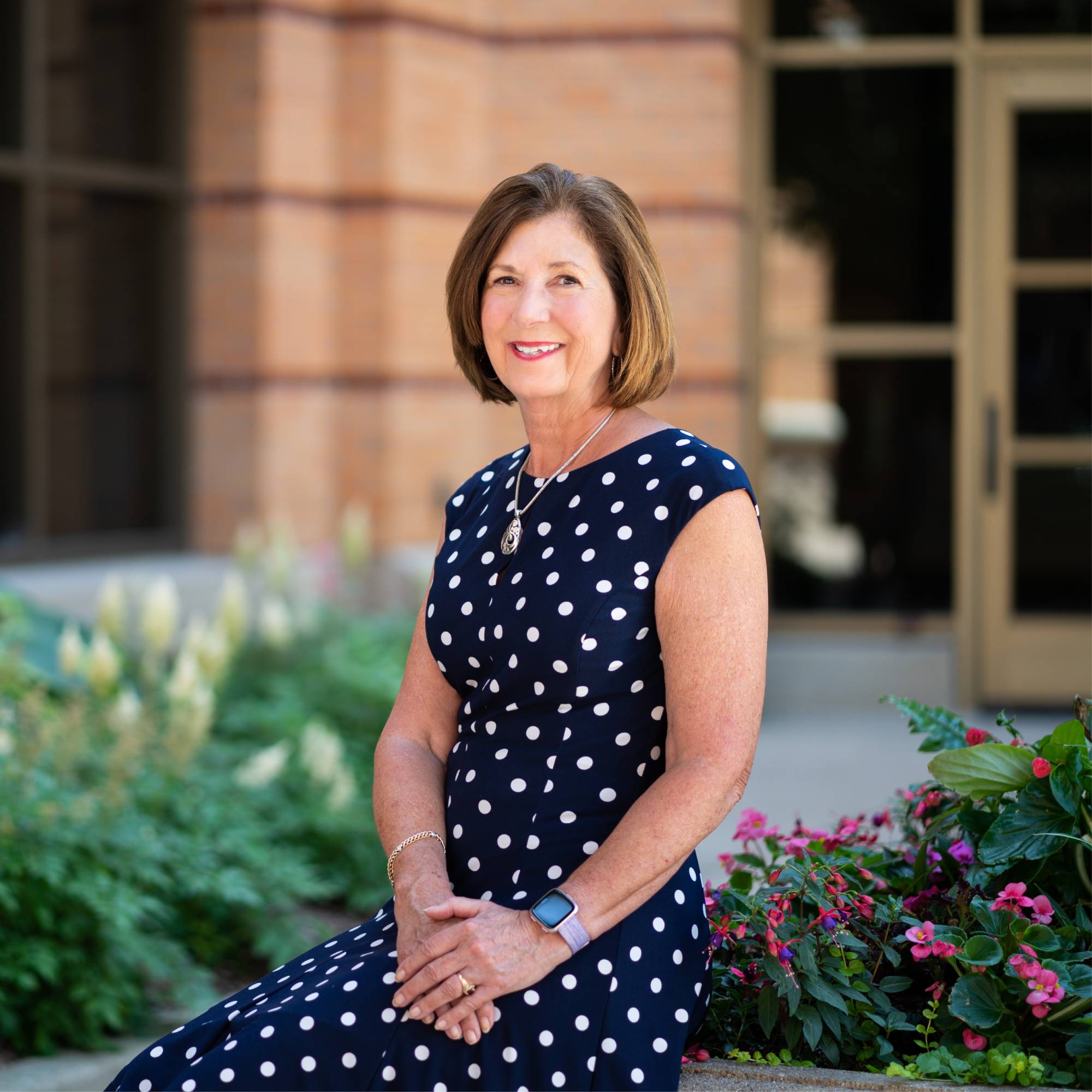 Mary Ann Cartwright ’72 was raised with a belief in public service and learned that taking care of your community is the highest calling. Inspired by her father who was a founder of Grand Valley, she is now giving back by supporting scholarships that empower future leaders.

Cartwright grew up in a family where education was the expectation. Her parents, Edward and Margaret Weist, encouraged her to go to law school even though women pursuing professions was uncommon at the time.

Her parents understood the value of education. Edward Weist, her father, recognized the need for a four-year college in the area and used his position as mayor of Wyoming to support the proposed Grand Valley College. As one of the founders of Grand Valley, Weist hoped that the location and low cost would help the people in West Michigan who were working their way through college.

“My father believed that everyone needed an education and told me to, ‘reach for the highest star.’ He did not believe in giving up. If you fell down, your brushed yourself off and got up to start again” Cartwright explains.

When the time came, it was natural that Cartwright chose Grand Valley to complete her undergraduate degree. At Grand Valley, she found not only a quality education, but also a supportive community that cared about her success.

“The best memories I have were of President Don Lubbers coming into the commons and having coffee with the students. He was genuinely interested in our thoughts and views. He encouraged activism and creative thinking,” Cartwright recalls. “How many young people have access to their college president?”

Thanks to the many people like Lubbers who believed in her, Cartwright completed law school and now is a lawyer at Rhoades McKee, a firm in downtown Grand Rapids. She remembers her parents’ lessons and takes every opportunity to serve her community, including supporting Grand Valley students.

“I cannot think of a better way to honor a loved one, help your community and give an opportunity to a student than scholarship money. The costs of education have risen enormously, and every penny helps”

In 2021, Cartwright and her family established the Edward F. & Margaret M. Weist Memorial Endowed Scholarship to honor her parents and their commitment to accessible education. Awarded to GVSU students pursuing careers in political science or public administration, this scholarship encourages our future leaders to value service to the community.

“Talented young people will lead the world forward. There are so many challenges ahead for which their expertise and willingness to serve will be required,” Cartwright said. “My family is excited to be a part of them achieving their goals.”

Back to Your Impact