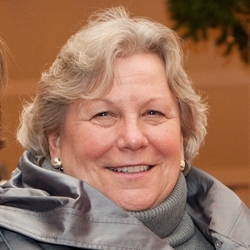 Margaret (Marge) Potter has achieved statewide and regional impact through business and public policy activities. She is currently working on industrial development in southwest Detroit. Marge is a member of the West Michigan Policy and serves on their transportation committee. She also holds board positions at Spectrum Health Foundation and at the Michigan Women's Foundation. Additionally, Marge and her late husband, Paul Potter, endow an annual Grand Valley State University scholarship for a Grand Rapids Public Schools graduate. In 2008, Marge was awarded the Grand Rapids Area Chamber of Commerce's annual ATHENA Award. In 2010, she was honored by the Grand Rapids Business Journal as one of the "50 Most Influential Women in West Michigan," by Crain's Detroit Business' as one of the 100 Most Influential Women, and by the Michigan Women's Foundation as one of the Women of Achievement and Courage.