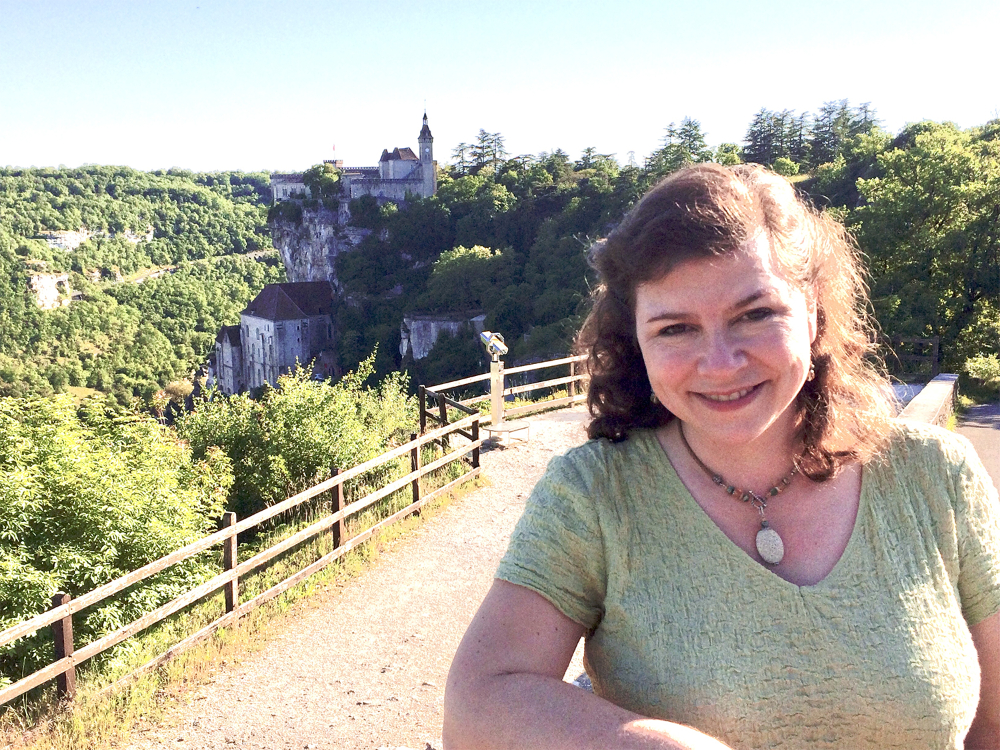 In a new book, Deana Weibel discusses the religious significance of Rocamadour, France, and the impact of tourism on the community.

Deana Weibel, professor of anthropology and interim chair of IRIS, has written a new book, A Sacred Vertigo: Pilgrimage and Tourism in Rocamadour, France, after two decades of research.

The book was released January 31 by Roman and Littlefield. In it, Weibel discusses the religious significance of the cliffside town and the impact tourism has had on the community. She visited Rocamadour many times for research field trips from 1995-2018, including fieldwork for her doctoral degree.

“I’m very interested in how people work, how communities are different, how people’s ideas come from the way they think and the way they talk, and how all of these things are connected,” Weibel said.

Along with religion and pilgrimage, Weibel’s work includes many other topics of cultural anthropology, including linguistics and space exploration.

“I was always really interested in space, but I wasn’t interested in becoming a physicist,” Weibel said. “Anthropology ended up being the perfect lens to see space through, and I was able to explore things like how it can be a sacred space for astronauts.”

Weibel is the co-founder and co-organizer of “Roger That! A Celebration of Space Exploration,” an annual conference held in honor of astronaut Roger B. Chaffee. This year, the conference will be February 18-19 at the Grand Rapids Public Museum.

Chaffee was one of three astronauts who died in 1967 during an on-ground test of the Apollo One spacecraft. A spark caused an explosion in the capsule and killed Chaffee, Gus Grissom and Ed White.

“It was just heartbreaking at the time, and seeing how Chaffee was from Grand Rapids we felt we should do something to commemorate it,” Weibel said. "It's held each year around the time of Roger's birthday."

This year will be the sixth annual Roger That! conference, which will include various speakers and activities at the museum.