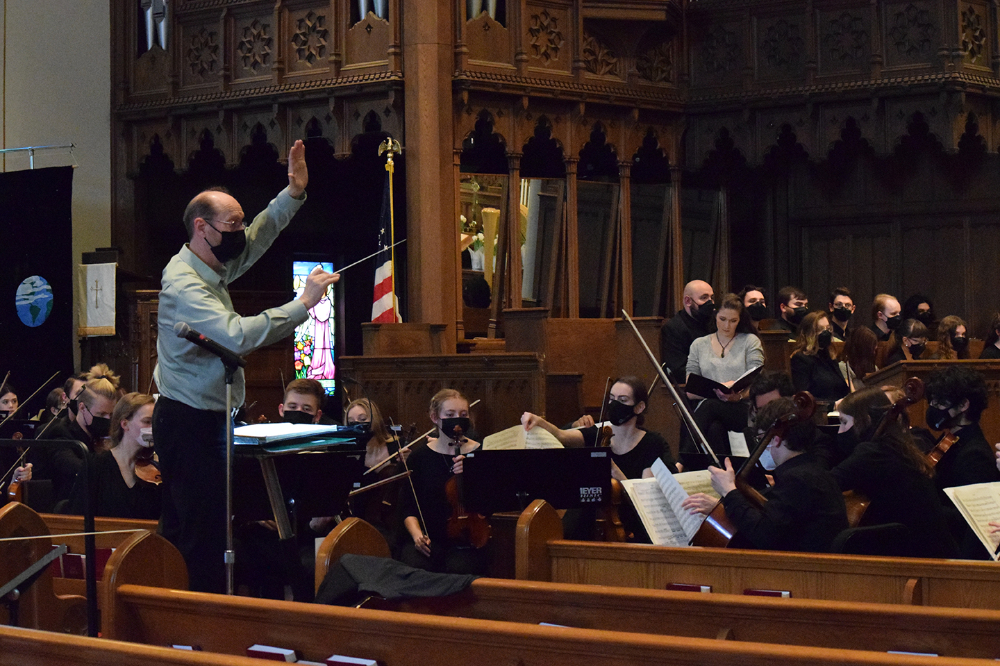 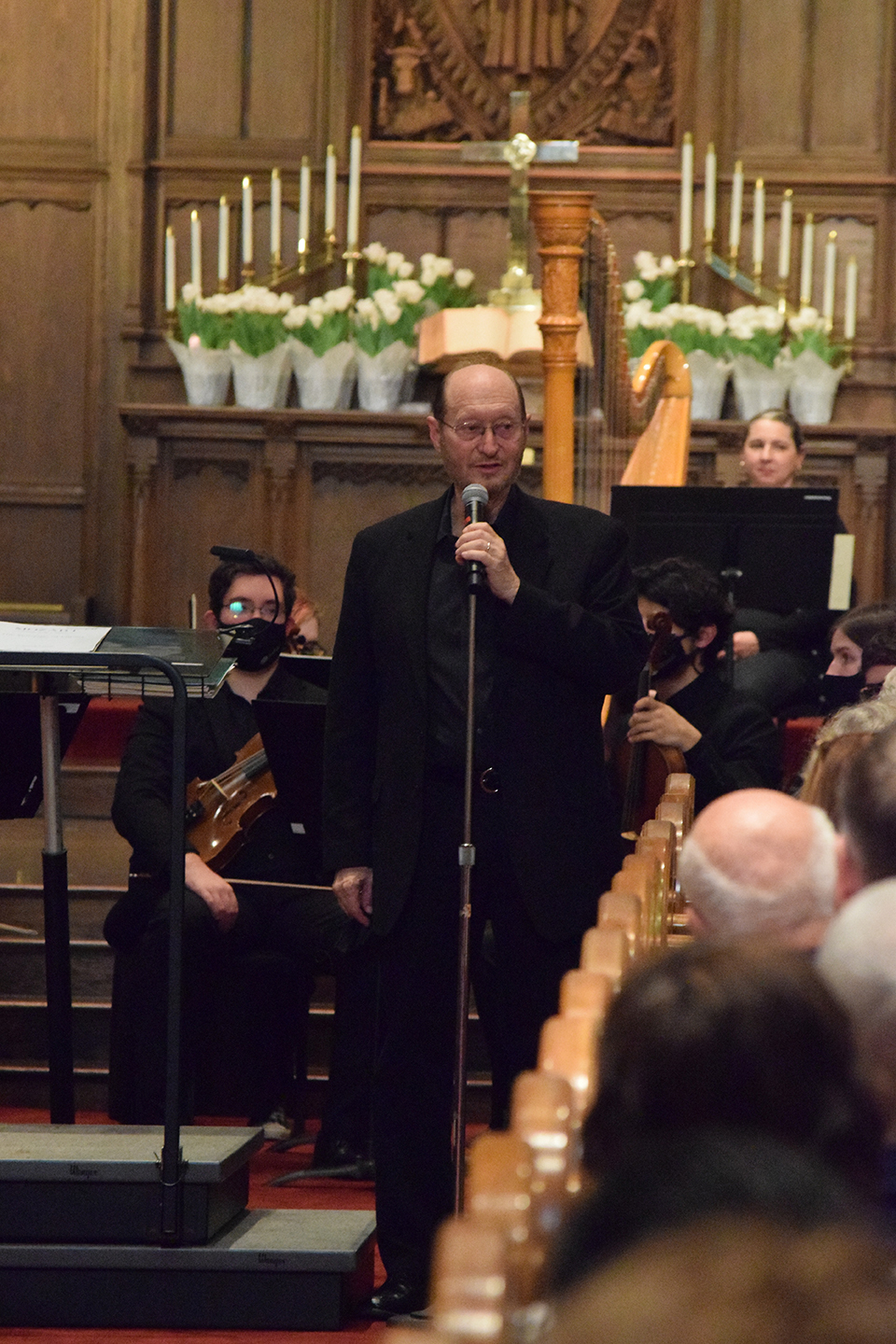 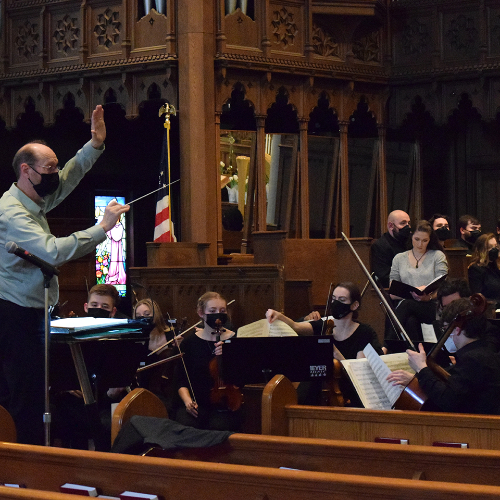 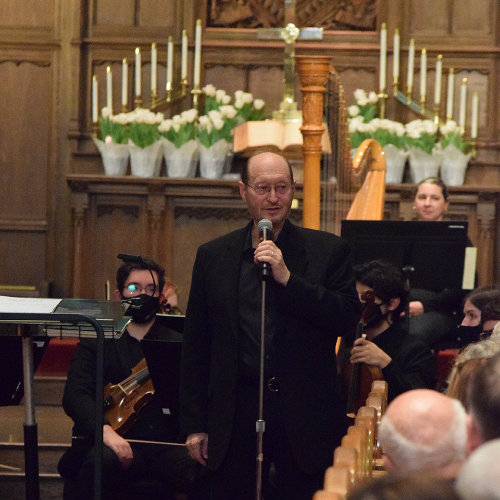 Henry Duitman, retired associate professor and conductor of the GVSU Symphony Orchestra, closed out his GVSU and teaching career with a special concert in April at Park Church in downtown Grand Rapids.

The concert, which showcased music from well-known operas, featured soprano Ashly Neumann, '08, and tenor Min Jin, who served on GVSU's faculty from 2010-2016.

Duitman, who joined GVSU in 2008, called it a "joy to work again with two outstanding singers with whom I have collaborated in the past." Duitman joined Grand Valley's faculty in 2008.

The University Arts Chorale, conducted by Kody Wallace, was also part of the performance.