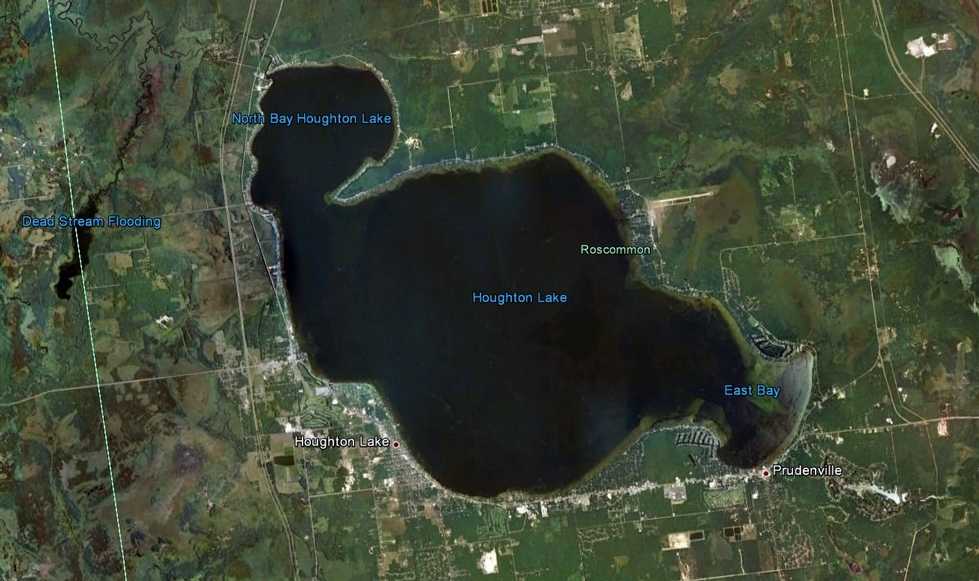 The Upper Muskegon River Watershed (UMRW), while just a small portion of the larger Muskegon River system, is still considerable in size with 603 square miles in land area.  The UMRW lies almost entirely within two counties, Missaukee and Roscommon.  The watershed was once heavily logged, but has substantially recovered from this early abuse and is now primarily forest covered.  The watershed supports many rare plant and animal species and is recognized for its abundant natural resources.  Agricultural land use is limited, but what exists remains significant to the local economy.  There is a great deal of reliance on tourism and a long standing dependence on recreational opportunities.  Much of the population within the UMRW is clustered around Higgins and Houghton Lakes.  The remaining township areas are sparsely populated and rural in character.  Approximately 44% of the UMRW is in public ownership, managed to utilize and protect natural resources.  With that kind of overview, some readers might be asking, “So what’s the problem?”

A substantial part of the UMRW remains in an almost natural state and does not pose any particular nonpoint source pollution threat either now or in the near future.  However, this might change in the long-term if development increases and we see typical road and street construction in combination with growing residential and commercial land use.  The impacts of this growth might be exacerbated with the influence of climate change.  This is probably reason enough to develop a watershed plan.  However, the plan was funded for a very specific and immediate purpose.  This plan was funded because several beaches on Houghton Lake have in recent years experienced persistent and excessive levels of bacterial contamination.  This kind of contamination directly impacts the ability of residents and visitors to safely use and enjoy Houghton Lake.  After talking with local residents we discovered several other issues worth consideration.  We found that both Higgins and Houghton Lakes were experiencing unstable lake levels, have problems with aquatic invasive species, and share issues involving swimmers itch.

These issues and others are highlighted and discussed further in the Draft Upper Muskegon River Watershed Management Plan.  Click here if you would like to review a copy


Page last modified September 17, 2018
Report a problem with this page