AWRI student, Alex Ebenstein, received a grant from the Michigan Space Grant Consortium as part of their Undergraduate Fellowship Program 2013-2014. Alex wanted to test a previously unexplored use for the AWRI UAV platform. His proposal was to use the UAV equipped with a near infrared (NIR) sensor to estimate the chlorophyll concentrations in Muskegon Lake, Muskegon County, Michigan. The infrared sensor used in this experiment was the TetraCam ADC, which created digital images with three bands similar to bands 2 (green), 3 (red), and 4 (NIR) from Landsat 7 (Figure 1). 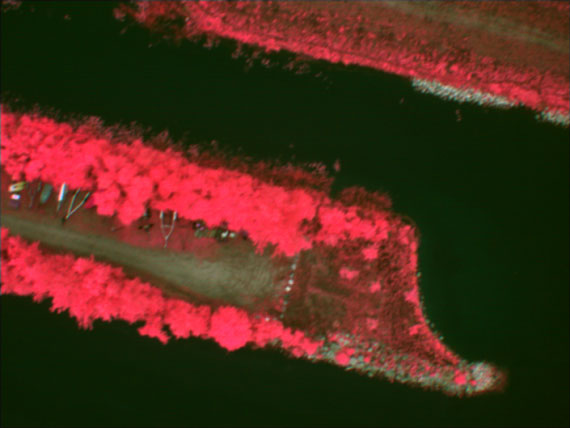 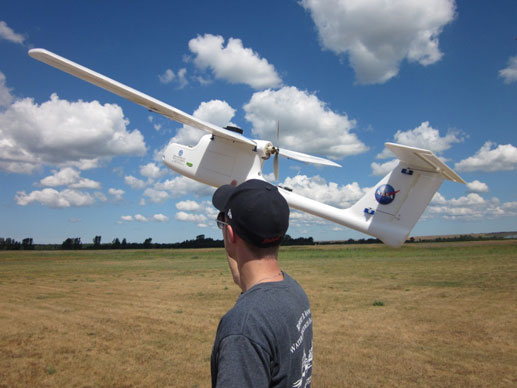 The idea was to capture images of Muskegon Lake using the UAV, and then use regression analysis to compare various ratios of red and infrared bands against the actual measure of chlorophyll concentrations.  Figure 3 shows the best ratio and its corresponding regression model using a 2nd order polynomial trendline. 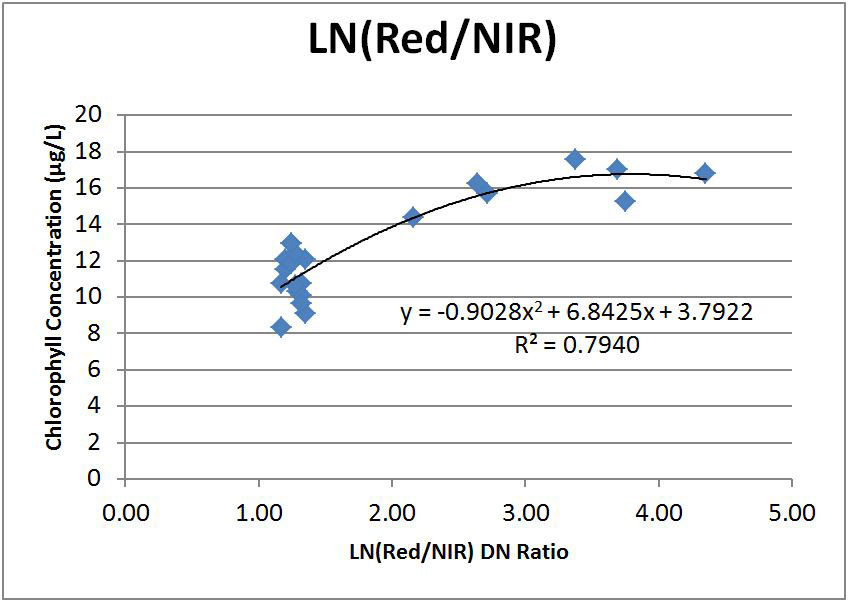 
Page last modified November 21, 2014
Report a problem with this page