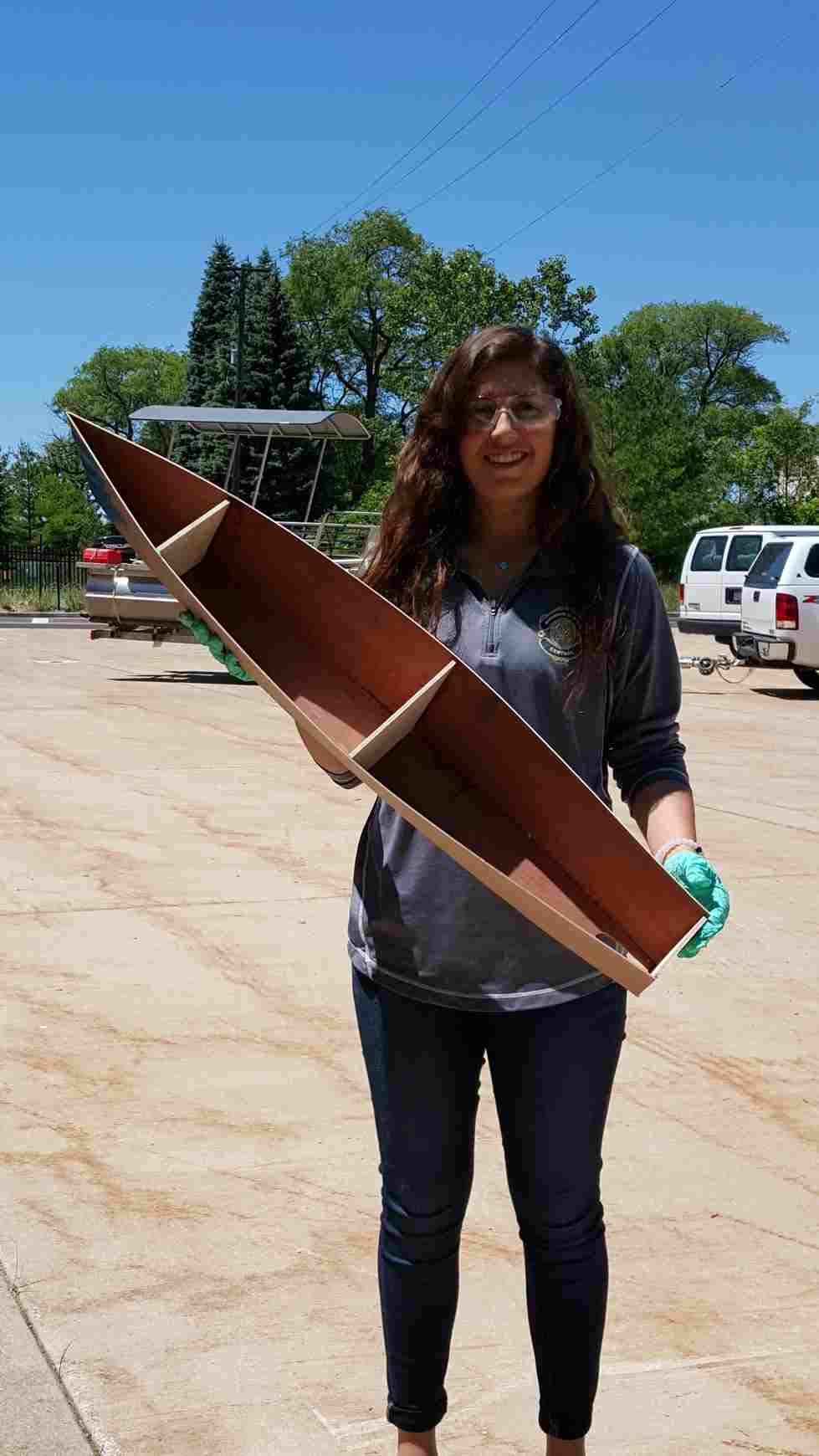 There is growing concern regarding the number of incidents and the potential health risks associated with Harmful Algal Blooms (HABs).  While some scientists suggest the presence and continued inflow of nutrients to affected water bodies is the underlying cause, others point to the increase of surface temperatures and changing climate as contributing factors.  Whatever the reason for HABs, a system for rapid response and early warning is required for those that might ingest or are otherwise exposed to these toxins.  AWRI researchers decided it might be interesting to test the potential use of Unmanned Aerial Vehicles (UAV) in the study of algal blooms.  These vehicles are small, safe, easily deployed, and are gaining in acceptance as valued research tools.  Former AWRI Student Intern Alex Ebenstein was awarded a Michigan Space Grant from the Michigan Space Grant Consortium in 2013 which allowed the first experiments using UAVs on Muskegon Lake.   By the end of the summer 2013, AWRI had developed a methodology that included a stable and dependable aerial platform, a reliable autopilot system and ground control station, and a high precision and calibrated infrared sensor.  AWRI also demonstrated that it is feasible to develop a low-cost alternative to satellite imagery with sufficient spectral and spatial resolution to estimate chlorophyll concentrations in open water with reasonable accuracy.

Even though the use of a UAV in the analysis of algae concentrations proved worthwhile, there were some logistical challenges which led AWRI Associate Research Scientist John Koches to consider several options.  The 2013 experiments involved the use of a fixed wing aircraft and there seems to be some advantage to a craft with vertical takeoff and landing capabilities.  Efforts undertaken in 2013 also suggested a continued need to conduct in water measurements to complement the imagery gathered by the UAV.  As a result, AWRI began to consider the practical use of multirotor UAVs over water.  It also began the construction of a multi-hull Autonomous Surface Vehicle (ASV) during the summer of 2015.  AWRI will use “follow-me” capabilities currently available with the autopilot and telemetry systems employed to create a wireless link between the surface and airborne vehicles so they are able to work in unison to take environmental measurements.

Gabriel Thelen, GVSU Engineering Student and 2015 recipient of the  R. B. Annis Foundation Undergraduate Summer Internship, helped in the design and construction of the ASV in 2015.  Thelen was recently awarded a 2016 Michigan Space Grant from the Michigan Space Grant Consortium to continue AWRI algal bloom research.  The goals for this new project are 1) further testing of UAV components including the integration of the ASV technology, and 2) assess the practical use of alternative NIR sensors for the measure of lake chlorophyll concentrations.

Work on the AWRI "BoatBot" continues.  Make sure to click HERE for an update!


Page last modified February 13, 2020
Report a problem with this page