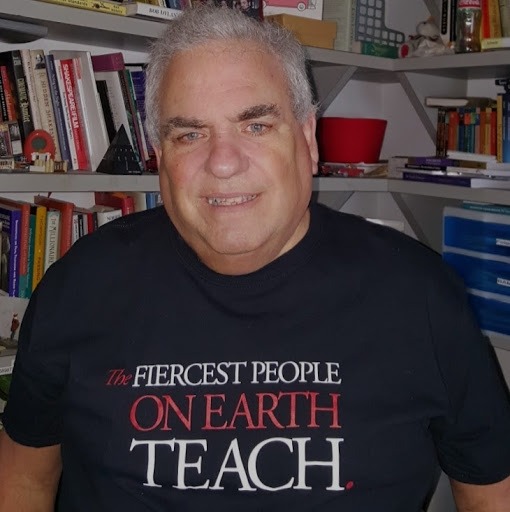 Michael LoMonico shows his passion for Shakespeare by writing, speaking, and leading workshops whenever and wherever he can. It is his goal to change the way that Shakespeare is taught in this country, and so far he has taught Shakespeare courses and workshops for teachers and students in 38 states as well as in Canada and England.

Michael is the Senior Consultant on National Education for the Folger Shakespeare Library in Washington, DC. Since 1986, he has worked at the Teaching Shakespeare Institute at the Folger as the Institute Director and Master Teacher and. He has organized and directed two-day and week-long Folger Institutes across the U.S.  He also serves as Secretary for the Shakespeare Theater Association.

Michael is the author of a novel, That Shakespeare Kid and the reference book, Shakespeare 101, published by Random House. He recently published the Second Edition of The Shakespeare Book of Lists.  He was the founder and editor of Shakespeare magazine, published by Cambridge University Press and Georgetown University. He was an assistant to the editor for the curriculum section of all three volumes of the Folger Shakespeare Set Free series, published by Washington Square Press. He was also the technical editor to The Complete Idiots Guide to Shakespeare. Michael taught high school English on Long Island for 33 years and English Methods at Stony Brook University.


Page last modified January 24, 2018
Report a problem with this page