Grand Valley State University (GVSU) is a public liberal arts university located in Allendale, Michigan, United States. The university was established in 1960, and its main campus is situated on 1,270 acres, approximately 12 miles west of Grand Rapids. Classes are also offered at the university's growing Pew Campus in Downtown Grand Rapids, Meijer Campus in Holland, and through centers at Muskegon and Traverse City established in cooperation with local community colleges. 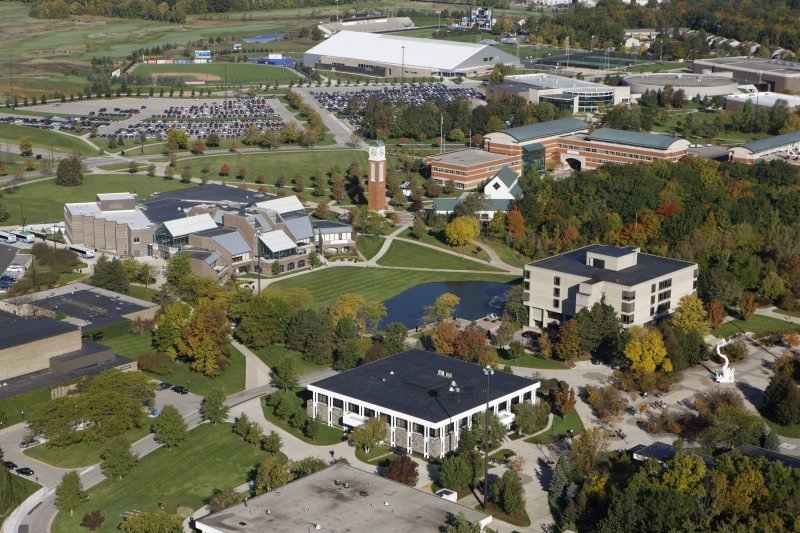 The University's main and original campus in Allendale is the location of most of the university's programs. The Allendale campus is composed of 1,280 acres perched above the Grand River next to a system of ravines and is divided into two areas, north and south campus, separated in the middle by West Campus Drive. State highway M-45 links the campus in suburban Allendale to US Highway 31/Lake Michigan to the west and Grand Rapids, Michigan to the east. Lubbers Stadium, the GVSU Fieldhouse and all other athletic facilities for the school's 19 varsity sports are also located on the Allendale campus. The campus is dotted with many sculptures including Dale Eldred, Joseph Kinnebrew and James Clover. Academic facilities on the Allendale campus include: 122 classrooms, 144 research laboratories, 20 lab prep rooms, 21 computer labs, and the Zumberge Library.


Page last modified January 24, 2018
Report a problem with this page