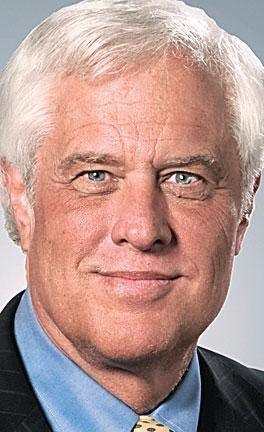 Jim Spaanstra graduated from GVSU in 1974  with a major in political science. He received his JD from the University of Michigan in 1977. He was recognized by GVSU College of Liberal Arts and Sciences (CLAS) through the 2005 CLAS Distinguished Alumni-in-Residence program. Jim and his wife Sue were major contributors to the department's William Baum Endowment and also funded one of the hotel rooms at the GVSU Alumni House.

Jim offers a nationally recognized practice in environmental law. His practice has focused principally on counseling commercial, industrial and governmental clients regarding compliance and enforcement matters involving the federal environmental laws (e.g., RCRA, CERCLA, SMCRA, NEPA, EPCRA, CAA and CWA) and their state counterparts, with a particular emphasis on advising national commercial solid and hazardous waste management companies regarding the siting, permitting, operation and remediation of commercial solid and hazardous waste management facilities throughout the country.

Over the past 35 years, Jim has actively participated in the drafting and development of environmental laws and regulations at the local, state and federal levels. Most recently, he has been involved in the establishment of voluntary cleanup/brownfields initiatives throughout the United States.

Jim began his career as a staff attorney for the Council on Environmental Quality in the Executive Office of the President of the United States, where he helped advise President Carter regarding national environmental policy.

He then spent more than 25 years in private practice, developing one of the largest and most diverse environmental practices in the Rocky Mountain region.

GVSU Political Science Professor Bill Baum was a friend and mentor for Jim his entire career until he passed away just a few years ago.

“I still reflect on ‘what would Bill think’ when I approach crossroads in my life. In his honor, Sue and I helped establish the William C. Baum endowment at GVSU a couple of decades ago. That endowment continues to fund bringing 'up and comers' on the national political scene to Grand Valley. Indeed, one of the last Baum Fund events Bill attended was in 2006 when  President Haas, Dr. Richards, Bill, and Jim welcomed the then junior US Senator from Colorado, Ken Salazar to campus. Ken went on to serve as the US Secretary of Interior for the Obama Administration."