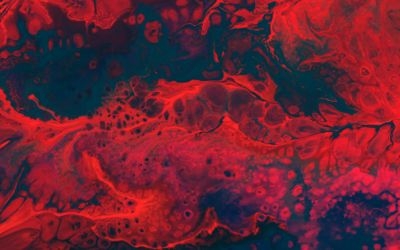 In this series, we are exploring the most common types or causes of memory loss and dementia. Vascular dementia is one of those causes of dementia that is seen quite frequently.

What is vascular dementia?

The word “vascular” refers to the veins and arteries that carry blood around our bodies. Any type of vascular disease is a problem with blood flow in some part of the body. The most common vascular disease you might recognize is stroke, which is a lack of blood flow to the brain. Vascular dementia, similarly, is what we call cognitive problems that are related to blood flow in the brain.

A stroke or series of strokes may cause vascular dementia by blocking blood flow to the brain. Depending on the severity and location of the stroke, different brain functions may be affected like memory, planning, or judgement. A stroke may be a major event, or it may be a small stroke or series of strokes that was not even noticeable. Vascular dementia may also be caused by other issues that do not allow the brain to get the oxygen it needs to function well.

Vascular dementia occurs most often in adults over the age of 65. Risk factors for getting vascular dementia include history of heart attack, strokes, high cholesterol, high blood pressure, smoking, diabetes, or other issues with blood flow or blood vessels.

The symptoms of vascular dementia may differ from person to person but will likely include some combination of problems with concentration, making decisions, organizing, planning, and memory. A diagnosis of vascular dementia is usually made based on the symptoms that appear and the person’s history with stroke or problems with the heart or blood vessels. Lab tests, neurological exams, and brain imaging may be conducted to help determine the diagnosis and rule out other causes of the dementia.

Vascular dementia is progressive, but decline may be prevented or slowed by improving the health of a person’s heart and blood vessels. This might include medications and/or lifestyle interventions to help manage blood pressure, cholesterol, and potential blood clotting.