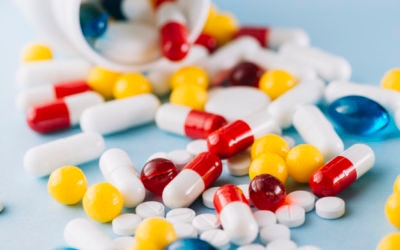 For mild to moderate Alzheimer's there are three medications commonly used. These include Aricept (donepezil), Exelon (rivastigmine), and Razadyne (galantamine). These drugs are called cholinesterase inhibitors and help by preventing the breakdown of a brain chemical that researchers think is integral in memory, learning, and thinking.

In individuals who are in the moderate to severe stage of Alzheimer's, medications such as Namenda (Memantine) and Namzaric (a combination of both Aricept and Namenda) are used. One of the benefits to these medications is that they can help an individual with Alzheimer's be able to complete self-care tasks on their own for a longer period of time than if they did not take these medications. Aricept and the Exelon patch can also be used in an individual with moderate to severe stage of Alzheimer's.

As with any medication, there can be side effects. It is also important to make sure that the doctor prescribing the medication is aware of all other medications being taken including supplements such as vitamins to prevent any adverse drug interactions.

An individual with Alzheimer's Disease may also suffer from symptoms such as anxiety, depression, difficulty sleeping, paranoid thoughts, and agitation. These symptoms can be treated by medication, but it is important to follow a doctor's advice closely, as some of these medications can also have side effects which can make confusion worse.