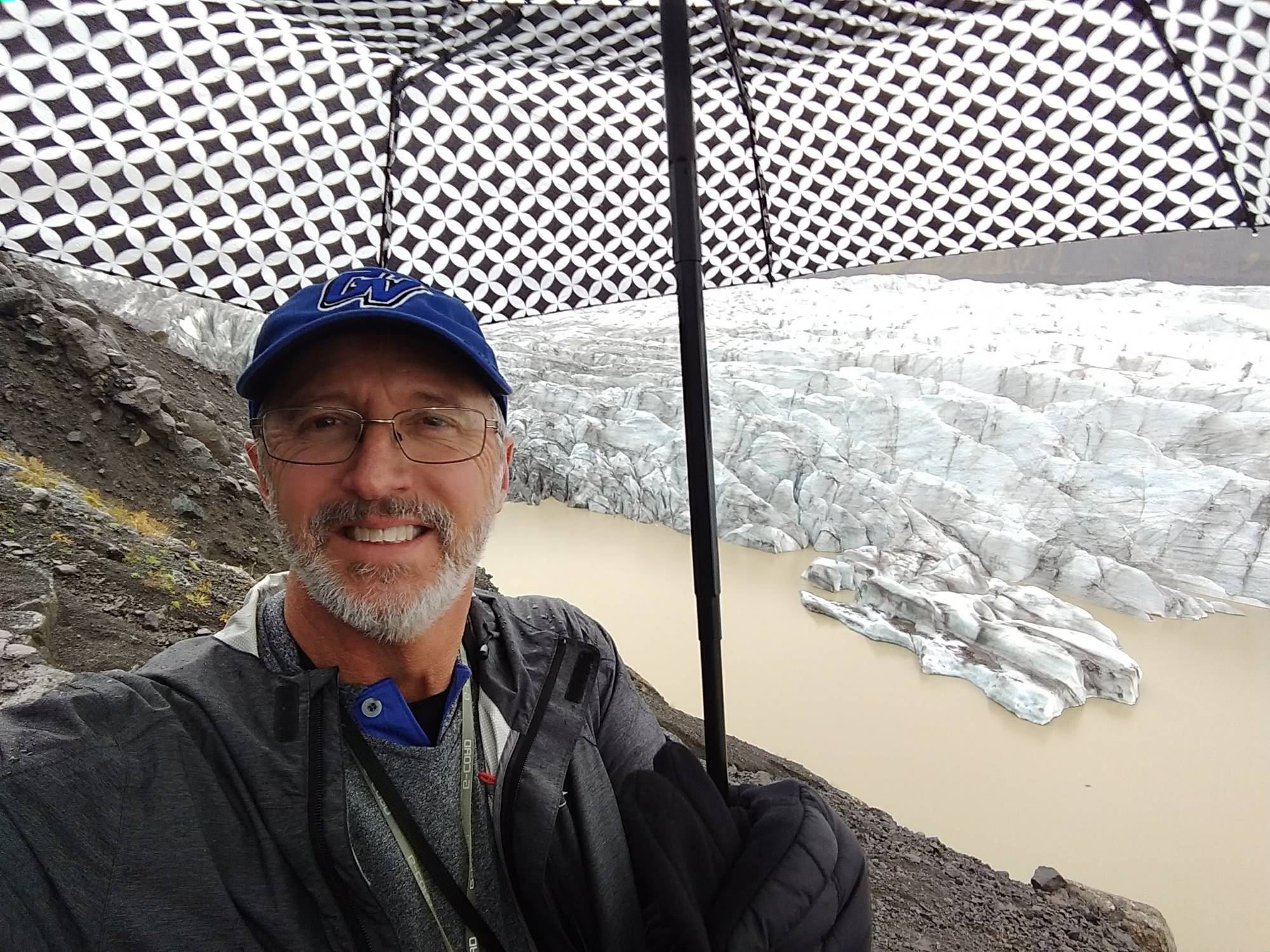 Peter Wampler: I am excited about the Making Waves Initiative (MWI) because for the last 20 years the focus of my academic and professional career has been different aspects of water and how humans impact water resources through their actions. When the provost announced the Making Waves about Water Initiative I knew that I wanted to be involved and support it in any way I could.  I have a great appreciation for the power of collaboration and the power of working across traditional disciplinary boundaries. I look forward to working with students, faculty, staff, and community partners to learn and grow in unique and compelling ways around the central theme of water.

I am a broadly trained environmental geologist, geomorphologist, and surface water hydrologist with a background in both academic and government regulation of mining and storm water.  I received a PhD in 2004 for work on human- and climatic-induced changes along the Clackamas River in Oregon. Since coming to GVSU in 2004  I have worked with undergraduate and graduate students on applied geoscience research: 1) evaluating GVSU’s storm water runoff footprint and assisting in designing Best Management Practices (BMP) for GVSU (www.gvsu.edu/stormwater); 2) investigating water resources, water treatment, and groundwater contamination pathways in rural Haiti (www.gvsu.edu/haitiwater); 3) evaluating human impacts to river systems resulting from dams and other structures (http://faculty.gvsu.edu/wamplerp/ ); and 4) Using Geographic Information Systems (GIS) to create household radon hazard maps for Michigan using geologic data. I have travelled to Haiti numerous times since 2007 to work on water resources issues and safe-water interventions.  Since 2016, I have led three groups of GVSU students on a 4-week study abroad to Haiti where students engage in service learning projects, ecotourism, and water resources investigations (www.gvsu.edu/haitistudyabroad). 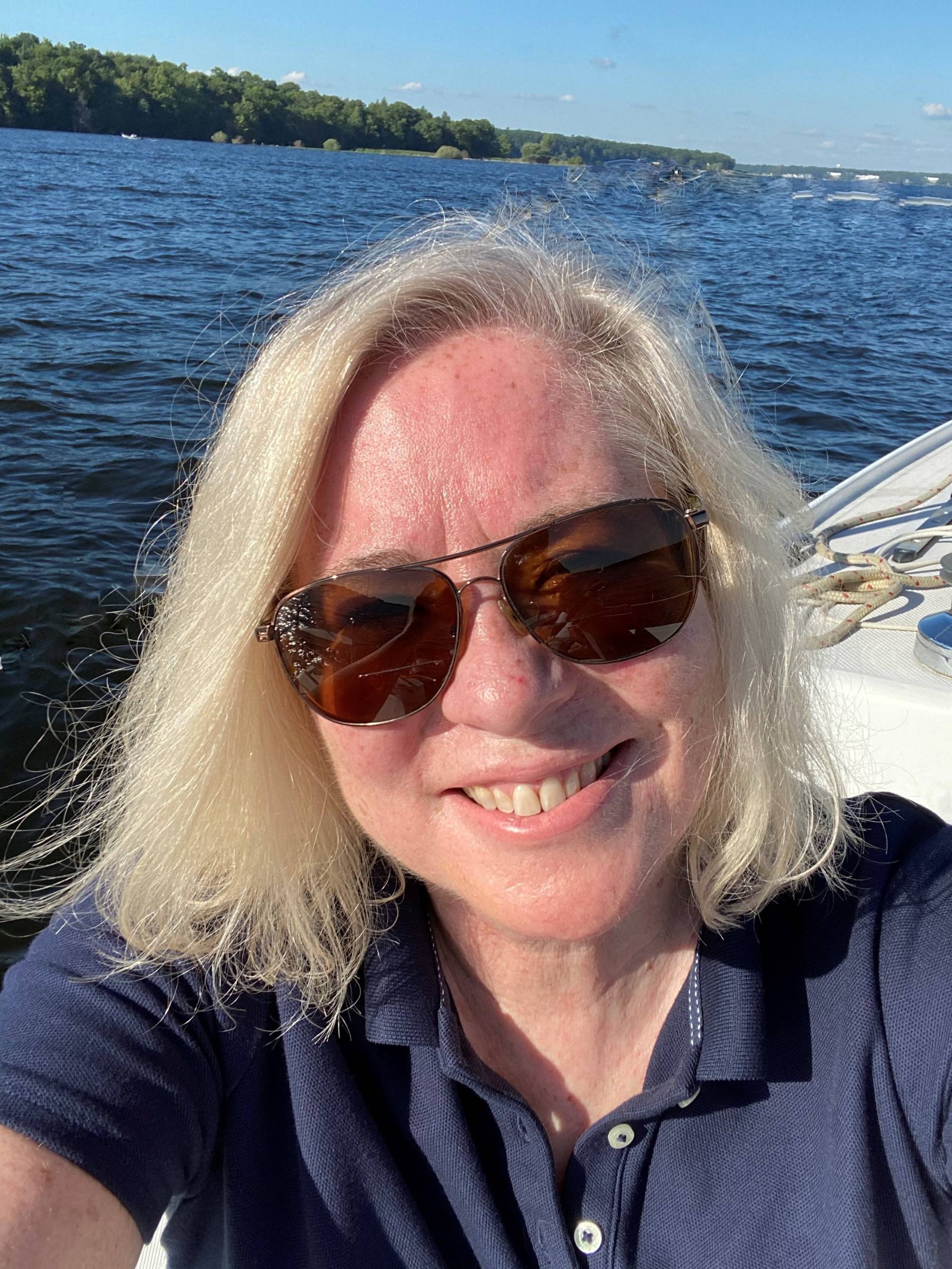 Kathy Agee:  My love affair with water started at Gull Lake, Michigan.  I'm one of those lucky people who grew up with water in their backyard, and near Kellogg Biological Station and Bird Sanctuary.  This immersion in aquatic nature inspired me to pursue my Bachelors Degree in Biology and Secondary Education at Western Michigan University, so that I could share my passion for the natural world with students. As a science teacher, I taught 12 years at Rockford Middle School.  (Yes, middle school students are my favorite!)  After receiving my Masters Degree in Science Education from WMU, I joined the Regional Math and Science Center in 2009 as the Science Program Coordinator, where I have the privilege of supporting students and teachers in STEM.

My family (including our chihuahua) and I can often be found kayaking on the local rivers and or sailing on Lake Michigan.

We are so fortunate to live in a state with over 11,000 lakes!  I hope that no one in Michigan takes this for granted.  By being on the MWILT I hope to encourage K-12 students and educators, GVSU students, and the community to learn more about the science and romance of water that surrounds them - including the history of the native peoples, so that they may be inspired to "soak" in the wonder of nature and fight to protect this precious supply of fresh water. 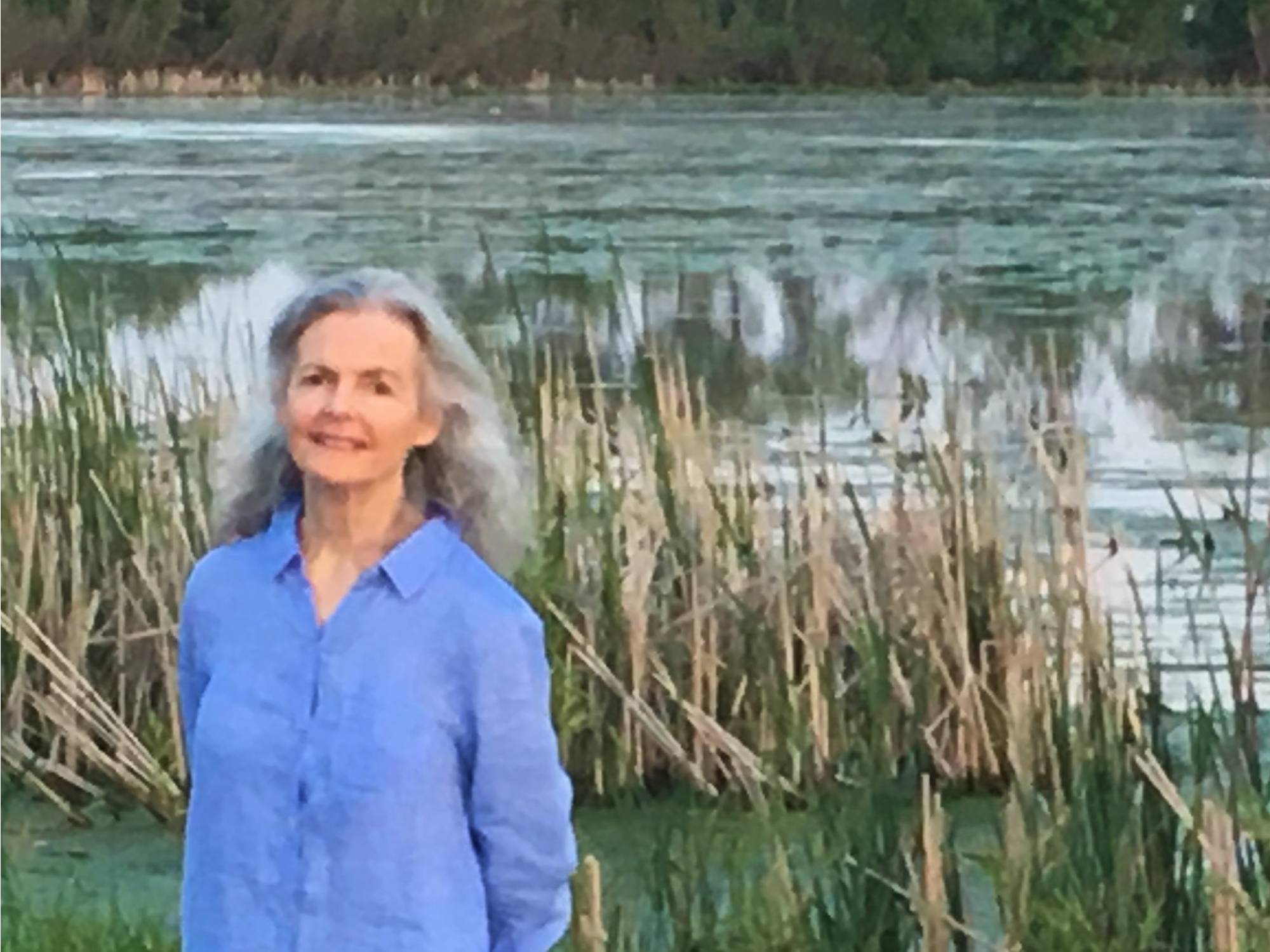 Nancy O'Neill: I have always lived near water.

As a child, growing up near the Pacific Ocean in Southern California, I would watch the waves roll in along the shore and gauge when to dive in before they crashed.  When a large wave caught me and turned me upside down before letting me go, I learned a lesson about the physics of waves.

I chose to attend UC Santa Barbara because it sits on cliffs overlooking the Pacific Ocean, where I could watch and hear the waves.  In oceanography, my all-time favorite course, I learned about how waves form and transfer energy.

In graduate school at UCLA, I studied development economics, with the goal of working in sustainable development in Latin America.  I joined an interdisciplinary team from several universities in Southern California in a year-long study of the effects of a major dam project in Mexico.  I then spent three months in Mexico traveling by boat to villages surrounding the reservoir, interviewing fishermen to understand the economic, environmental, and health effects of the dam project on their families.

When my husband was offered a position at GVSU, we left Santa Barbara, where I was teaching, and we moved to Grand Haven near Lake Michigan, which, he assured me, had powerful waves and beautiful sunsets.  At Grand Valley, I have taught Design Thinking for Social Innovation and Introduction to Environmental and Sustainability Studies part-time in Brooks College.

I am delighted to be part of the Making Waves initiative. 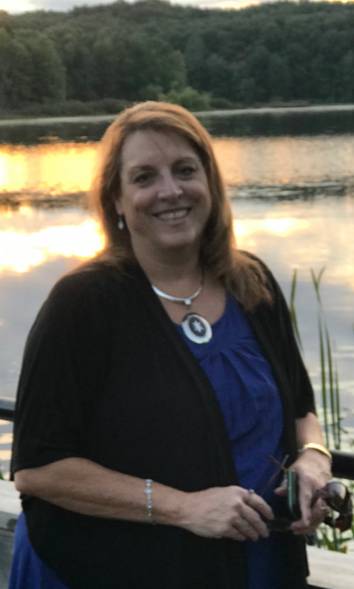 Currently living on the Bear Creek near Cannonsburg, I’m surrounded by water and am so grateful to also have the opportunity to spend time at our lake house in Baldwin, Michigan and participate in all sorts of water activities.  My summers are occupied with boating, swimming, fishing, with Winter weekends filled with ice skating, snowmobiling and watching tip-ups set for ice fishing.

It is a pleasure to work with my creative, forward-thinking colleagues as we explore the life force of all things water.


Page last modified June 29, 2020
Report a problem with this page