Get Registered Now! We can help by connecting you to your faculty advisor. Go to Registrar or Brooks College of Integrative Advising

Integrative Studies students participate in a variety of activities, events, scholarship and research. To learn more about their involvement, see the stories below and check out the video spotlights and web spotlights! 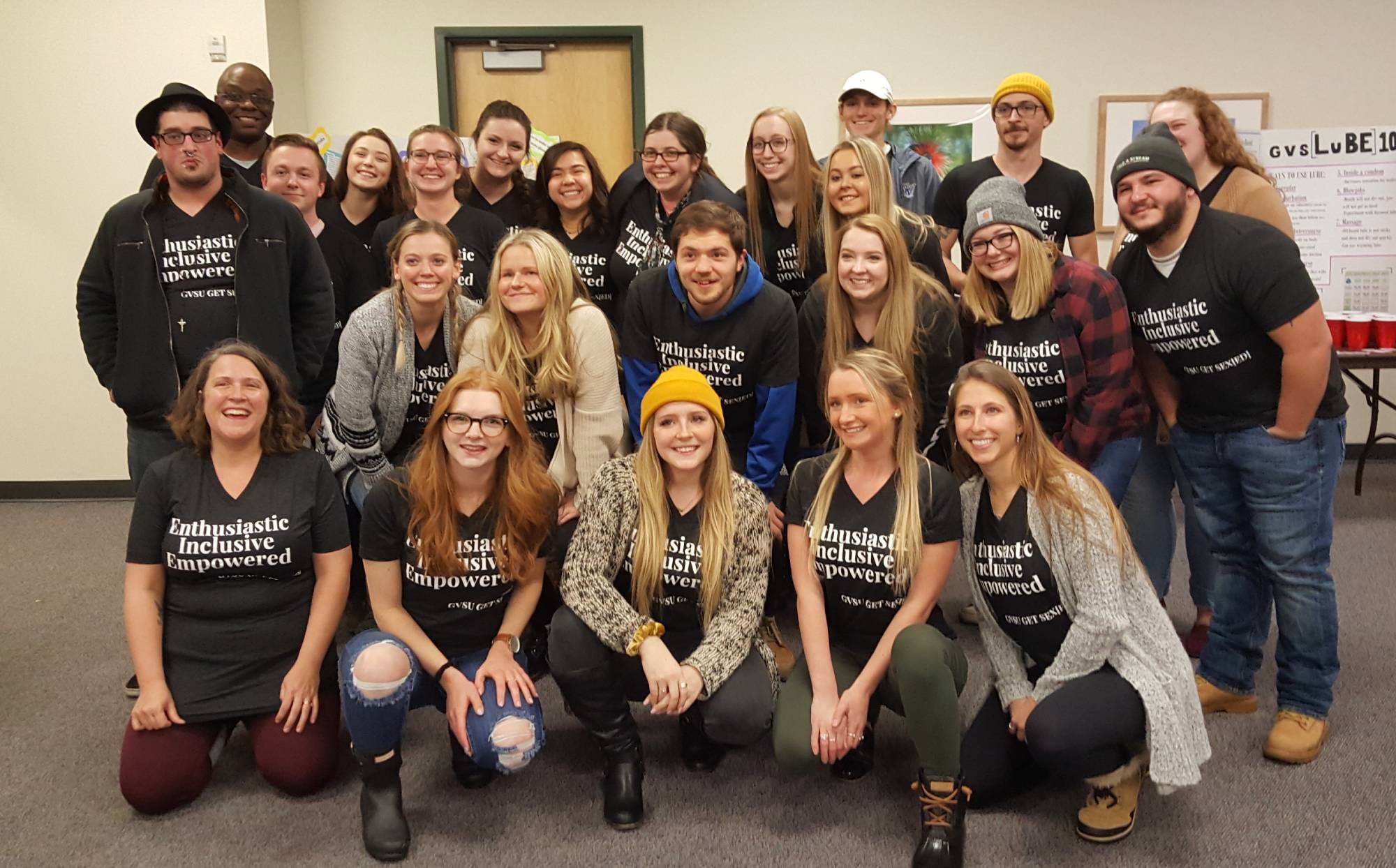 The Fall 2018 2nd Annual "Get Sex(Ed) Fair" was a huge success with 100% of event evaluation respondents reporting feeling more knowledgeable about safer sexual practices after the fair, and over 70% felt their knowledge about consent increased. More than 100 students visited during the event held in KC 2263 between 6-8 p.m. on Monday, Nov. 26th. Big thanks to sponsors, class participants and students! 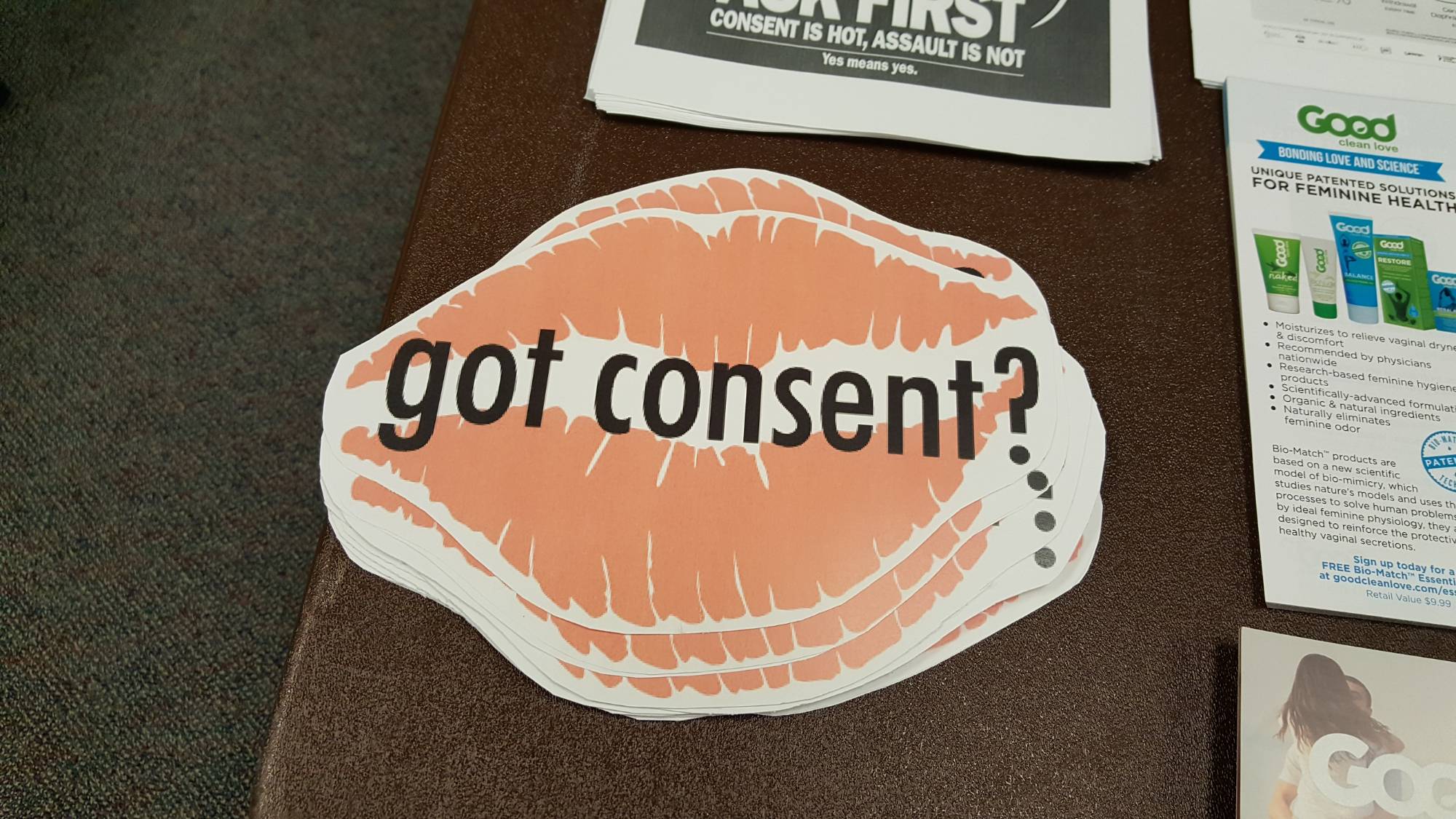 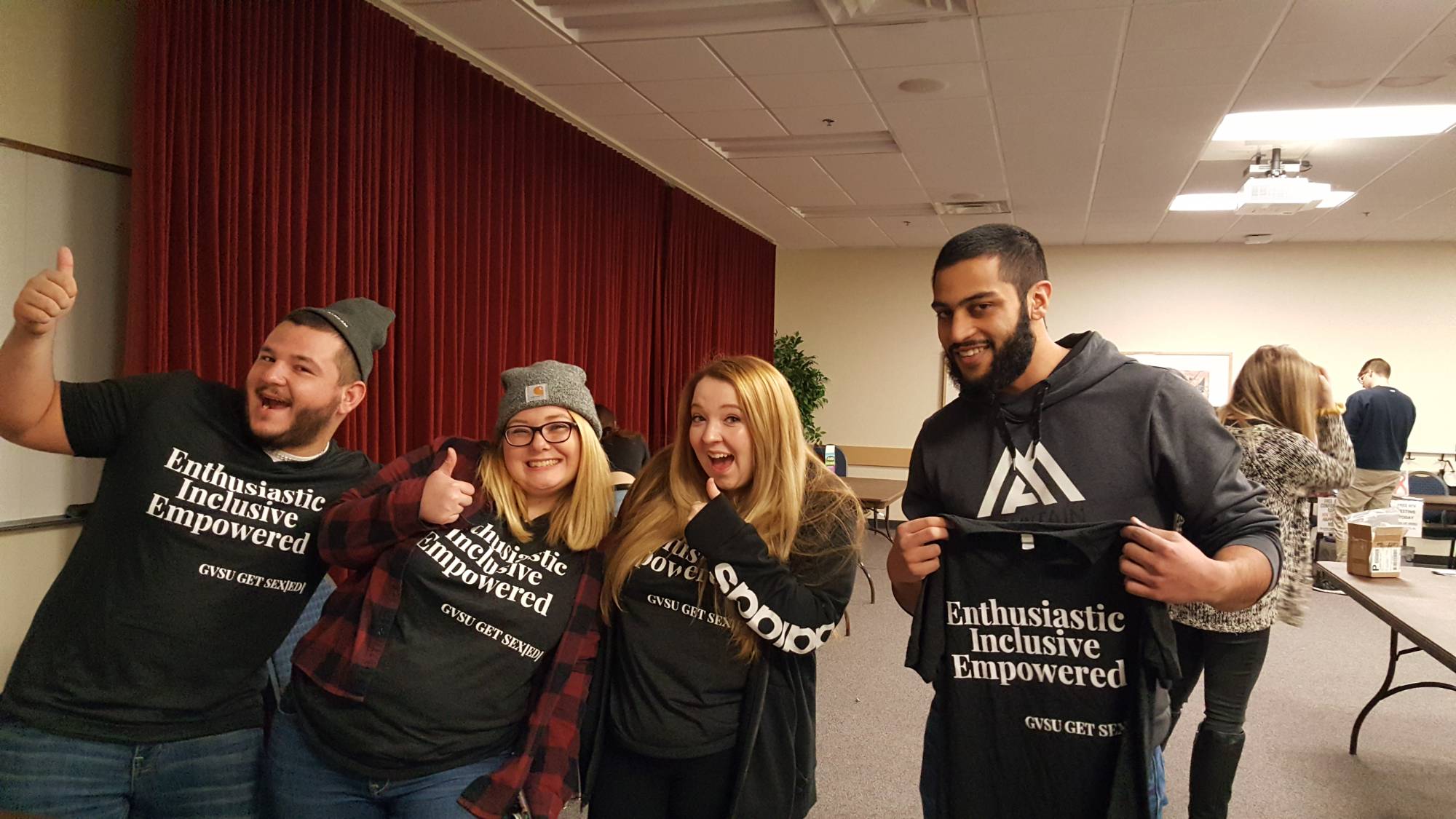 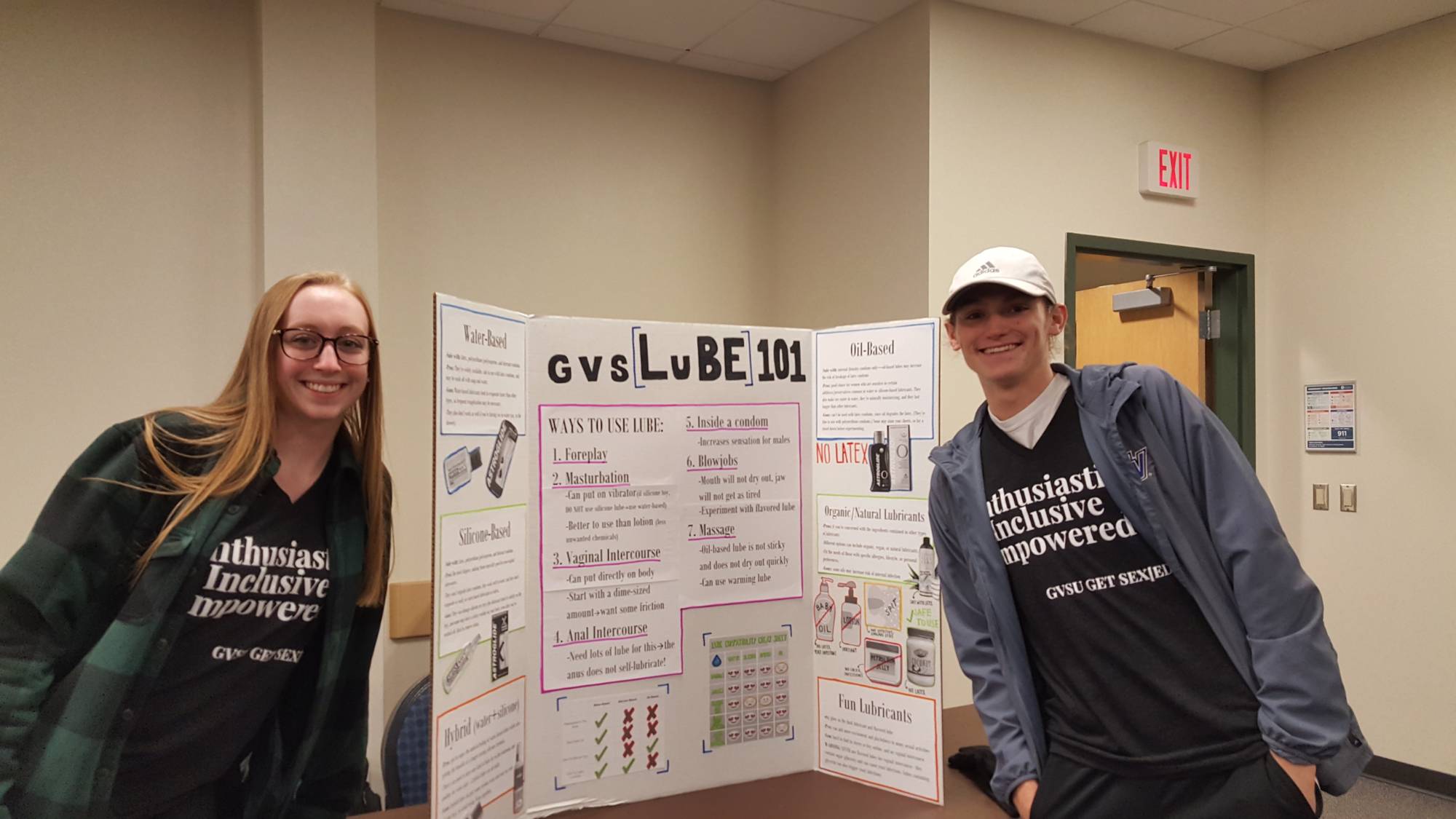 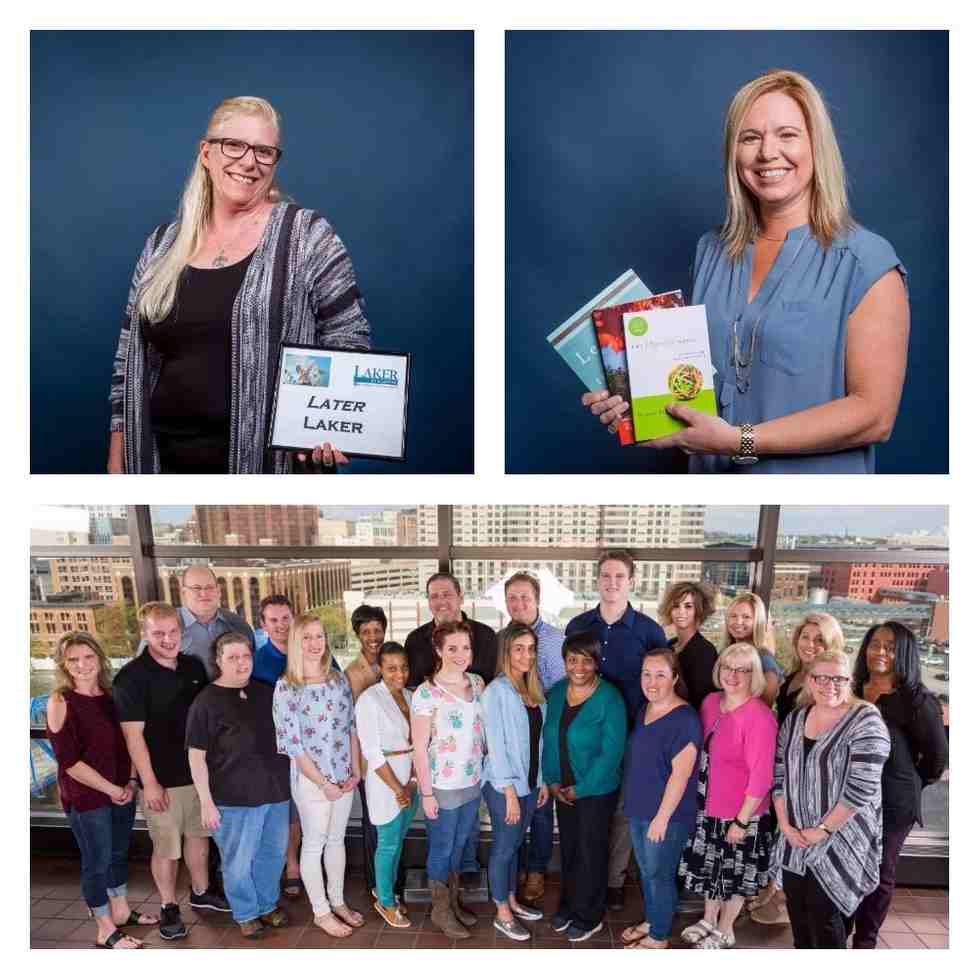 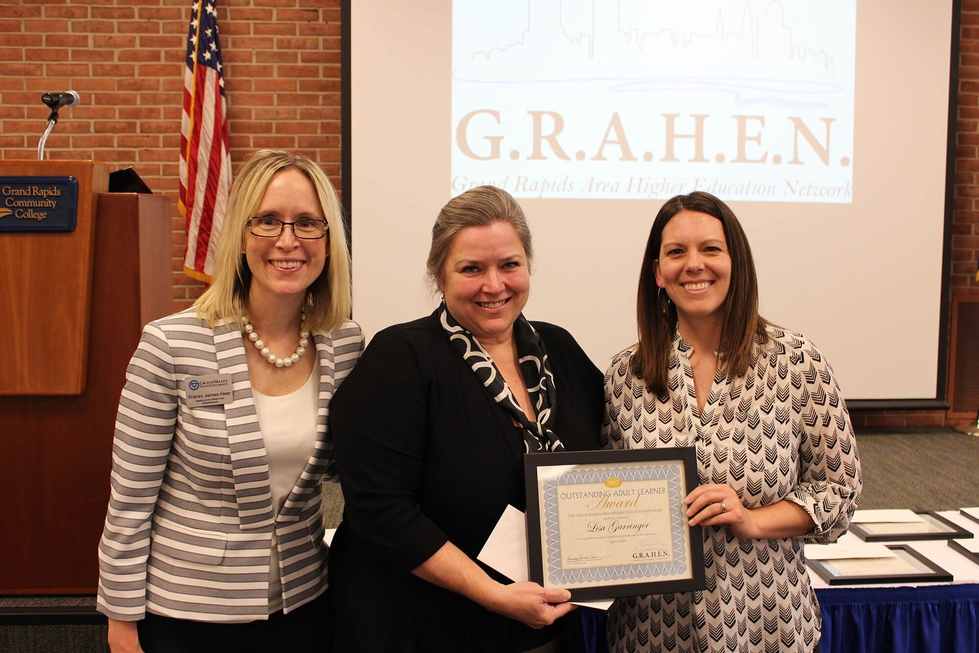 Garringer completed the first year of Grand Valley's Liberal Studies Accelerated Leadership program. It allows participants with earned college credits to complete a bachelor's degree within 19 months. Garringer said that was the program's initial appeal, but she soon learned it offered more than timely degree completion. 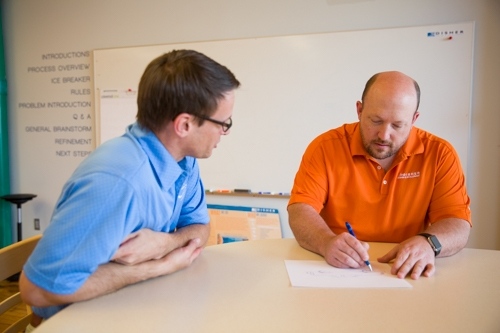 Read the full story on how the CAD model is simplifying the process for residents to acquire a building permit before installation.

Hannah Fernando was recognized during Mayor Heartwell's State of the City address as one of a group of students who worked together on a list of ten ideas for attracting and retaining talent in Grand. Fernando was asked to make remarks during the address.

Cathy McCall – Administrative Services Coordinator, has been selected as an NMC Employee of the Semester for summer 2014. Cathy has displayed the values of Northwestern Michigan College as described below.

The full story is available through the NMC Communiqué!

Named one of Traverse City's 40 Most Influential Under 40
The list, published every September, highlights the forty most influential individuals in the region under age 40.
To narrow the field from more than one hundred nominees to the final forty, the judges look first and foremost at each applicant's overall impact in the region over the past year, as well as leadership in the workplace and community involvement. 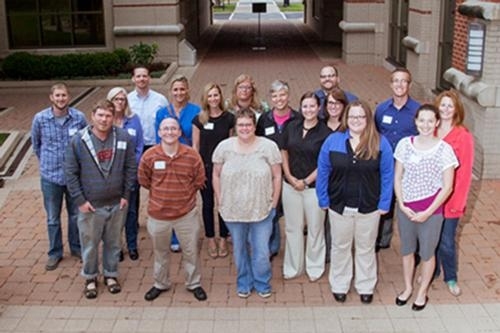 Students in the first cohort of the Liberal Studies Leadership Program met for orientation August 12 at the DeVos Center.

Anne Hiskes, Dean of the Brooks College of Interdisciplinary Studies, welcomed students; the program is housed within the college. Simone Jonaitis, executive director of the Center for Adult and Continuing Studies, said students then heard from faculty members who will be teaching courses in the program in addition to other staff members who will serve as resources for the 19-month accelerated degree program.

Students enrolled in the program take one five-week class at a time at the Pew Grand Rapids Campus; it’s geared toward working adults who have earned about 72 credits and are at least 24 years old.

A second cohort will begin at the Meijer Campus in Holland in the winter semester. For more information, visit www.gvsu.edu/lead19.

Established in 1987, the scholarship is awarded to students who have intentionally combined their classroom learning with practical experiences to focus on justice and peace issues in their home communities or abroad.

Flees (left) and Bertodatto (right) were among a group of students from the Traverse City area selected for the fellowship by U.S.-Brazil Connect, an organization that works to strengthen educational ties between the U.S. and Brazil. Flees and Bertodatto have spent the last month connecting online with their assigned Brazilian teens, and will live in Brazil for a month-long internship where they will work with the teens to improve their English skills.

Marsman graduated with honors in April 2013, receiving her degree in Liberal Studies with minors in Philosophy and Psychology.

Jane plans to continue her education, pursuing a Master's degree in Education.

Dmitri Westbrook will graduate from the Liberal Studies program in April 2013 with an emphasis in Breaking Systems of Oppression. Westbrook plans to pursue  a graduate education in an interdisciplinary field.

Westbrook is an active student and is a member of Act on Racism, ReACT!, Office of Multicultural Affairs ambassador

program, in addition to serving as a resident assistant.

Westbrook also received the Positive Black Woman Scholarship in 2012, making history as the first male to receive the scholarship. 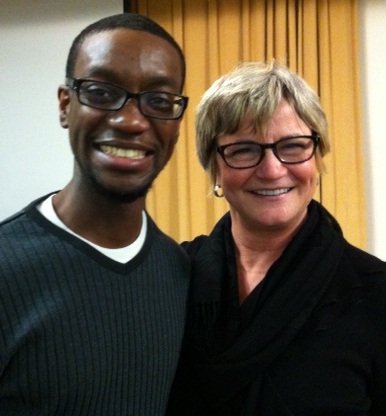 Sherri Slater will graduate from the Liberal Studies program in April 2013 with an emphasis in Non Profit Leadership with an focus on Women's Motivation. Slater is actively engaged in not only the Grand Valley community, but also the Muskegon community in which she resides. Slater has has worked on projects to increase the reach of the arts in her Muskegon community. She is also an actor and playwright, having written one play and currently at work on another play and a performance lecture.

Slater has also received the Athena Scholarship, and was most recently named the Glen A. Niemeyer Outstanding Student.


Page last modified June 4, 2019
Report a problem with this page