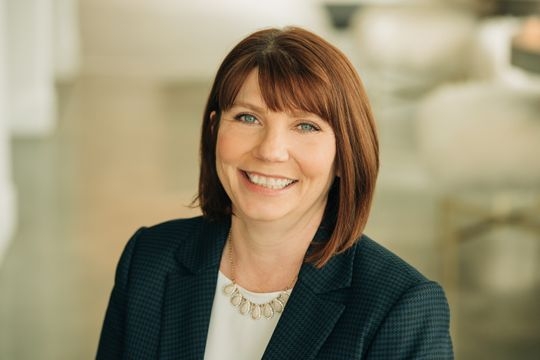 A principal planner from the Bay Area community of Redwood City will take the reins of Moorpark’s Community Development Department on Feb. 25.

“Ms. Vaughn possesses all the skills required of a community development director and brings a positive, approachable management style that will be a tremendous value-add for Moorpark,” Brown said in a statement.

Vaughn succeeds David Bobardt, who retired in December after 16 years with the city.

As director, Vaughn will receive an annual salary of $168,542, according to Moorpark city officials.

This will be Vaughn’s first time to live and work in Ventura County. She has made stops here at the Ronald Reagan Presidential Library & Museum and recalled its sweeping views of the region.

“That was the image that came to mind,” she said when she learned of the job opportunity in Moorpark.

What’s ahead for High Street?

Vaughn has spent the last six years in Redwood City, directing development projects from single-family to large-scale, mixed use, according to Moorpark officials. She also oversaw the revitalization of the historic downtown in Redwood City, which has a population of about 86,000 and is about 30 miles south of San Francisco.

Vaughn said she helped ensure development complemented the downtown’s historic buildings, including a courthouse and theater. A big part of that plan was allowing new development to occur that “didn’t detract from these jewels.”

“I’m hoping that translates well when we start looking at High Street in Moorpark,” she said.

Vaughn said the goal is to “activate the outdoor space along that street.”

Already, the city’s downtown has restaurants with outdoor seating, the High Street Arts Center, the Metrolink station and nearby parking. The city can look at other activities that draw people to the downtown.

“It’s trying to get over the tipping point,” she said.

In addition to professional memberships, Vaughn holds a bachelor’s degree in city and regional planning from Grand Valley State University in Michigan and recently completed coursework at Stanford University’s Graduate School of Business. She has also worked in communities in Florida and Louisiana.


Page last modified February 19, 2019
Report a problem with this page