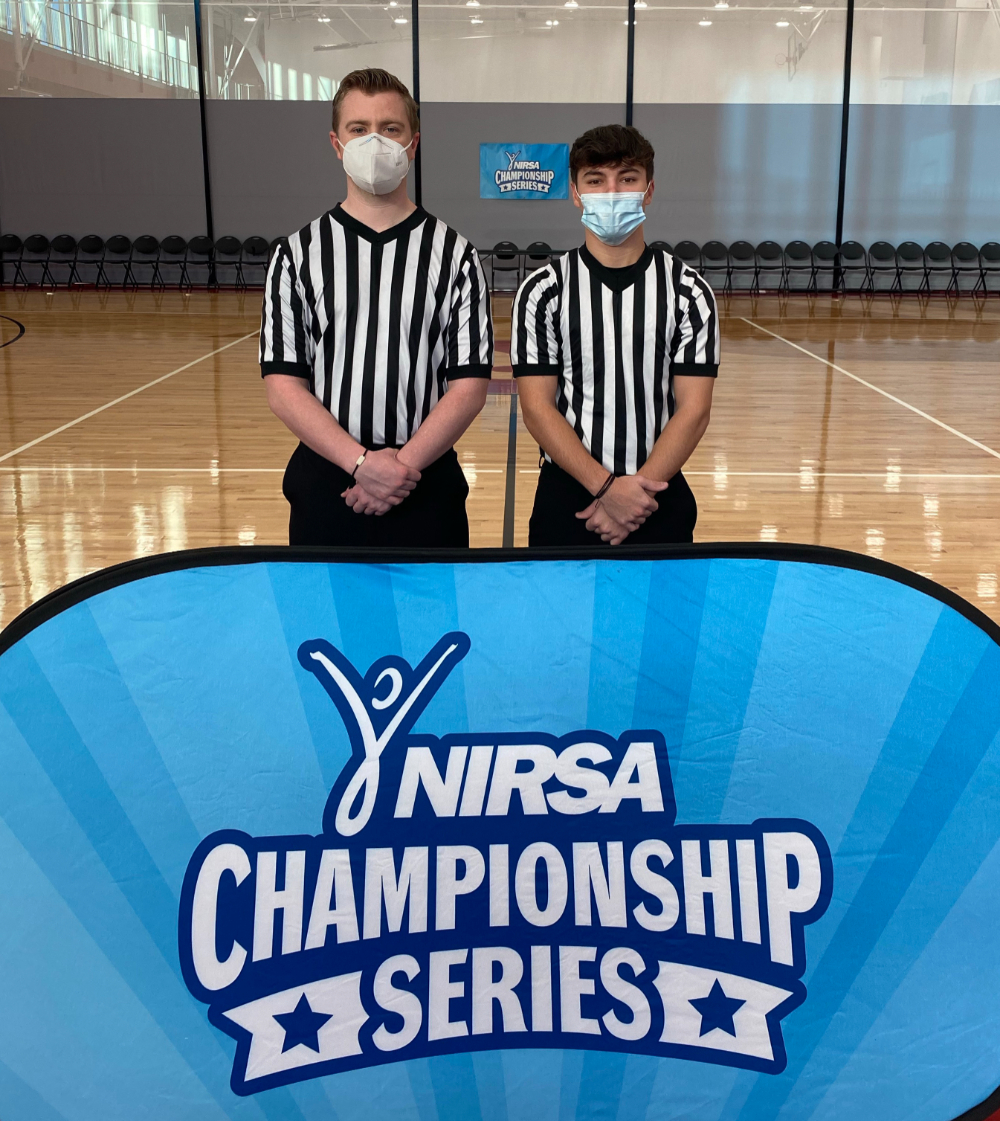 Senior David Stewart, left, and first-year student Camden Schuessler were part of the student officiating crew for the NIRSA Regional Basketball Tournament in February at the University of Wisconsin-Madison.

Through his time at Grand Valley, senior David Stewart has been a fixture in the intramural sports program. Stewart has officiated games since he was a first-year student, rising through the ranks to his current role as supervisor of intramural officials.

This weekend, he’ll get a rare opportunity on a national stage.

Stewart was selected to join the officiating crew for the National Intramural-Recreational Sports Association’s National Basketball Tournament at Wichita State University in Kansas.

“Getting selected for the national tournament means the absolute world to me,” said Stewart. “I have been working hard at my craft in officiating, and it’s very rewarding to see all of that work pay off.”

“David was given this award as an all-tournament official because of his effort, crew communication and excellent mechanics,” said Bryce Muller, intramural sports and community programs coordinator. “These are things that David worked on as an IM Sports official and to see his hard work pay off is really amazing. I’m very proud of him.”