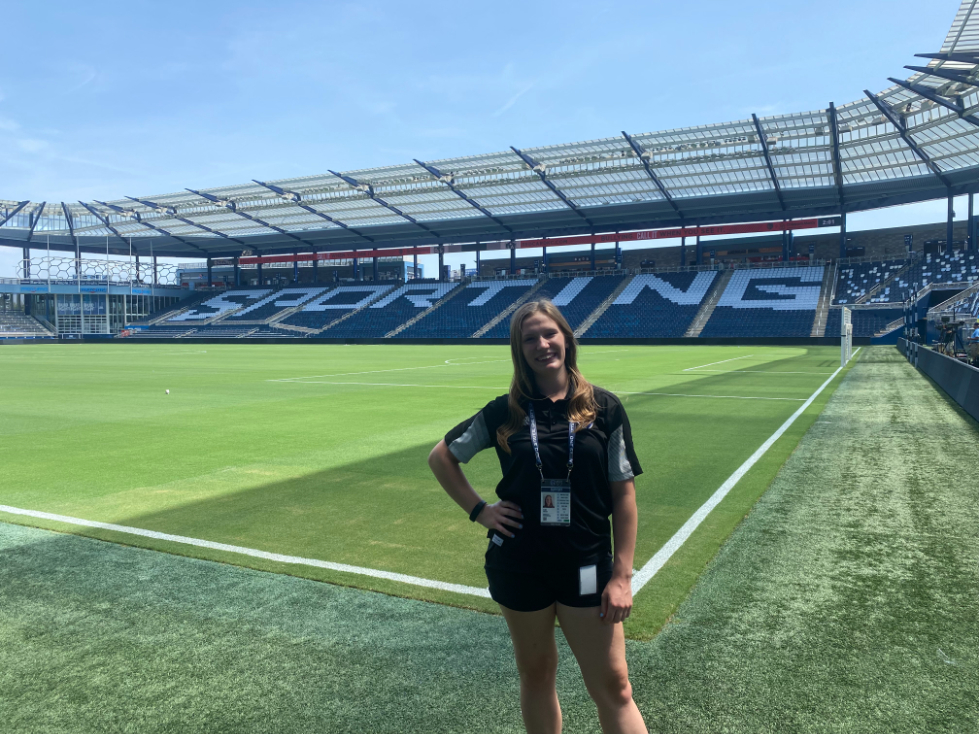 Description of the Organization

Sporting Kansas City is a Major League Soccer team that plays in the Western Conference. Sporting KC was founded in 1996 by Lamar Hunt. They play at Children's Mercy Park that averages a 15,000 person crowd per game. They have been the only major professional sports league franchise to play their home games in Kansas.

Description of the Tasks/Projects Completed

I was able to witness firsthand how professional soccer stadiums operate. I performed many different roles throughout the stadium and collaborated with many different departments and employees across the organization. I learned to understand the logistics and execution of match days for Sporting Kansas City, Kansas City Current, and the US Menýs National Team along with other special events including corporate meetings, weddings, conferences, and fundraisers. I also worked non-stadium events such as Sporting Kansas City 2 games and events at the teamýs training facility. My match day duties included assisting with sponsorship activations on the plaza, making sure correct signage and supplies were placed around the stadium, and ensuring that premium spaces were set up correctly.

Skills/Knowledge Gained Through The Experience

I learned about and was a part of all of the behind-the-scenes work that happens to make a team successful on the field, which was fascinating. I got to work at one of the best soccer stadiums in the country every day and see how sports venues operate. I got to meet and work with so many amazing people and now have connections all across the sports industry.

Favorite Part of the Experience

It was so surreal spending every day at a stadium that I have seen on TV and been to as a fan. Watching the US Menýs National Team vs. Uruguay game and seeing some of the best players in the world play was very special.

This internship aligns directly with my career goals because I desire to work for a Major League Soccer team after graduation. This internship has confirmed that I want to work in the professional soccer world. I have truly enjoyed my time this summer and look forward to when this is my full-time job. I was able to witness a lot of different positions that are available within a professional soccer team and it opened my eyes to jobs I would want in the future, such as team administration and player care.