The photoelectric effect was discovered by French physicist Edmund Bequerel in 1839. He found that certain materials, such as silicon, release electrons when they are struck by light. These freed electrons can be captured and directed through conducting wires to create an electrical current. Modern photovoltaic cells (or solar cells) use materials such as gallium arsenide, amorphous silicon, and copper indium diselenide to create the photovoltaic effect.

A solar cell is a single small unit that absorbs photons from sunlight and creates an electrical current. The amount of sunlight reaching the cell directly affects the current produced: the cell will create more current on a bright sunny day, less on a cloudy day, and no current is produced at night.

Multiple solar cells are arranged as solar modules designed to produce a specific voltage. Solar modules can in turn be mounted together in panels, and connected as a solar array of any desired size. (Knier, 2011) 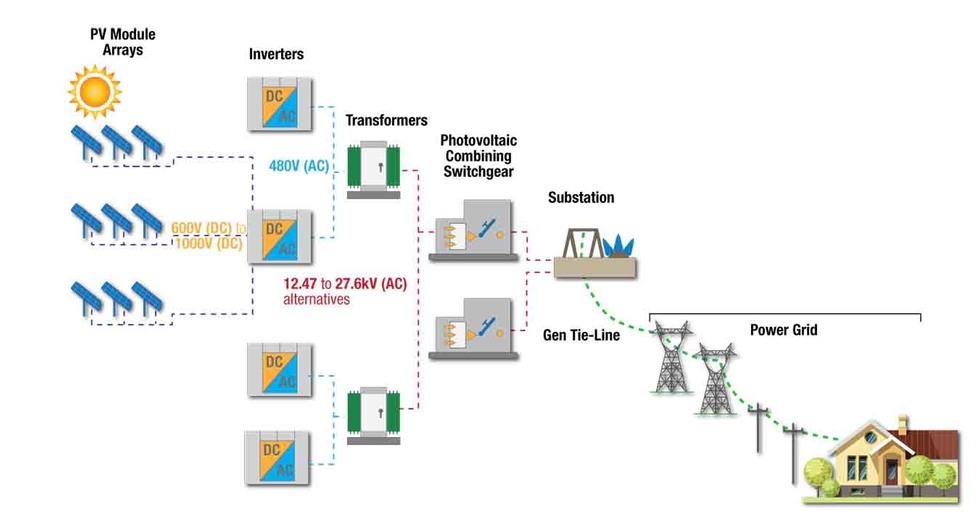 How Does the Solar Garden Program Work? 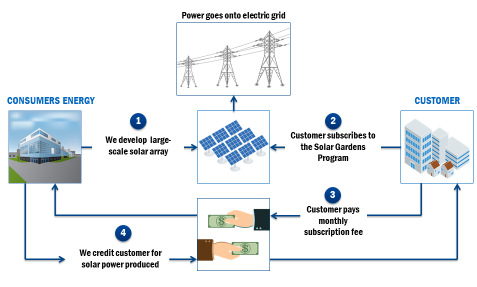 Page last modified August 2, 2021
Report a problem with this page