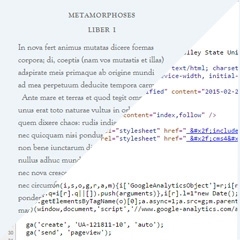 Brittany Hunter ’08, a software designer with Atomic Object in Grand Rapids, said Grand Valley provided the environment and the opportunities to explore what was important to her and to develop qualities she didn't know she had.

“My clients and colleagues are often astonished when they learn that my formal training was in Classics rather than a more traditional degree for my field, such as art or computer science,” she said. “However, the skills I built while studying ancient languages, philosophy and rhetoric have been invaluable in my career as a software designer.”

Hunter said good design is much deeper and broader than just creating stunning visuals. Her work includes shepherding clients’ ideas from initial concept, which is often just a few sketches and bullet points, to a fully functional software product. She relies on her skills of critical and analytical thinking as she decides what to build and what features to include. It also requires a lot of research and the skills to synthesize that research; skills Hunter said she learned and practiced every day while working toward a Classics degree.

“While my daily activities at work don’t involve reading Homer’s Iliad or Ovid’s Metamorphoses in the original Greek or Latin, studying these ancient languages actually prepared me to be able to decipher complex systems like my clients’ business processes and the application code written by software developers,” Hunter said.