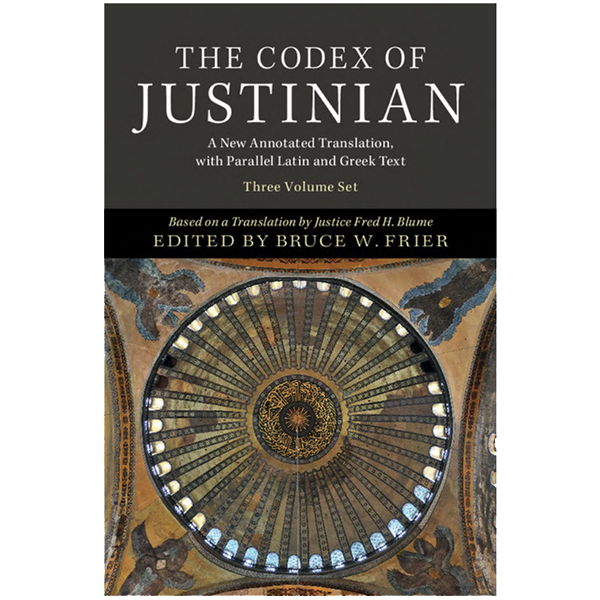 The Codex of Justinian is, together with the Digest, the core of the great Byzantine compilation of Roman law called the Corpus Iuris Civilis. The Codex gathers legal proclamations issued by Roman Emperors from the second to the sixth centuries C.E. Its influence on subsequent legal development in the medieval and early modern world has been almost incalculable. But the Codex has not, until now, been credibly translated into English. This translation, with a facing Latin and Greek text, is based on one made by Justice Fred Blume in the 1920s, but left unpublished for almost a century.

"We are all ourselves immigrants to the late-antique world of Latin and Greek inhabited by the emperor Justinian and the compilers of the Codex of Justinian; however, the efforts of Blume, F., Connolly, Corcoran, Crawford, Dillon, Kearley, Kehoe, Lenski, McGinn, Pazdernik and Salway have brought the context and content of the Codex of Justinian back to life for a new generation of visitors in a work sure to be the standard going forward." Sarah Bond in The Classical Review 68 (2018)


Page last modified September 27, 2018
Report a problem with this page