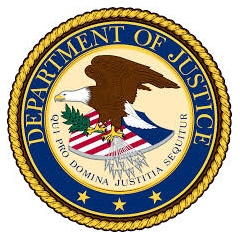 Upon her graduation, Brigette was selected as a Judicial Law Clerk through the Attorney General’s Honors Program for the U.S. Department of Justice, Executive Office for Immigration Review (EOIR), Atlanta Immigration Court. While serving in that role, she drafted legal decisions and memoranda on a variety of immigration issues as the clerk for eight immigration judges at the Atlanta and Philadelphia Immigration Courts.

In 2009, Brigette was named Associate General Counsel for Ethics in the Office of the General Counsel for EOIR in Falls Church, Virginia. In this capacity she provides training and guidance on the Standards of Conduct for Executive Branch employees and the Rules of Professional Responsibility to EOIR personnel, including immigration judges, judicial law clerks, Board of Immigration Appeals members, and Board of Immigration Appeals staff attorneys; represents EOIR on the Department of Justice Pro Bono Committee; and reviews and responds to inquiries from the public on a variety of issues.

Brigette is a native of Muskegon, Michigan, and a member of the Michigan Bar.


Page last modified March 4, 2015
Report a problem with this page