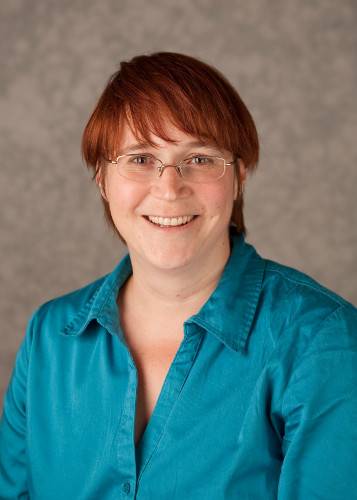 Elizabeth Arnold was the third Padnos/Sarosik Endowed Professor of Civil Discourse. Dr. Arnold has been at Grand Valley since 2009. She teaches Ancient Civilizations, Introduction to Archaeology and Culture and Environment among other anthropology and archaeology courses. Dr. Arnold is an anthropologist and an environmental archaeologist, studying both plants and animals in the archaeological record. She received her BA (1998) and her MA (2001) in Anthropology from the University of Manitoba, Canada where she focused on zooarchaeology. In 2006 she completed her Ph.D. in Archaeology at the University of Calgary. Her dissertation research expanded my zooarchaeological focus to include paleobotany as well as an emphasis on stable isotope analyses that was further developed through postdoctoral research at the University of Illinois, Urbana-Champaign at the Stable Isotope Ecology and Paleo-biogeochemistry Laboratory.

As a zooarchaeologist specializing in stable isotope analyses, Dr. Arnold's research focus is the bones and teeth of animals to examine diet and health of domestic animals and to reconstruct environments including those that have been impacted by humans, (i.e. by foddering or overgrazing). Her primary interest is the documentation of exchanges that may indicate important economic, political and social exchanges of animals that are important in the rise of complex societies.

Dr. Arnold has worked with materials from the Balkans, Ukraine, Africa and North and South America. Her fieldwork has taken her to South Africa and Sudan, Israel and she worked in the Cultural Resource Management industry in Canada for six years. Currently, my main research focus is in Israel, where she's part of a large international and multi-disciplinary team that is investigating the Early Bronze Age (3 000 - 2500 BCE) neighborhood (Area E) at the of Tell es-Safi. Tell es-Safi, identified as Canaanite and Philistine Gath (home of biblical Goliath) and Medieval "Blanche Garde," is one of the largest pre-classical sites in the Levant, settled continuously from late Prehistoric through Modern times. Since 1996, excavations at the site (directed by Prof. Aren M. Maeir - Bar Ilan University) have revealed fascinating and groundbreaking finds, including the earliest known siege system in the world, the earliest deciphered Philistine inscription, and extremely rich and well-preserved evidence of various cultures, peoples, and historical events, spanning some six millennia of occupation. 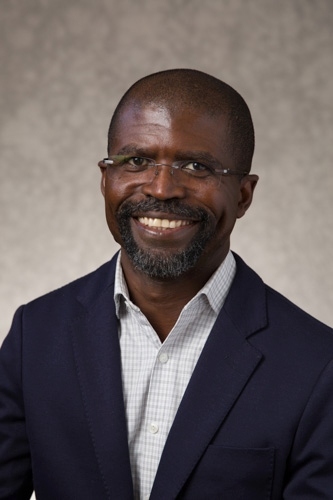 Jack R. Mangala was the second Padnos/Sarosik Endowed Professor of Civil Discourse. He is an Associate Professor of African and African American Studies and Political Science, jointly appointed between the Brooks College of Interdisciplinary Studies and the College of Liberal Arts and Science.  Dr. Mangala brings his background in international relations and global migration to the position. He has lived and worked on 3 continents. Born in the Democratic Republic of the Congo, he immigrated to and settled in Belgium in his twenties, then moving to US in his mid-thirties.

Dr. Mangala did his doctoral research and dissertation at the Catholic University of Louvain in Belgium on the crisis of the international refugee regime, after which he was awarded a NATO fellowship (1999-2001) to study the question of forced displacement of population as a new dimension of security. He completed post-doctoral work as a research scholar at the University of Michigan Law School’s Program in Asylum and Refugee Law, the world’s most comprehensive program for the study of international and comparative refugee law. He has served, for the past fifteen years, as the French Editor for its widely acclaimed Michigan Guidelines on the International Protection of Refugees, which offers the most authoritative interpretation of the rights of refugees under international law.

Dr. Mangala has participated in many projects and published numerous works on issues of immigration and refugees. He was part of the Oxford-based Interdisciplinary Group on Global Diaspora and authored a chapter in its edited volume Exploring Critical Issues: Diasporas (2009). He also authored two other chapters respectively on Refugees and Internally Displaced Persons: From Humanitarian to Security Paradigm(2010) and Africa–EU Partnership on Migration, Mobility and Employment (2012). Dr. Mangala's most recent book, Africa and its Global Diaspora: The Policy and Politics of Emigration, was published in 2018 by Palgrave MacMillan.

Dr. Mangala has also served as President of the Board of Directors for the African Community Center which seeks to help in the integration of new African immigrants in the GR area. He is the co-founder of the Midwest Center for Diversity and Inclusion which seeks, among other things, to contribute toward the building of welcoming communities. 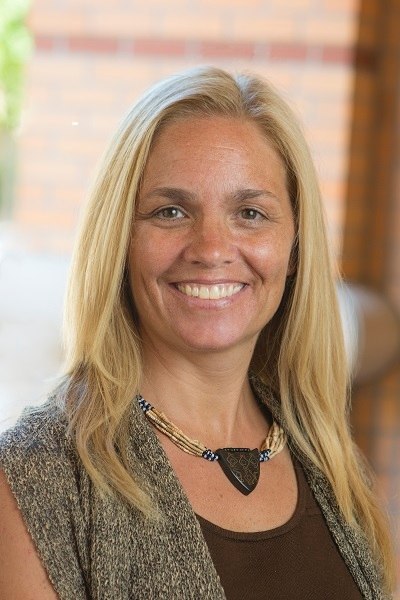 Lisa M. Perhamus was the inaugural Padnos/Sarosik Endowed Professor of Civil Discourse at Grand Valley State University.  Dr. Perhamus is an Associate Professor in the Foundations of Education Program in the university’s College of Education and Community Innovation. Perhamus received her Ph.D. in Education with a concentration in Curriculum Studies from the University of Rochester, her Master’s degree in Sociology with a concentration in Urban Education from The New School for Social Research and her Bachelor of Arts degree from William Smith College.

Her qualitative research asks questions about the human experiences of oppression across multiple contexts. She is particularly interested in how young children, their families and community members create emotional and material conditions of resiliency. Her teaching interests include anti-oppression education; the sociology of urban education; kinesthetic experiences of schooling; issues of race, class, gender and sexuality in education; and the role of civil discourse in community capacity-building. In her recent work, Dr. Perhamus has focused on the relationship between life narratives in the classroom, civil discourse and community-based public dialogues.

Dr. Perhamus is a recipient of GVSU’s Early Career Scholars Grant, the Burch, Jacobs & Moore Diversity Teaching Excellence Award, and was a Fellow for the James and Grace Lee Boggs Center for Nurturing Community Leadership. She is currently the Principle Investigator for the qualitative study, Preserving a community legacy: The James and Grace Lee Boggs Community Museum. Additional recent scholarship includes: Understanding health viscerally: The role of kinesthetic experience in defining health.  Thresholds in Education ((In Press); and an article co-authored with a colleague, Joldersma, C. & Perhamus, L. (2020). Stealing an education: On the precariousness of justice. Teachers College Record, 122(2).  Dr. Perhamus serves as a reviewer for a number of refereed scholarly journals and national conferences in the field of Educational Research and is a member of the American Educational Research Association, the American Educational Studies Association and the American Sociological Association.


Page last modified August 12, 2022
Report a problem with this page