Zapatos Rojos|Red Shoes is an itinerant installation originally organized by artist and architect Elina Chauvet in 2009, in Ciudad Juárez, Mexico. It was comprised of 33 pairs of red shoes, each representing a woman who had disappeared in that community, and designed to draw attention to the fact that women were being killed without any consequences.

Since then, Chauvet has continued to develop the installation into a call to bring awareness and to work in solidarity to fight violence against women all over the world. She has re-installed the exhibition in several countries around the world including: Italy, Norway, Spain, Argentina, Chile, Ecuador, Brazil, Sweden, Canada, Germany, France, the United States and Mexico.

In the fall of 2017, GVSU Modern Languages Professor, Zulema Moret arranged for Chauvet to direct an installation of the Zapatos Rojos|Red Shoes in Grand Rapids. This exhibition documents many of the community groups that participated in painting the shoes, as well as the installation on October 21 at the Richard M. DeVos Center courtyard on the Pew Grand Rapids Campus. 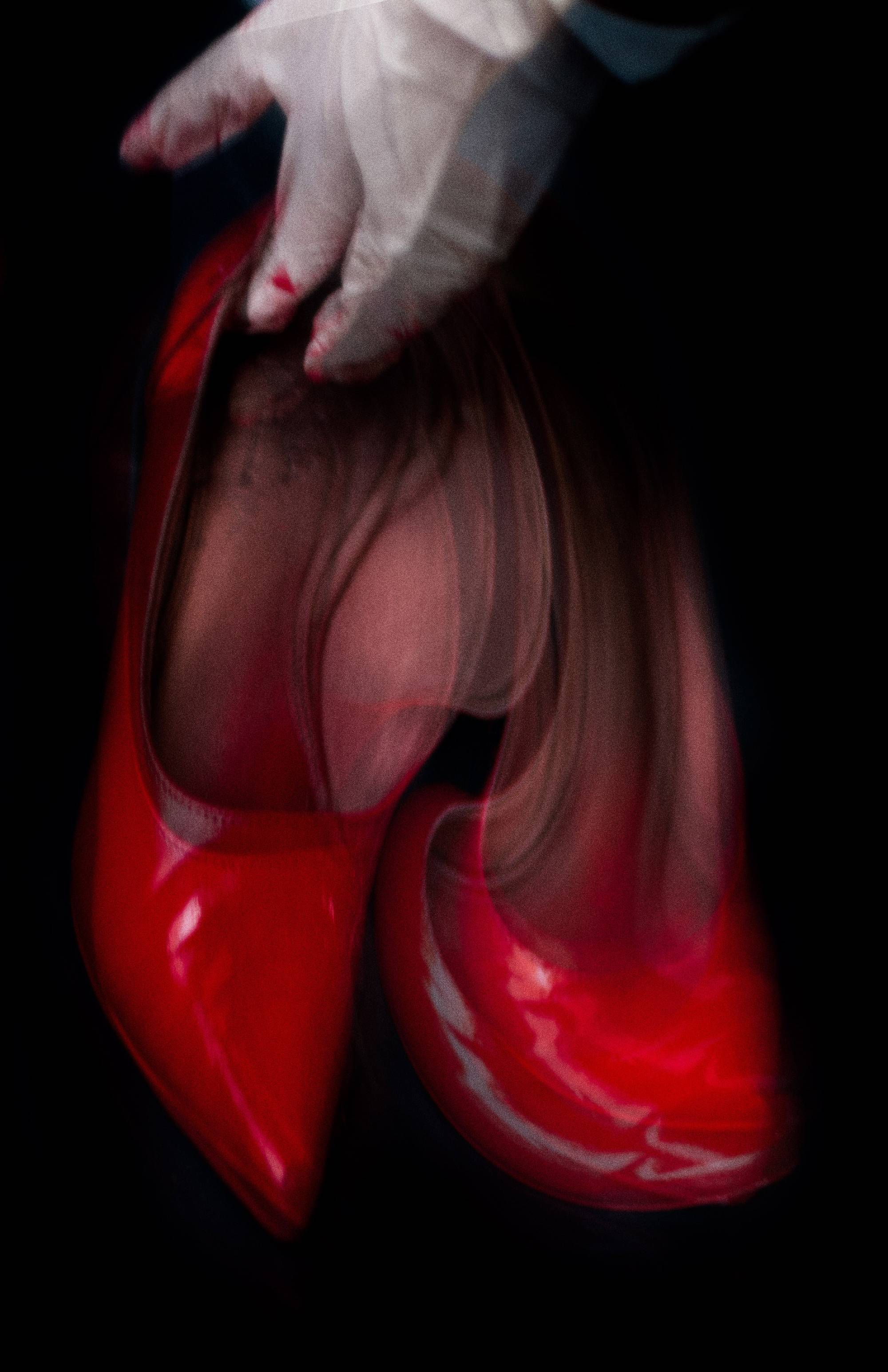 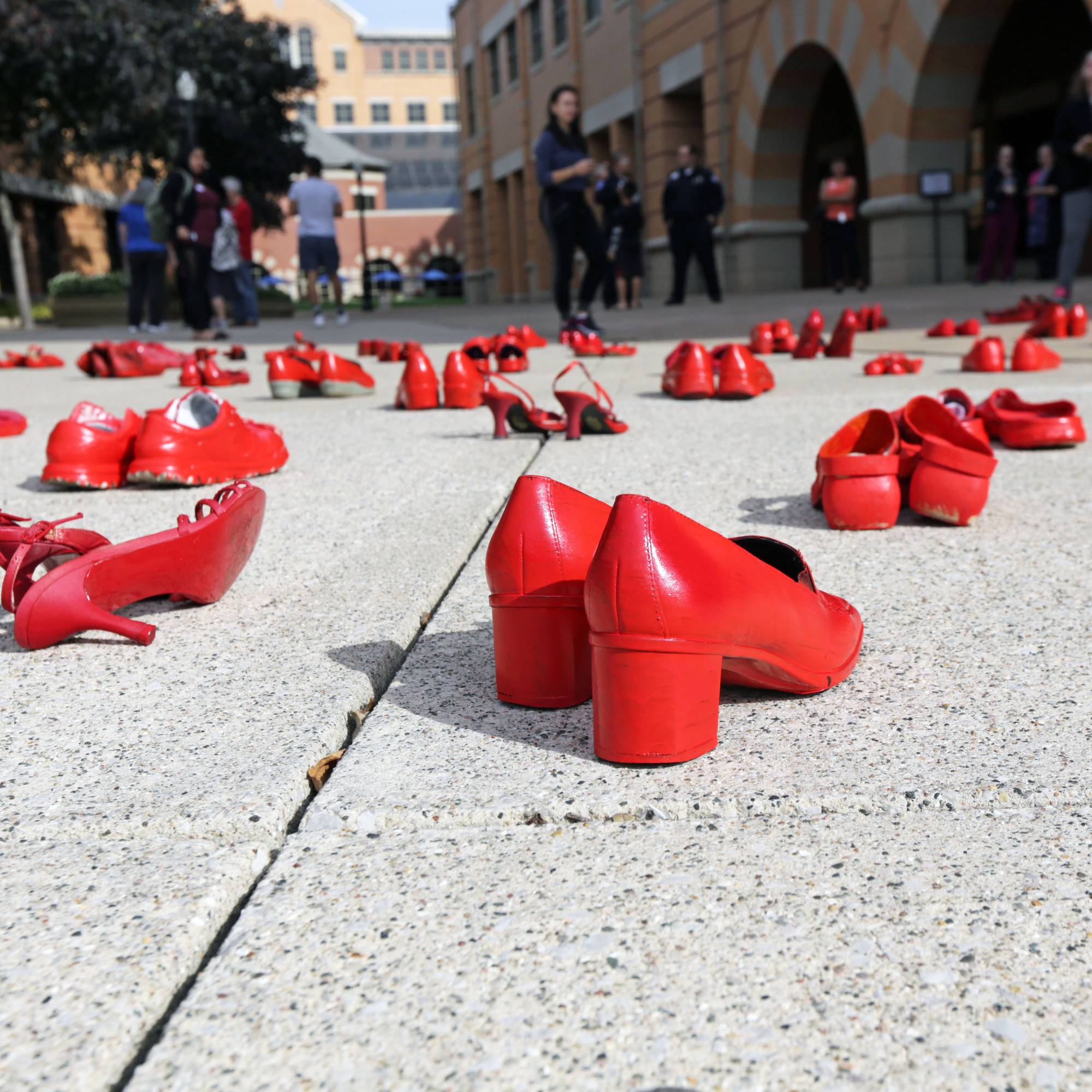 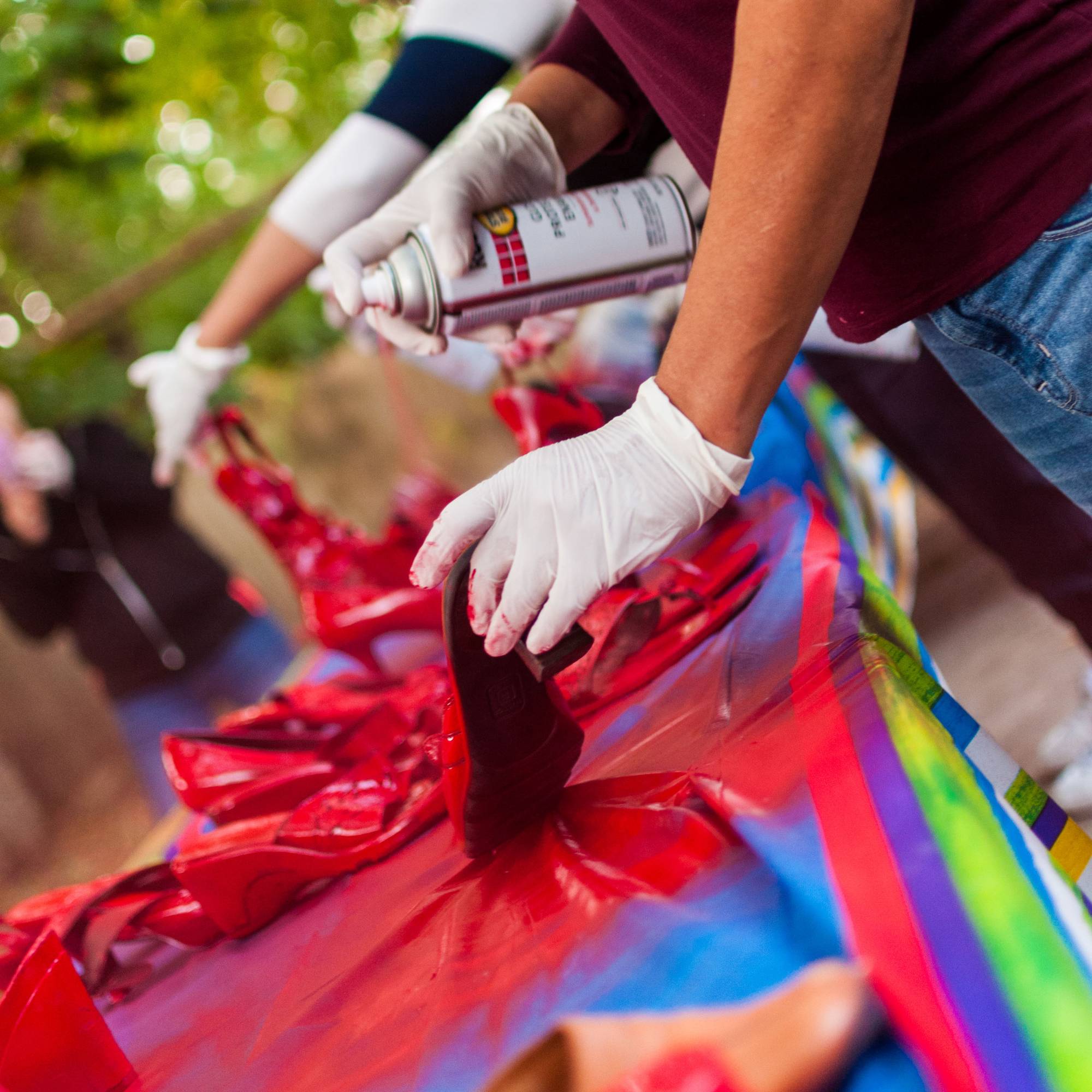 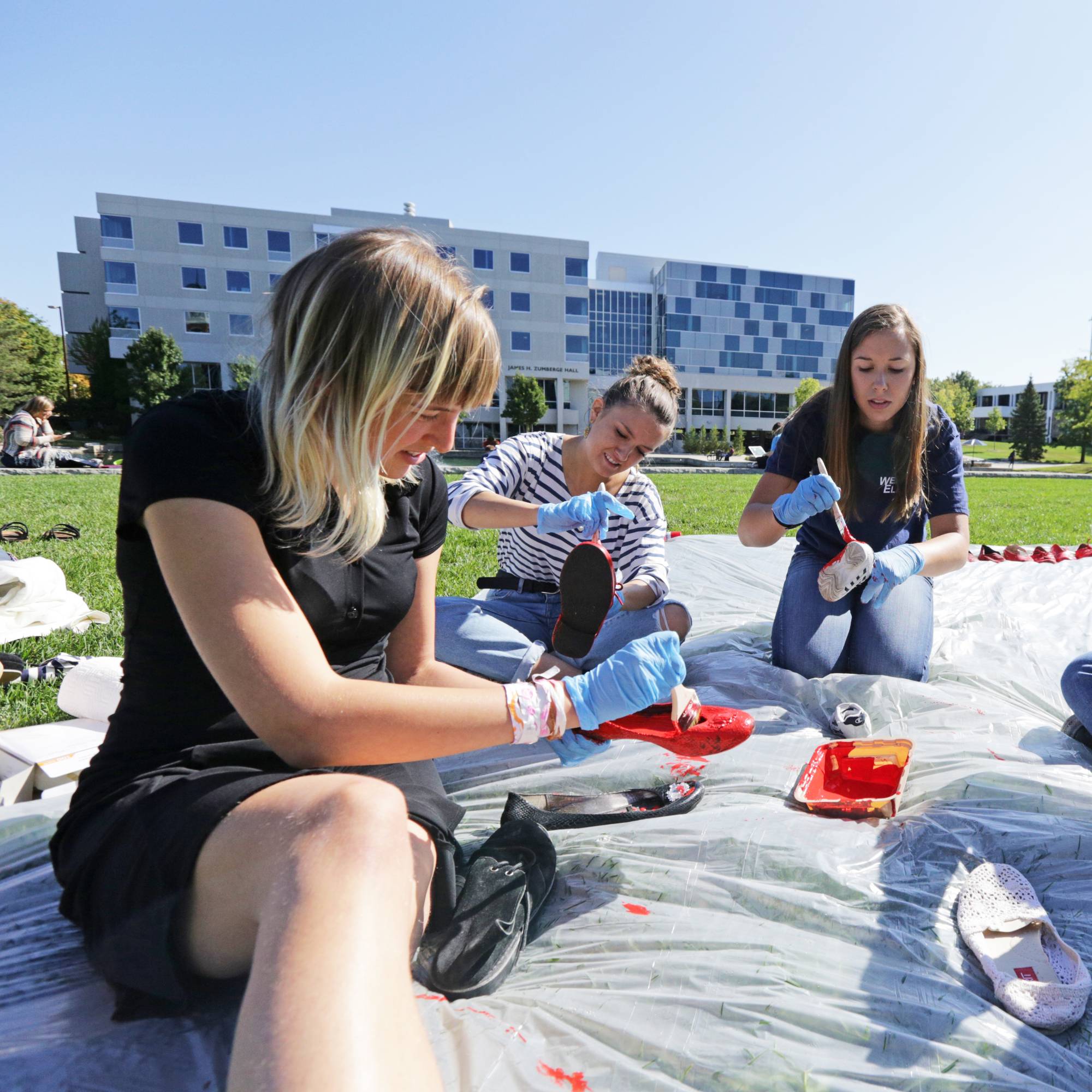 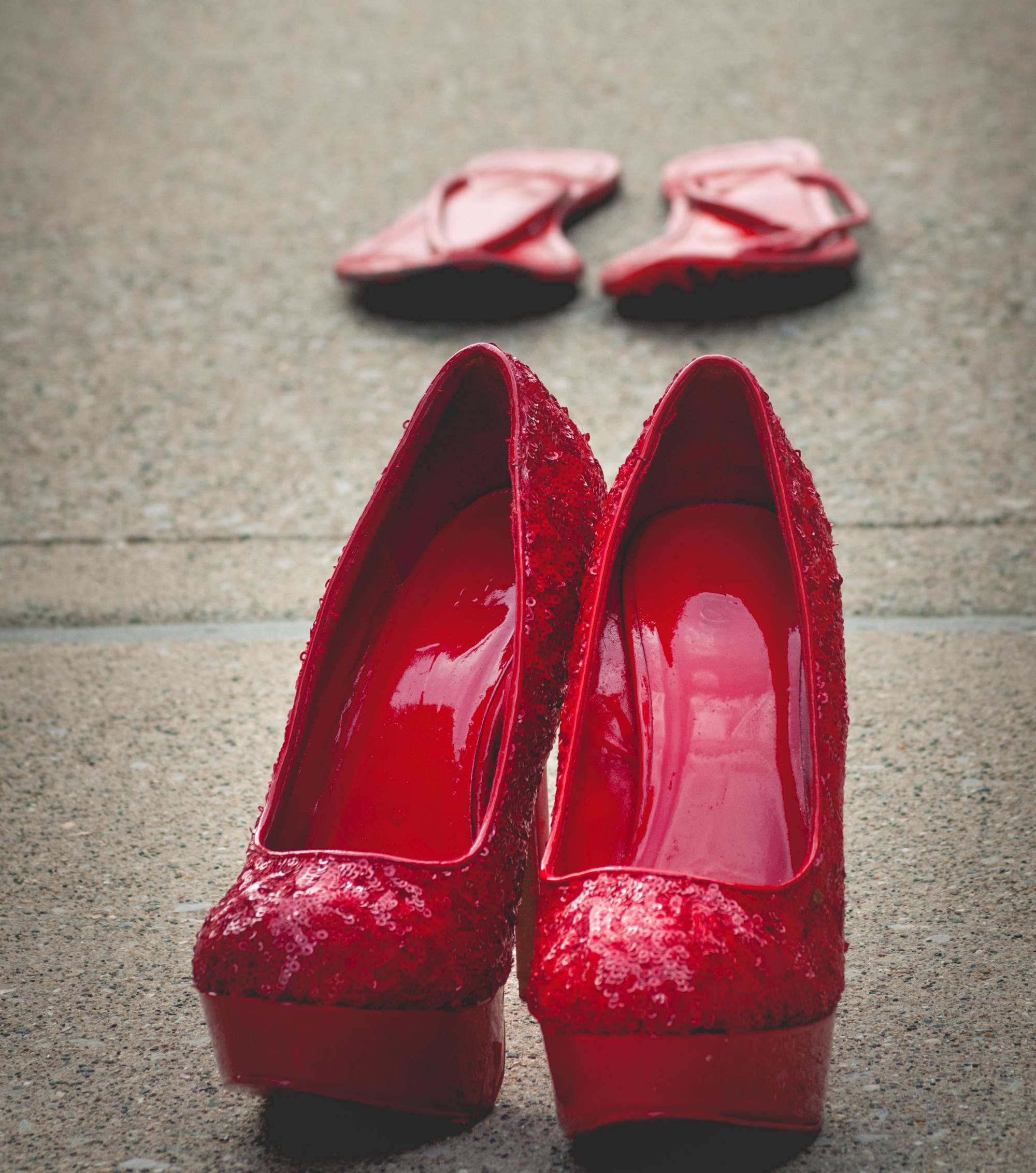 Gallery hours are reflective of exhibit building location, including changes made due to semester, holiday, or campus-wide event.


Page last modified March 16, 2020
Report a problem with this page