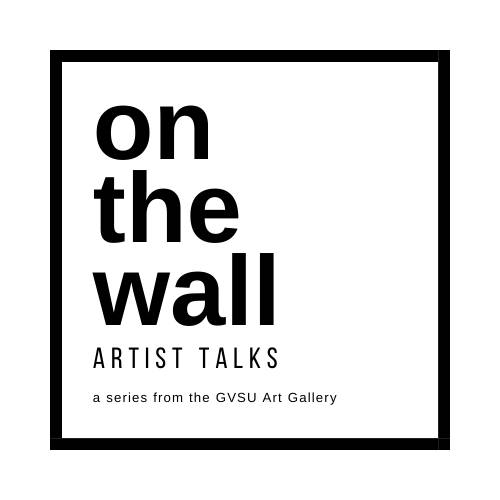 Each On the Wall Artist Talk features an artist whose work is currently on view on campus discussing their creative process and how their work is influenced by other fields of study. Beginning in Fall 2021, this event series will be offered once per month virtually and, when possible, in-person. Look for the On the Wall icon on our upcoming events page to RSVP for a future event.

View Past On the Wall Artist Talks on YouTube

A lunch-time series of virtual and in-person conversations featuring professionals from a variety of backgrounds unpacking big ideas present in our exhibitions at the Haas Center for Performing Arts. Look for future events on our upcoming events page and RSVP to join.

An archive of the annual Art Gallery Music Composition Competition at Grand Valley State University. This competitive event began in 2009, with the generous support of Larry and Elaine Rutowski Shay, and has seen premiered 257 student-composed music compositions resulting in over $6,500 in prize money awarded. Each year GVSU student composers are invited to create 60-second compositions that are based on artwork displayed in the college art gallery. Compositions are submitted anonymously, and then rehearsed and performed by the GVSU New Music Ensemble. A panel of judges and the audience select prize-winning works, which are announced immediately after the performances.

Have a question about an event? Contact UX/Learning Manager, Amanda Rainey; raineyam@gvsu.edu.


Page last modified April 14, 2022
Report a problem with this page