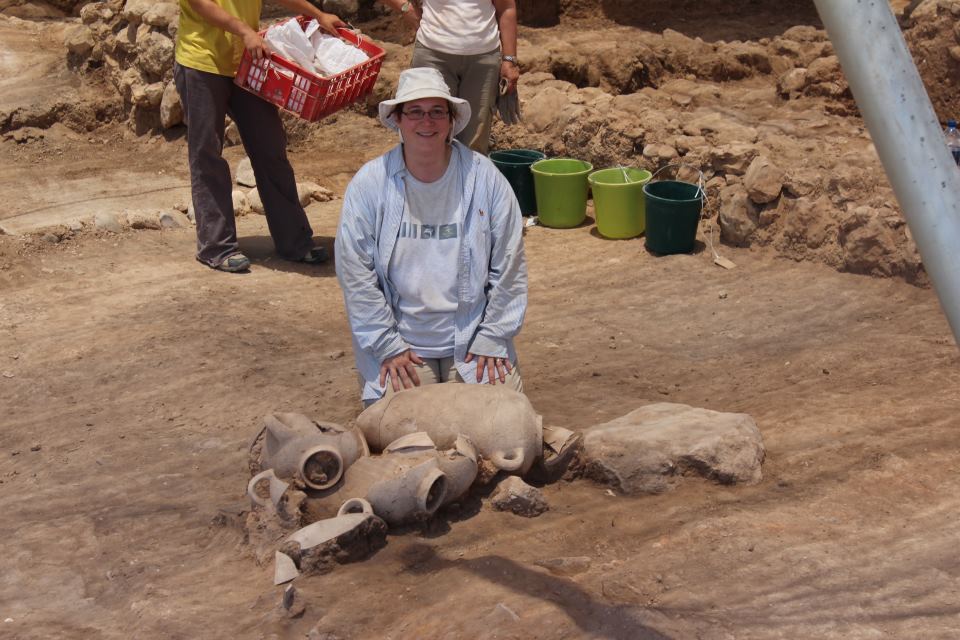 I am an anthropologist and an environmental archaeologist, studying both plants and animals in the archaeological record. I received my BA (1998) and my MA (2001) in Anthropology from the University of Manitoba, Canada where I focused on zooarchaeology. In 2006 I completed my PhD in Archaeology at the University of Calgary. My dissertation research expanded my zooarchaeological focus to include palaeobotany as well as an emphasis on stable isotope analyses that was further developed through postdoctoral research at the University of Illinois, Urbana-Champaign at the Stable Isotope Ecology and Paleobiogeochemistry Laboratory.

I have been at Grand Valley since 2009. I teach Ancient Civilizations, Introduction to Archaeology and Culture and Environment among other anthropology and archaeology courses.

As a zooarchaeologist specializing in stable isotope analyses, my research focus is the bones and teeth of animals to examine diet and health of domestic animals and to reconstruct environments including those that has been impacted by humans, (i.e. by foddering or overgrazing). My primary interest is the documentation of exchanges that may indicate important economic, political and social exchanges of animals that are important in the rise of complex societies.

I have worked with materials from the Balkans, Ukraine, Africa and North and South America. My fieldwork has taken me to South Africa and Sudan, Israel and I worked in the Cultural Resource Management industry in Canada for six years.

Currently, my main research focus in is Israel. I am part of a large international and multi-disciplinary team that is investigating the Early Bronze Age (3 000 - 2500 BCE) neighborhood (Area E) at the of Tell es-Safi. Tell es-Safi, identified as Canaanite and Philistine Gath (home of biblical Goliath) and Medieval "Blanche Garde," is one of the largest pre-classical sites in the Levant, settled continuously from late Prehistoric through Modern times. Since 1996, excavations at the site (directed by Prof. Aren M. Maeir - Bar Ilan University) have revealed fascinating and groundbreaking finds, including the earliest known siege system in the world, the earliest deciphered Philistine inscription, and extremely rich and well-preserved evidence of various cultures, peoples, and historical events, spanning some six millennia of occupation.

In Area E - we are funded by a large-scale grant from the Canadian government's Social Science and Humanities Research Council that focuses on a non-elite Early Bronze Age neighborhood, looking at how the regular folks lived. Our team includes researchers from Canada, Israel and other countries and we will be utilizing a variety of perspectives to study facets of daily life in one of the larger cities of the first stage of urban culture in the Southern Levant.

We are utilizing a broad range of cutting-edge technological and analytical techniques in this research, as well as comprehensive training of the next generation of students. My contribution to the project is the stable isotope analyses of domestic animals remains (primarily teeth) to examine how animals were brought to the site, distributed and consumed by its inhabitants. This kind of economic specialization is considered to be a key element in the development of cities. I am in the process of preparing a Study Abroad program that will begin (pending final approvals) in the summer of 2015 that will allow GVSU students to join the adventure in the field with me.

In addition, I am collaborating with Dr. Jonathan Greer (Cornerstone University) in the analysis of animal remains from the site of Tell Dan in Northern Israel. This site represents the northern border of the biblical kingdom of Israel and has occupation layers that extend from the Neolithic through to the Greco-Roman periods. I welcome students to come to speak to me about research possibilities in zooarchaeology.

Relevant Links Our site director, Dr. Aren Maier (from Bar Ilan University) keeps a fantastic blog for the site of Tell es-Safi . . . check it out.

See if you can find me in the group picture!


Page last modified August 22, 2018
Report a problem with this page