Graduate students are a vital and critical part of our mission at the Annis Water Resources Institute (AWRI). Hands-on student training and development have been a hallmark of AWRI since its inception, both at the undergraduate and graduate levels. However, the depth of training is greater and more intense at the master's level, and expectations for information synthesis and critical thinking from graduate students are higher. 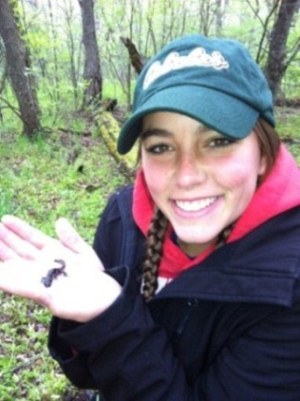 Lindsey Schulte is from Whitewater, Wisconsin. She received her B.S. Degree in Biology with an emphasis in Ecology and Field Biology from the University of Wisconsin-Whitewater. She is working with Dr. Ryan Thum, studying the evolution of herbicide resistance in watermilfoil. She has done undergraduate research in the aquatic toxicology field as well as completing CMUs Research Experiences for Undergraduates (REU) program on Beaver Island, Michigan. She enjoys fishing, being outside, and playing/watching sports. 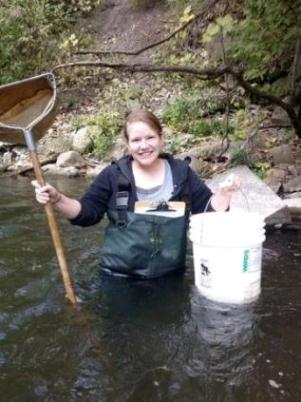 Sarah Stamann is from Sparta, Michigan. She received her B.S. Degree in Biology from GVSU. She is working with Dr. Richard Rediske on improving the efficiency and sustainability of household water systems in developing countries. Sarah enjoys hiking, reading, and water related activities. 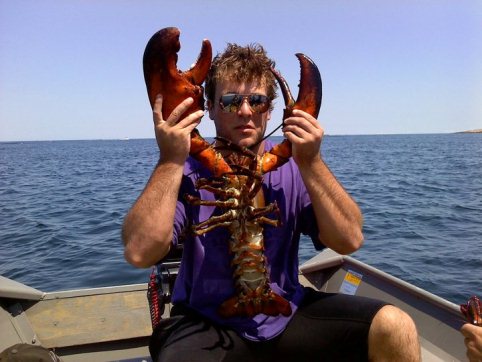 John Skutnik was born and raised in Pittsfield, Massachusetts along with three younger sisters. He grew up playing sports and continued to do so in high school playing soccer, baseball, and downhill skiing. John pursued an undergraduate degree at Endicott College in Beverly, Massachusetts where he played baseball for two years. It was not until his junior year of college that John was exposed to science, marine science specifically. Johns first laboratory experience was in a chemical oceanography lab under the supervision of Dr. Geoff Wheat at the Monterey Bay Aquarium Research Institute. From there he moved on to a technician position at Harvard University working for Dr. Peter Girguis who studies deep sea symbiosis and hydrothermal vent ecology. Before attending GVSU, John had a brief stint working for Dr. Beth Orcutt at the Bigelow Laboratory for Ocean Sciences. John has loved playing and working in the ocean for as long as he can remember, vacationing every year in Rockport, Massachusetts where he got his first taste of SCUBA diving. John has been diving since 2006 and hopes to continue to do so until he can no longer walk. At AWRI John is working with Dr. Kevin Strychar. John hopes to explore the effects climate change has on Scleractinian corals at the mesophotic depth. John first became interested in coral ecology when he had the opportunity to witness pristine coral reefs first hand off the coast of St. Lucia and Martinique. He hopes that his research efforts provide insight and information to help create conservation/preservation policies for mesophotic coral reefs, a potential source for shallow reef recovery.

The Muskegon Rotary Club held a strategic planning meeting in the MPR.

Sept 19
Sixth grade students from the Goodwillie School in Ada visited the Annis Educational Foundation Classroom for hands-on activities and took a vessel cruise on the W.G. Jackson.

Carl Ruetz and Mark Luttenton participated in Kathryn Pages thesis defense on September 19 in Allendale. Page is in the Health Science masters program in GVSUs Department of Biomedical Science.

Carl Ruetz talked to a fifth grade class at Glenellen Elementary School in Clarksville, Tennessee via Skype about the threats Asian carp pose to the Great Lakes on September 27.

Bopi Biddanda gave a seminar titled Adventures with carbon cycling, sinkhole exploration and lake observing in the Great Lakes at the Department of Biology, Ferris State University on September 13.

Ryan Thum spoke about his research to the Gull Lake Association on September 24. Gary Mittelbach from the Kellogg Biological Station hosted his visit.

Janet Vail was recently named to the Top 25 list created by Online Schools of Michigan. This list contains names of professors who have sustained research and teaching careers over the years as well as those who are new to their STEM field but are already making a splash in academia. Dr. Vail's teaching focus is on science education with a specialization in environmental studies. She has served as Co-Chair of the U.S. Environmental Protection Agency's Lake Michigan Forum.

Rick Rediskes lab received a grant from CMI ($2,200) to test for E. coli in Tyler Creek.

Carl Ruetz received a grant from the Illinois Department of Natural Resources ($19,048) in collaboration with the University of Illinois to study the microzooplankton community in drowned river mouth lakes to better understand the risks associated with invasive species.

Al Steinman received a new grant from the Mott Foundation ($75,000) to develop a Blue Economy initiative. John Austin from the Michigan Economic Center is a co-PI. Devi Haria, an undergraduate student in Chemistry, has been hired to assist with the grant.

Janet Vail received a grant from the Alcoa Foundation ($50,000) over three years for outreach and education.

Connections for the STEM Classroom
InterChange Newsletter (publication of the GVSU Regional Math and Science Center), September 2013. Ashley Meyer, a teacher from South Haven who was a Target Inquiry teacher working with Bopi Biddanda this summer, co-authored this article.


Page last modified July 14, 2020
Report a problem with this page