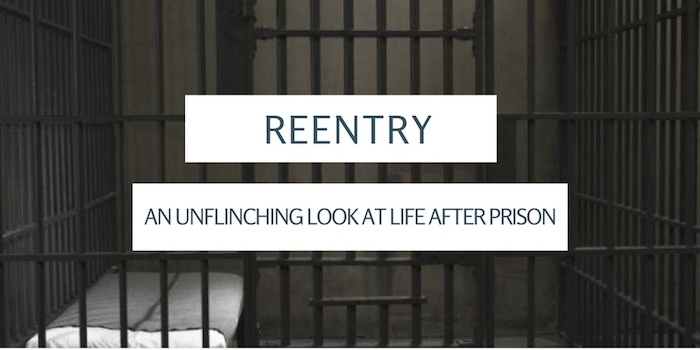 Logo of "Re-Entry: An Unflinching Look at Life After Prison" 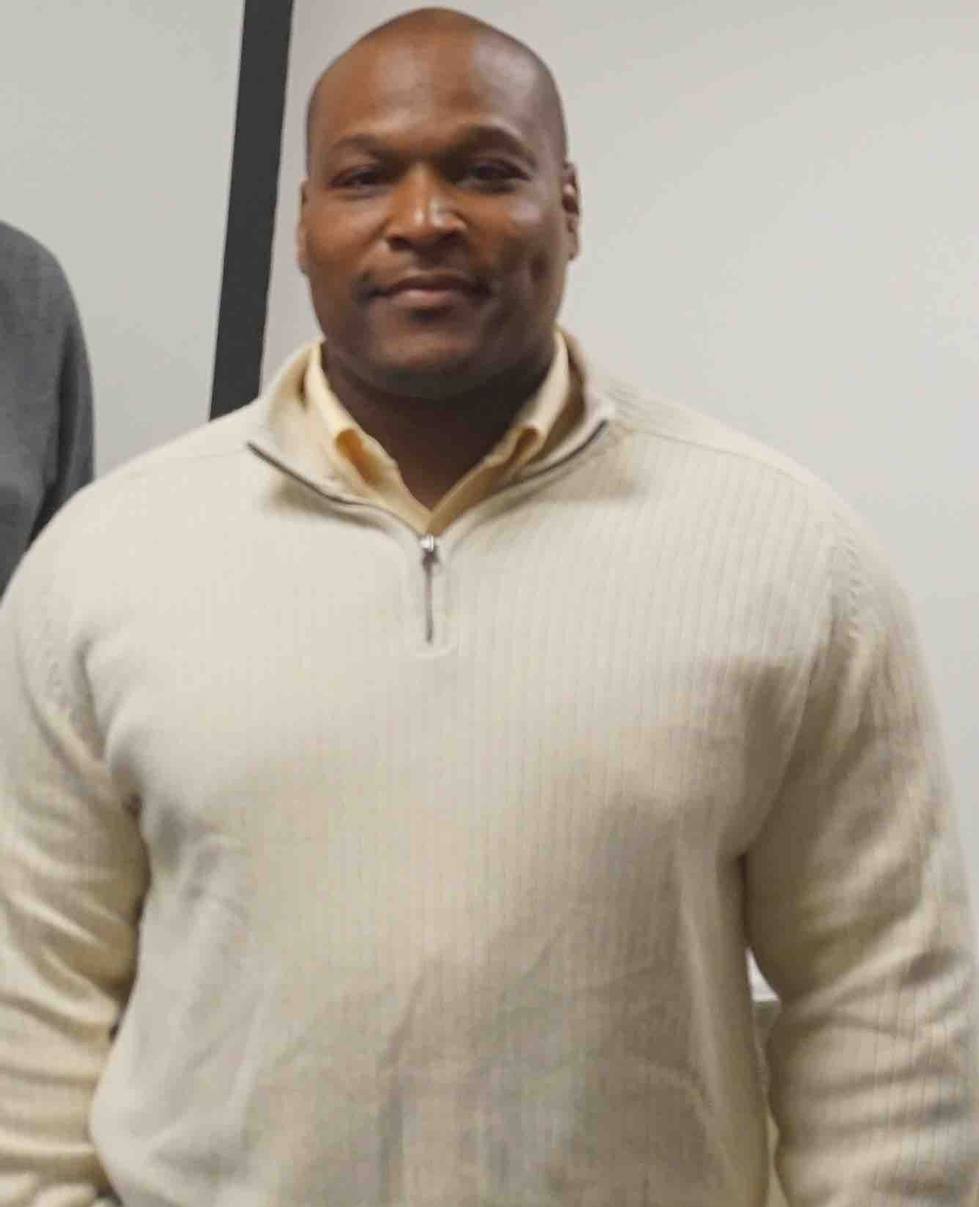 In 1991, at the age of 16, Markeith Canada was arrested on open murder charges. Markeith plead guilty in 1992 to 2nd-degree murder, and in 1993 was sentenced to 20-40 years in prison.   He was housed at prisons in Jackson, Ionia, and Muskegon, MI.  In 2005 I got to know him through a program we at Grand Valley call the Community Working Classics course, a project designed to bring GVSU students and inmates together to read and discuss classic works in philosophy, political science, history, literature and other fields.  Markeith was a natural leader in the group, possessed of strong native intelligence and an equally strong intellectual curiosity.  He was better read than many of our students and often steered the conversation toward the most important points to be made.  He had a gift for public speaking and an appreciation for irony and subtly.  On more than one occasion I thought he would do well to be running the program in my stead.

In 2009 he was paroled from prison and returned to his hometown, Grand Rapids.  He took a job, fathered a son with his then-wife, and returned to school at Grand Rapids Community College.  He and I kept in contact and I looked forward to doing whatever I could to be of some assistance along the way. Aug. 5th of 2010, however, he was arrested on a gun charge that put him in violation of his parole.  According to his testimony and the forensic evidence, it was not his gun and had neither his fingerprints nor his DNA on it. Markeith claims he was unaware of its presence in the house, a house which was not his.

Nonetheless, after a trial, Markeith was found guilty and sentenced to serve a two-seven and a half years sentence on a “felon-in-possession” conviction.  He was initially sent to the maximum-security facility in Jackson.  From there he went to Marquette and then in 2011 on to Bellamy Creek where he enrolled in their Learning Site program.  He successfully completed all of their programs for parole recommendation.  In 2013 he came up for parole, fully expecting to be released because of his high parole guideline score.  He had a job lined up at Superior Foods and a place to stay with his family.  Shortly after his parole hearing, however, he was given three more years (“flopped,” in the prison language), because, officially, his conviction on a gun charge warranted that extension despite his otherwise exemplary behavior.  In his own view Markeith wonders if he wasn’t the victim of especially bad timing, in that his parole hearing coincided with the Sandy Hook school massacre and that politically it would have been untenable to release a convicted violent offender before his full out date.

In the spring of 2016 Markeith was finally released and in July we met up in Grand Rapids for lunch to get caught up on what his plans were.  As I listened to him talk I thought about all the well-intentioned efforts in west Michigan to help people like Markeith with re-entry challenges, of which there are many: jobs, housing, transportation, mental health issues, education, debt from the DOC, and the like.  It occurred to me that, were he willing, it might be instructive to begin writing (or filming) parts of his life as a way to help anyone who was interested understand, from Markeith’s point of view, just what it is like to try and pick up – or create – a life that was interrupted by a total of 24 years of incarceration (Markeith is 41 as of this writing).  Our purpose is not to suggest that Markeith was solely an innocent victim of an unjust system – he understands he was not.  It is, rather, to be as blunt and honest as possible about what he has experienced, what he is responsible for, and what he hopes for now that he is, once again, back in the “free world.”  It is to look unflinchingly at his own mistakes but also to call out the absurdities of a system that, as he sees it, regularly makes it more difficult for a returning citizen to succeed than it has to be.


Page last modified April 12, 2019
Report a problem with this page