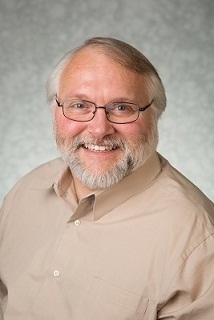 “Augustine’s Contribution to the Republican Tradition,” forthcoming in European Journal of Political Theory 9 [2010].

I received my Ph.D. from the State University of New York at Buffalo in August, 1995, after the defense of my dissertation, Rule and Subjection: Augustine and Aquinas on the Concept of Civil Authority. Before completing the dissertation I had completed the manuscript, “Spanish Thomism and the American Indians: Vitoria and Las Cases on the Toleration of Cultural Difference”, which appeared as a chapter in  Difference and Dissent: Theories of Tolerance in Medieval and Early Modern Europe (edited by Cary Nederman and J.C. Laursen, Rowman & Littlefield, 1996). Two years later, my study, Aquinas on Marriage, Slavery, and Natural Rights, appeared in The Review of Politics. These works reflect my conviction that human freedom and flourishing require constitutional government and the rule of law, and that the values associated with modern liberalism, like toleration and individual rights, had been defended in a variety of medieval political contexts.

I have continued to present professional research on medieval and early modern political thought at statewide, regional, national, and international conferences. In recent years I have begun a distinct, but related research agenda focused on republican or constitutional government in the writings of Cicero, Saint Augustine, and John Adams.  Since 2008 I have published articles in The European Journal of Political Theory, Vera Lex: Journal of the International Natural Law Society, The Michigan Academician, and a new journal of medieval studies, Thomistic Yearbook, published by the Cardinal Wyszynski University in Warsaw, Poland. I have also published articles in the Encyclopedia of Political Theory, the Encyclopedia of the First Amendment, and the Encyclopedia of the Fourth Amendment.

My current responsibilities include teaching PLS 105: Introduction to Human Rights, PLS 231: Classical Political Thought, PLS206: American Constitutional Foundations, PLS 281: Comparative Political Systems/Canada, and PLS338: Citizenship. I enjoy serving the department on faculty committees, as an academic advisor, and as the faculty advisor to the Kappa Phi Chapter of Pi Sigma Alpha, The National Political Science Honor Society. I have been the co-chair of the Political Science section for the Michigan Academy of Sciences, Arts, and Letters, since 2011, and started a second three-year term as a member of the University Academic Senate for Grand Valley State University in fall, 2013.


Page last modified August 11, 2014
Report a problem with this page