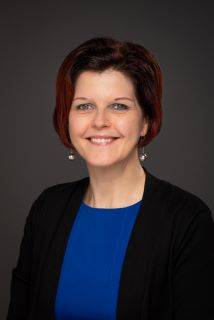 To make an appointment: https://calendly.com/tafelh/fall2022-student-hours.

Feel free to contact me for an alternate appointment if you cannot attend my scheduled student hours. You can email me or call me at (616) 331-8511.

"Back in the USSR? U.S. Media Coverage of Russia’s Relationship With the Near Abroad During the Yeltsin Era." Presented at the Annual Conference of the Midwest Political Science Association, Chicago, IL. April 2017, co-authored with Erika King.

"Regime and Opposition in Russia: Engaging Society in a Semi-Authoritarian System." Presented at the Annual Conference of the International Studies Association, San Francisco, CA. April 2013.

"The Party Has Only Just Begun? Russia's Dominant-Party Regime in Comparative Perspective," Presented at the Annual Conference of the International Studies Association, New Orleans, LA. February 2010.

"The EU as Democracy Promoter: The Prospects and Limits of Success." Presented at the Annual Conference of the International Studies Association, San Francisco, CA. March 2008.

"Democracy Demotion in Russia: The European Union’s Advocacy of Democratic Norms." Presented at the Annual Conference of the European Studies Association, Montreal, Canada. May 2007.

I joined the GVSU political science faculty first as a visiting instructor in 2003 and then as a member of the tenure-track faculty in 2004. Before moving to Michigan, I lived in Urbana-Champaign, where I did my graduate work at the University of Illinois, and in St. Petersburg, Florida, where I did my undergraduate work at a liberal arts college called Eckerd College.

My research interests are comparative democratization, Russian and post-communist European politics, democracy promotion, and more recently, U.S. media depictions of Russia. I wrote my dissertation on Russian regime change and federalism, and continue to research regime and federal dynamics of Russia. I am especially interested in how institutions, particularly federal and party institutions, work in Russia and why they function the way they do. In addition, Professor Erika King and I have been working on a book project that investigates the U.S. media's depictions of post-Soviet Russia.

In addition to my teaching and research at Grand Valley, I maintain a news-oriented Facebook page called Democracy Resurgent?! Debating World Politics (https://www.facebook.com/democracyresurgent/), serve as one of the social media managers of our departmental website and Facebook page, have worked in a leadership capacity for the AP Comparative Politics exam reading, and am one of the faculty partners with the Student Success Network.

While growing up in Florida, I caught the travel bug early and learned German during my junior year of high school as an exchange student with the Congress-Bundestag exchange program. I returned to Germany during a semester abroad while in college and again after graduation by being awarded a Fulbright scholarship to study in Halle, in Eastern Germany. A Peace Corps internship took me to Lesotho, southern Africa for three months during my junior year of college, and a Rotary Ambassadorial Scholarship landed me in Innsbruck, Austria for a year after living in Halle. While living in Austria and during graduate school at the University of Illinois, I learned Russian and then traveled there on several occasions with research support from the University of Illinois, American Councils for International Education, and Grand Valley State University. I still love traveling, and in my spare time I enjoy cooking, hiking, yoga, reading and meeting with my book club, and exercising at the YMCA.


Page last modified November 11, 2022
Report a problem with this page