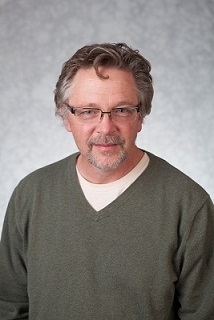 Works in Progress
Revising an article “Mobilizing Christians for Cold War” for the Journal of Cold War Studies.
Working on an Intro to an edited book “From Cold War to War on Terror: Analogies, Watersheds, and Pathways,” a collection of essays I’m editing together with Andrew Grossman and William Rose.
Article in progress on Guatemala called “States Make Coffee and Coffee Makes States.”

Biography
Andrew James Schlewitz was born in Portland, and raised in Albany, Oregon, the son of a chemist and homemaker, the middle child of five in a WASP middle class family. As a youth, he was active in music, sports, and the Model UN club in high school, and the youth group at his Lutheran church. He spent his summers picking strawberries and beans, and later restaurant work.

After high school, he spent a couple of years moving about in the Pacific Northwest, taking some college courses, working, and contemplating the Christian ministry. He then shifted gears, settled down, and earned BA degrees in History and Secondary Social Science Education in 1984 from Oregon State University. He met and married Margo Eason in 1981.

After graduation, he and his wife joined the Peace Corps, and served in Guatemala for three and half years, working in the eastern and western highlands as agricultural extensionists. After Peace Corps, they moved to New York City, where Andrew trained in Comparative Politics, International Relations, and Latin American Studies at the New School University. Based on Fulbright-funded research in Guatemala, he wrote a doctoral dissertation on the rise of a military state in Guatemala.

In 1996, while working on his dissertation and teaching part-time at different colleges, he became the stay-at-home dad for two of their godchildren, Stephanie and Lauriano Mercado. He learned what it meant to be a soccer mom. Margo, a health care administrator, was (and has continued to be) the breadwinner.

Andrew currently divides his time between GVSU, and his wife, two children, and two grandchildren in Crawfordsville, Indiana. Along with teaching and research, he enjoys the guitar, novels, film, photography, and yard work. He plays basketball and volleyball when his knees give him permission, which is rarely these days.


Page last modified January 7, 2019
Report a problem with this page