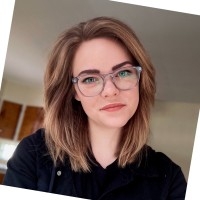 Kara Cook grew up in Lansing, Michigan, and is a proud graduate of Lansing Everett High School. After high school, she enrolled at Grand Valley, from which she received a Bachelor of Science degree in Political Science in 2015.

Kara’s four years at GVSU were busy ones. Among other things, she served as President of the Grand Valley College Democrats, and she interned both with candidate and State Representative Winnie Brinks and with the Blandford Nature Center, all while also working as many as 30 hours a week to help pay for her education. Kara says about her time at GVSU, “Grand Valley and its faculty gave me the academic experience I needed to thrive in high pressure internships, while allowing me the flexibility to do them and work part time while taking a full course load.”

After graduation, Kara worked as part of the Government Affairs team of the Michigan League of Conservation Voters, a leading non-partisan, political voice for Michigan’s natural resources. While in that position, Kara learned to navigate state government effectively, lobby elected officials, and hold elected officials accountable on environmental issues. In 2018, Kara was asked by Governor-elect Gretchen Whitmer to serve as a Policy Coordinator on her transition team, where Kara assisted state agencies in the transition and planned key announcements for the first 100 days of the Governor’s term. Kara is now a Policy Advisor in Governor Whitmer’s Executive Office focusing on issues of energy and environmental protection.


Page last modified April 4, 2019
Report a problem with this page