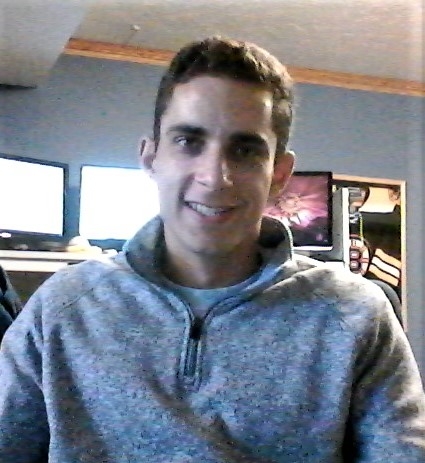 I graduated from Grand Valley with a major in Political Science major and a minor in International Relations. Studying political science exposed me to students and faculty that challenged my thinking on a daily basis, and I learned to think critically about the world, political systems, and the decisions made by past governments and large organizations that have led to our current situation. While at Grand Valley I was a fellow for Organizing for Action, an Obama campaign spinoff that organized around the 44th President’s legislative agenda. I founded the Grand Rapids chapter of this organization. I also briefly interned with state representative Collene Lamonte from Muskegon, and I worked various part time jobs, including at The Meadows golf course and at several restaurants.

Shortly after Grand Valley I worked at an IT job in a suburban Chicago school district for about 9 months until I received a call from an old GVSU classmate. He offered me a job at the software company his dad founded, Sydex Computing Systems in Wyoming, MI, where I continue working today. Sydex provides a platform for Major League Baseball teams to record on field data and video and analyze it. If it sounds like Moneyball, that’s because it is! During the time of the Oakland As unlikely winning streak, the team was one of Sydex’s clients. I use my blend of IT skills, hospitality background, baseball knowledge and critical thinking and problem solving to work with our clients to meet their needs.


Page last modified December 20, 2018
Report a problem with this page