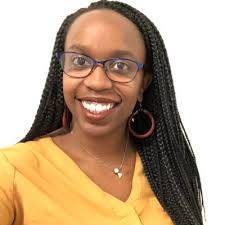 We interviewed Ariana this past October.  We met her at Start Garden in downtown Grand Rapids.  Here are some questions that we asked her and a summary of her answers:

Q: What experiences influenced your decision to pursue a career in engineering and software development?

A: I attended a public high school in the inner city of Atlanta, Georgia.  I participated in a robotics team as a junior, which was my first exposure to that world.  I also was an intern at Georgia Tech in computer science through the I3 program which is an after-school program (Imagine, Investigate, and Innovate) for high school students interested in computing which focuses on STEM and entrepreneurship.  I learned Scratch and also had the opportunity to create and pitch a business plan for a tech company.

Q: What was your experience in college like in the electrical engineering program?

A: I was a first generation college student at Tuskegee University which is a historically black college founded in 1881 by Booker T. Washington.  I learned life skills along with academic skills throughout my time there.  There were equal number of women and men in STEM majors there, so I didn't comprehend the lack of diversity in STEM until I got to Grand Rapids.

Q: What role models have inspired you?

A: Nipsy Hussle, the late entrepreneur, rapper, and technologist.  He grew up as a gang member in Crenshaw, a neighborhood in South Los Angeles.  He was authentically himself and helped his community in many ways including inaugurating the Marathon Clothing store.  The store is a "smart store" because it gives customers access to exclusive music and other content created by rappers through an app.  He also created Too Big To Fail, a STEM (Science, Technology, Engineering, Math) center and Maker Space in Crenshaw that encourages design thinking and innovation in local youth.

Note: Here is more information about Nipsy Hussle from Wikipedia:  "Hussle wanted to focus on “giving solutions and inspiration” to young black men like him.[75][76] He denounced gun violence through his music, influence and community work.[77] He spoke openly about his experiences with gang culture.[78] He not only funded improvements to neighborhood schools but also spent time with students and participated on panels about growing up in the area and the influence of gang culture.[79] Hussle started a co-working environment which he named Vector 90.[1] From his own experience, he saw the Crenshaw area as being under served and that young people would benefit from communal workspaces.[80] He also intended young people to be able to take classes in science, technology and mathematics at the center.[81]"

A: A black woman who inspires me is Morgan DeBaun, cofounder of Blavity, the largest media startup and lifestyle brand for black millennials, and Afrotech, the largest tech conference for black innovators and founders.  At Afrotech, over 6000 black and brown people gather in Oakland, California to network with some of the biggest companies in Silicon Valley.  AfroTech Detroit, a one-day AfroTech experience dedicated to highlighting Detroit as a technological hub for innovation and entrepreneurship, took place in 2018.

Q: What advice would you give young women who are in STEM careers?

A: First, you are not intellectually inferior to men.  Second, everyone is in their own lane.  It doesn't matter where you start - you can be successful.  Third, get connected to organizations for women in tech so that you can interact with other women in your shoes.  It can be intimidating to be around all men in the tech world.

Q: Can you tell us more about your Women in Tech Podcast?

A: It is a weekly podcast that talks about the latest news in tech, showcasing guest, and sharing tangible resources to help women navigate the tech industry and entrepreneurship. The podcast is not quite one year old and it has a global audience of over 2000 listeners in 8 countries. It was rated in the Top 10 Excellent Podcasts for Women Entrepreneurs by Medium.

Ariana Waller was born and raised in Atlanta, Georgia. She has an educational background in Electrical Engineering and software development. She attended Tuskegee University respectively, a historically black college in Tuskegee, Alabama, where she became a NASA Grant Scholar for exceptional academic performance. Ariana previously worked as an engineer at Honda Manufacturing, Exelon Nuclear Company, and General Electric Aviation. Later Ariana decided that entrepreneurship was the best path for her success, she moved from Tuskegee, Alabama to where she now resides in Grand Rapids Michigan.

Wanting to continue her education, Ariana decided to join one of Michigan’s leading coding boot camps, Grand Circus, where she became fluent in C-Sharp. This experience helped to jump-start her tech career in software development. In order to fast track her business development skills, she successfully completed one of Grand Rapids' leading, entrepreneurship training programs, Spring GR. In 2018, Ariana competed in the Thurgood Marshall, OFC Hack-A-Thon, a week-long, intensive competition where she led a team to victory for developing a mobile application in just 4 days. As a result of her performance, she is a 2018 Apple World Wide Developer Scholar.

In 2018, Ariana Waller launched Adoraa Company, an innovative cosmetics brand that’s developed a method to up-cycle pre-owned cosmetics, saving beauty consumers on average more than 50% off high-end cosmetic products. She is a 2018 winner of the Start Garden 100 Ideas, business pitch competition, beating 90 businesses for the grand prize of $20,000.

Ariana is also the CTO and co-founder of Dalilah Cann, an all-female tech team, developing Michigan’s first Amazon-style, digital marketplace and delivery service that connects consumers to local cannabis products. Ariana is a 2019 Forbes 30 Under 30 semi-finalist for the Under 30 Pitch competition, where she competed this past October.  Ariana is passionate about social justice and ensuring that black and brown communities have access to resources. She is the co-founder of the Black and Brown Cannabis Guild, an organization that focuses on advocacy, networking, and guidance for communities of color in the cannabis industry.

Ariana was a keynote speaker at the third annual Code for America Brigade Congress in October 2019.  She spoke about developing technology around community issues.

Ariana is featured in the December 2019 issue of Women's Lifestyle Magazine. 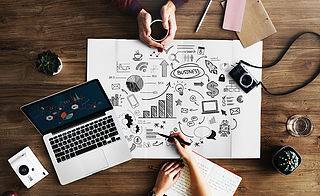 Page last modified August 16, 2022
Report a problem with this page