West Michigan has a rich history of engagement in interfaith dialogue, largely because of the organizations Sylvia Kaufman, a respected community leader, has founded. Sylvia initiated the first community dialogue on interfaith issues through the former West Shore Committee for Jewish/Christian Dialogue in 1989. Since that time, hundreds of premier scholars, clergy, citizens, and students from the Jewish, Christian, and Muslim faiths have come together every three years for a conference, now known as the Jewish/Christian/Muslim Triennial Interfaith Dialogue.

Political and religious identities have led to division and a tribalism that has fractured our society, isolating us into separate echo chambers. Technology has allowed us to relate primarily with those with whom we identify, those who are like us and with whom we already agree.  At the same time at the personal level our identities are becoming more hyphenated.  We are not just American, but we struggle with what it means to be Muslim-American or Jewish-American.  It is no longer be assumed that being American means being Christian.

Will religious communities contribute to this division, or do we have the resources in our traditions and texts that can bring us together to find a shared commitment to the common good?  Can we be faithful to our religious identities and also be committed to an interfaith vision that builds bridges rather than barriers?

This is the challenge we face. Will we contribute to further division or to a unity that respects and learns from our religious differences and commitments?

The 2018 Jewish-Christian-Muslim Triennial Interfaith Dialogue was held on November 14th and 15th, 2018. The event began with a pre-conference on GVSU's Allendale campus and continued on GVSU's Grand Rapids campus the next day. Check out GVSU's article on the event here. 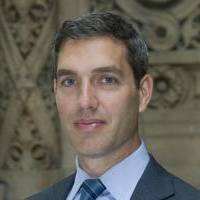 Elliot J. Cosgrove is Senior Rabbi at Park Avenue Synagogue, the largest Conservative synagogue in New York City. Ordained at The Jewish Theological Seminary, Rabbi Cosgrove earned his Ph.D. at the University of Chicago Divinity School. He is the author of In the Beginning. 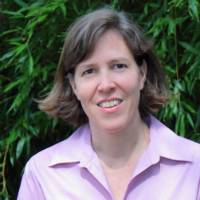 Jennifer Howe Peace is Professor of Interfaith Studies at Andover Newton Theological School, now affiliated with the Yale Divinity School. She received her doctorate in the Historical and Cultural Study of Religions from the Graduate Theological Union. She is co-author of My Neighbor's Faith: Stories of Interreligious Encounter, Growth, and Transformation. 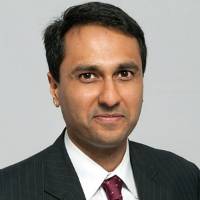 Eboo Patel is Founder and President of Interfaith Youth Core. He received his doctorate in the sociology of religion from Oxford University where he studied on a Rhodes scholarship. He has authored many books including Acts of Faith: The Story of an American Muslim, in the Struggle for the Soul of a Generation and Out of Many Faiths: Religious Diversity and the American Promise.

2015: TO REPAIR THE WORLD: HOW DOES RELIGION HELP OR HINDER?

In our world of poverty, violence, and pollution, all religions are called to repair the world, to make it a better place. During the Year of Interfaith Service, we came together to examine how our religious traditions and scriptures have helped in this effort, as well as ways in which they have hindered. We are called to be of service to our fellow humans, to those in need, to our environment, and to bring peace.

The 2015 event was a day-long program modeled after past Dialogues, including major presentations and responses by Donniel Hartman, Cynthia Campbell, and Ingrid Mattson. Videos of the event are below.

On Thursday, October 29th, 2015, we hosted our Triennial Jewish/Christian/Muslim Dialogue on To Repair the World: How Does Religion Help or Hinder?

Passages From Our Traditions

2012: LIVING WITH GOD IN A TIME OF SUFFERING

Individuals experience suffering and evil in ways that often challenge their faith commitment and understanding. How does the religious parent deal with the experience of a child suffering from cancer or severely injured by a drunk driver? How does a faith community respond to a horrendous evil such as the Holocaust or a tsunami or violent earthquake that takes the lives of hundreds of thousands, or even millions? What are the resources in the Jewish, Christian and Muslim scriptures and faith traditions that help us deal with such challenges to one’s faith? The Triennial Dialogue, in the context of our community’s year of interfaith understanding, addressed these hard questions that we face as individuals and as faith communities.

The 2012 Triennial Dialogue was the culminating event of the Year of Interfaith Understanding and included major presentations and responses by Donniel Hartman, Cynthia Campbell, and Omid Safi as well as a musical performance by Qawal Najmuddin Saifuddin & Brothers as part of Arts Midwest World Fest. Videos of the event are below.

On October 30, 2012, we hosted the Triennial Jewish/Christian/Muslim Dialogue on "Living with God in a Time of Suffering"

2009: RELIGION AND THE CHALLENGES OF MODERNITY

The 2009 event's theme was "Religion and the Challenges of Modernity" and included major presentations and responses by Donniel Hartman, James Carroll, and Vincent Cornell. Videos of the event are below.

The 2006 event was entitled "Religion and Power: The Power to Create, the Power to Destroy" Donniel Hartmann, James Carroll, and Vincent Cornell provided presentations and responses. Audio only available.


Page last modified November 19, 2019
Report a problem with this page