Since 2014, the annual Kaufman Interfaith Leadership Dinner celebrates interfaith leaders and their impact in the West Michigan community and beyond.

The Interfaith Leadership Award is named for Sylvia Kaufman, founder of the Kaufman Interfaith Institute and active in promoting interfaith understanding and acceptance for over 25 years.

The 2018 Sylvia Kaufman Leadership Award was presented to the Padnos Families, represented by Seymour Padnos and Jeff Padnos.

The Padnos Families of Holland, Michigan, have been long-time supporters of Grand Valley State University and of the Kaufman Interfaith Institute.

Seymour Padnos served for many years as the president of the company and then later chairperson of the board. Early on, he was involved in the interfaith initiatives of West Michigan.  Growing up in Holland, Michigan, and as a student at Hope College, he learned much about the relationships between the Jewish and Christian traditions.

Later Seymour was called on to give talks in the community about Jewish life in West Michigan.  In the 1970s, he along with Rabbi Essrig of Temple Emanuel sponsored lectures about Jewish-Christian relations.  Seymour Padnos was involved in the early days when Sylvia Kaufman established the Jew-Christian Dialogue in Muskegon and has been a faithful attendee of the dialogues ever since.

Stuart Padnos, Seymour’s brother and business partner was also a significant contributor to programs at Grand Valley.  As the company leadership transitioned to the next generation, Stuart’s son, Jeff Padnos became the president.

Jeff Padnos has also been instrumental in pursuing the interfaith agenda in West Michigan.  He has frequently been a speaker at interfaith events including a recent Abrahamic Dinner where he brought a Jewish perspective to the interfaith discussions.  He also spoke, along with Christian and Muslim business leaders, on how their faith is reflected in their business practices.  For Jeff, his business practice is a reflection of his religion. A story in a national publication quoted him saying: “Doing business right is really like applied religion.  I’m becoming more and more missionary like.” 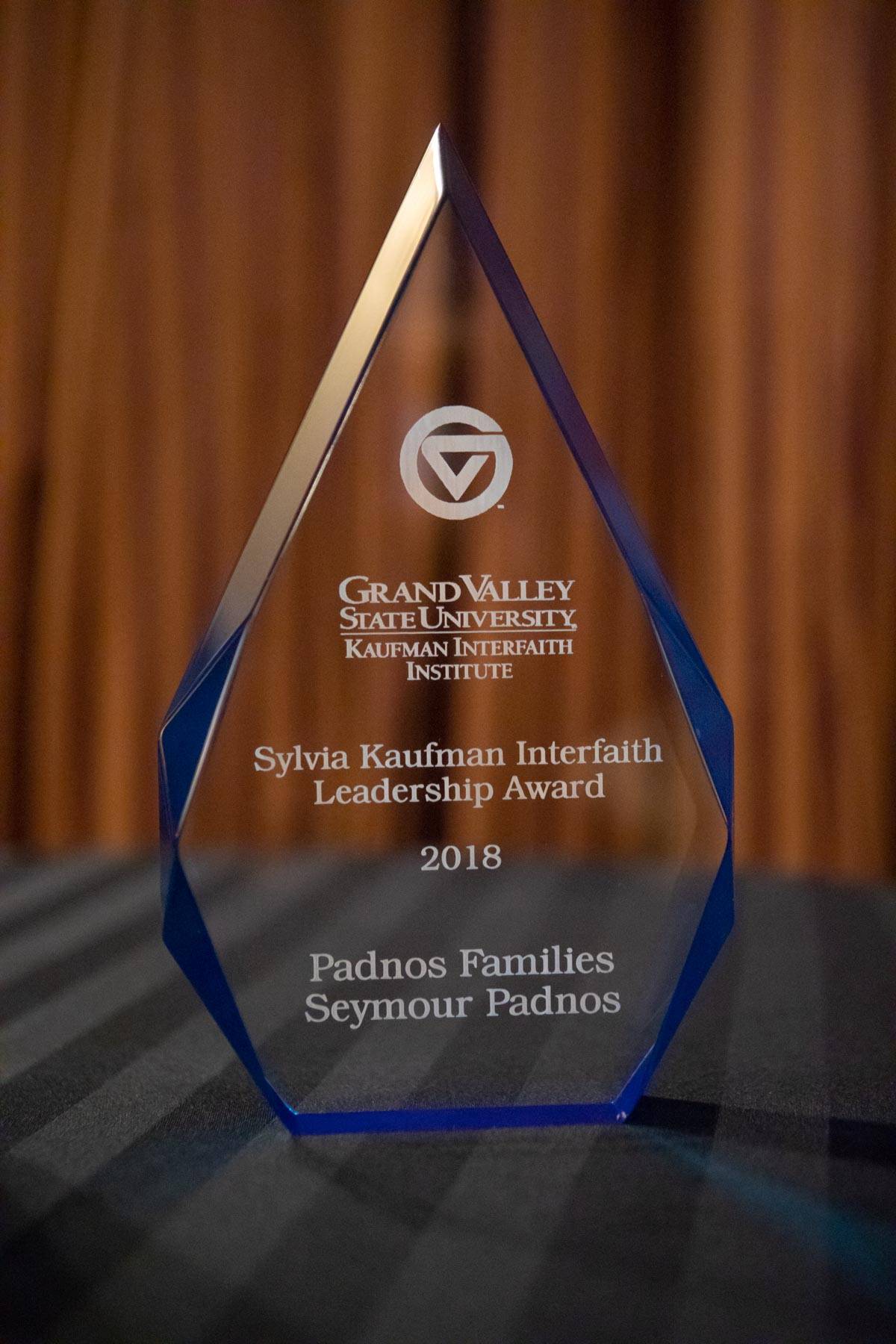 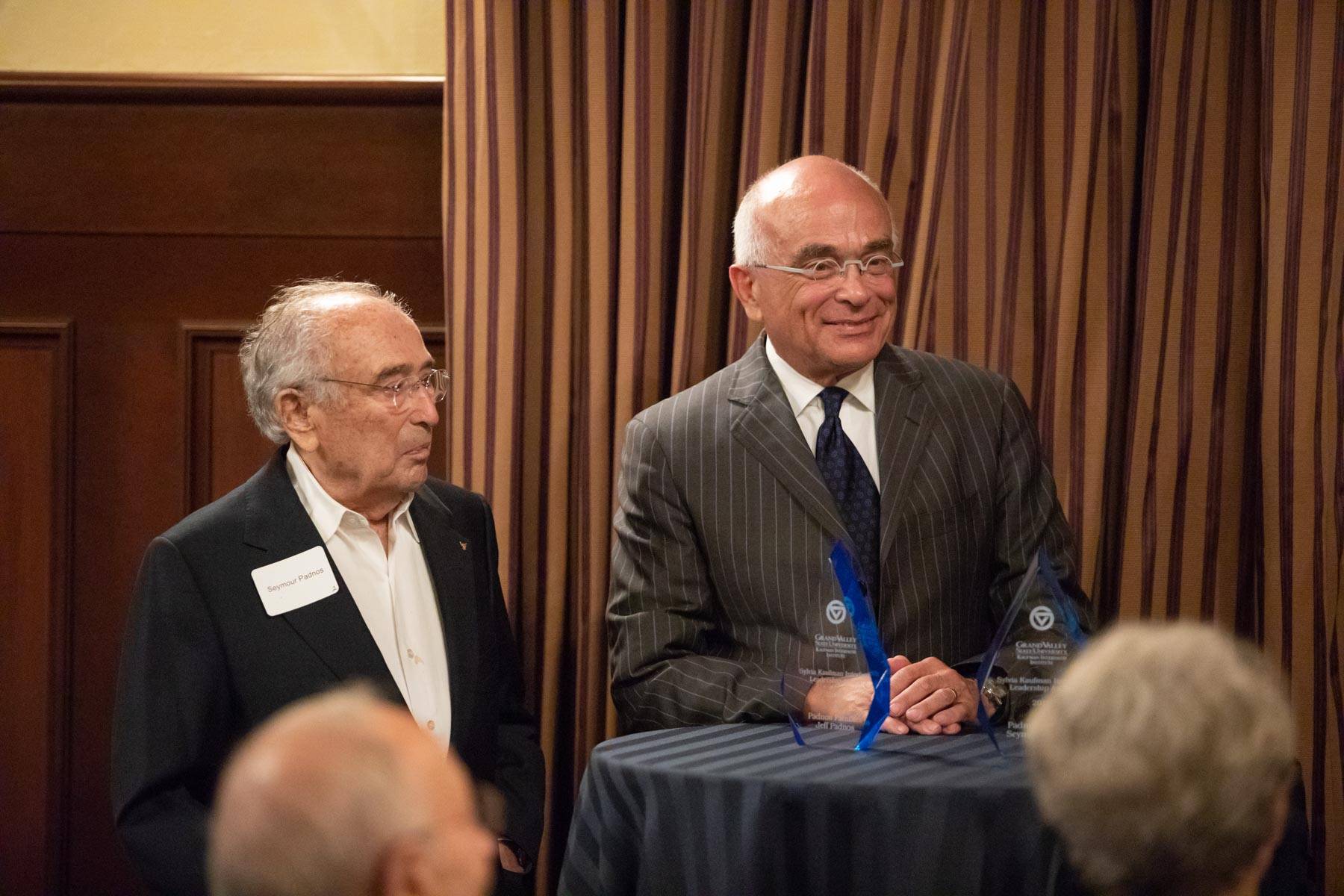 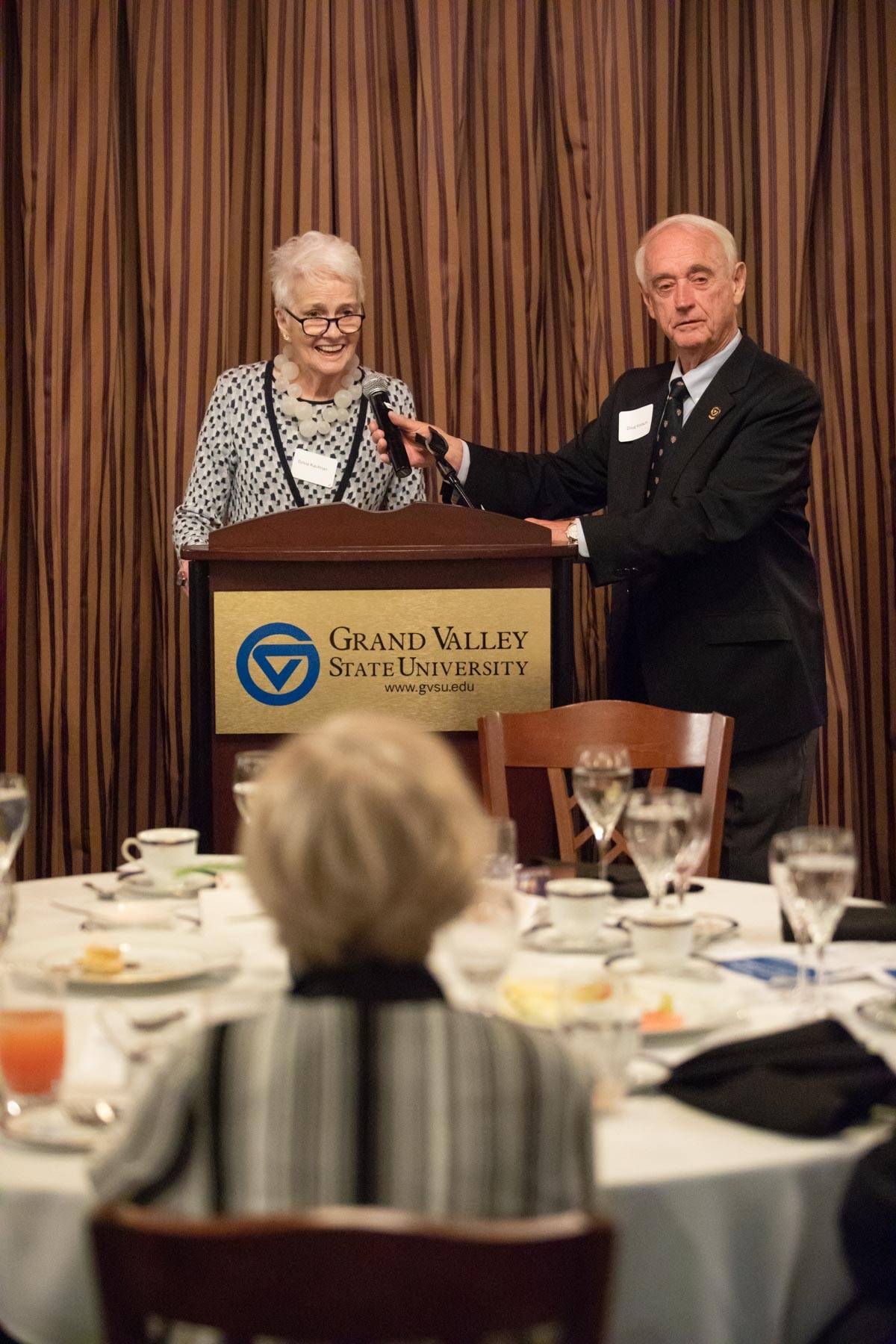 Rabbi Alan Alpert became the Rabbi of Congregation B'nai Israel in Muskegon where he serves to this day. In the 1980s, he also served as chair of the West Shore Jewish Christian dialogue Committee which was the beginning of the interfaith work which is now the Kaufman Interfaith Institute.

Reverend Don Mathews serves as pastor of the First Presbyterian Church in Muskegon. In the 1980s, he became a leader and first chair of the Jewish Centennial Special Churches Committee. This was the beginning of the first Jewish-Christian Dialogue now continuing as the Triennial dialogue, which now includes Muslims as well. 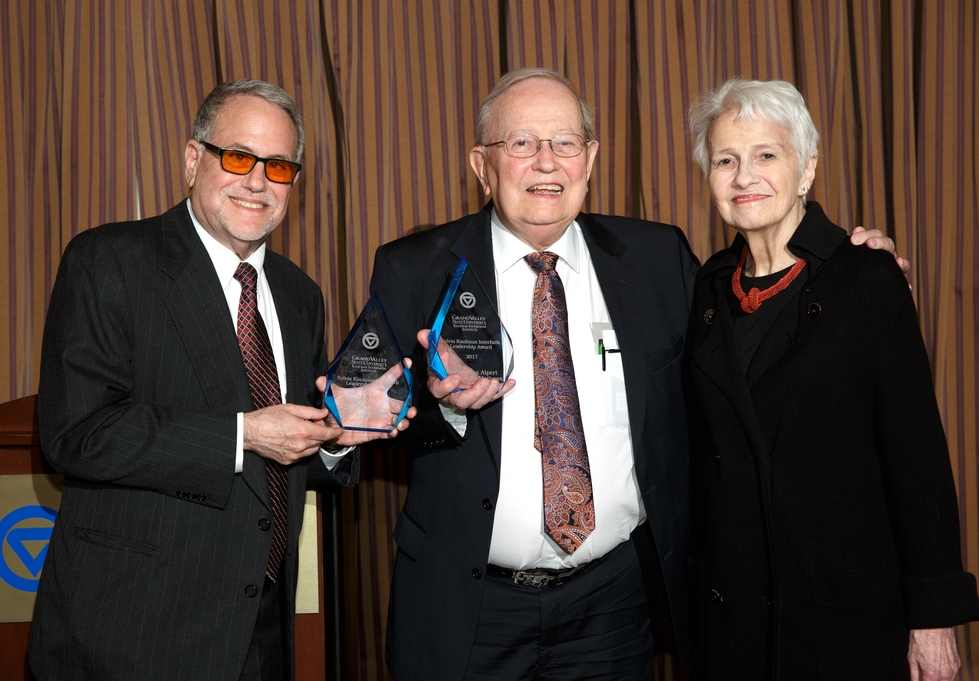 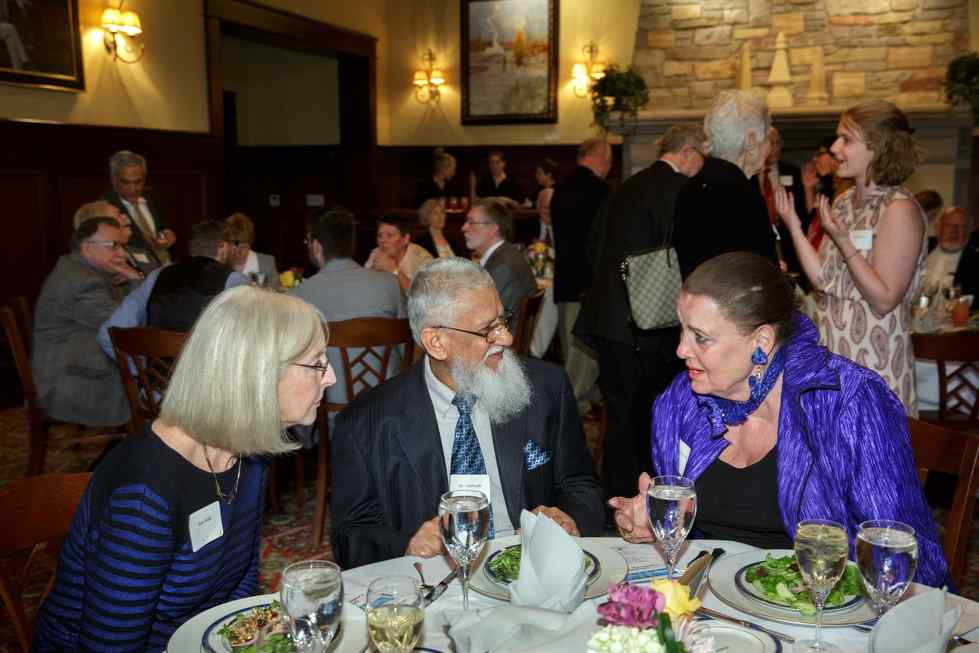 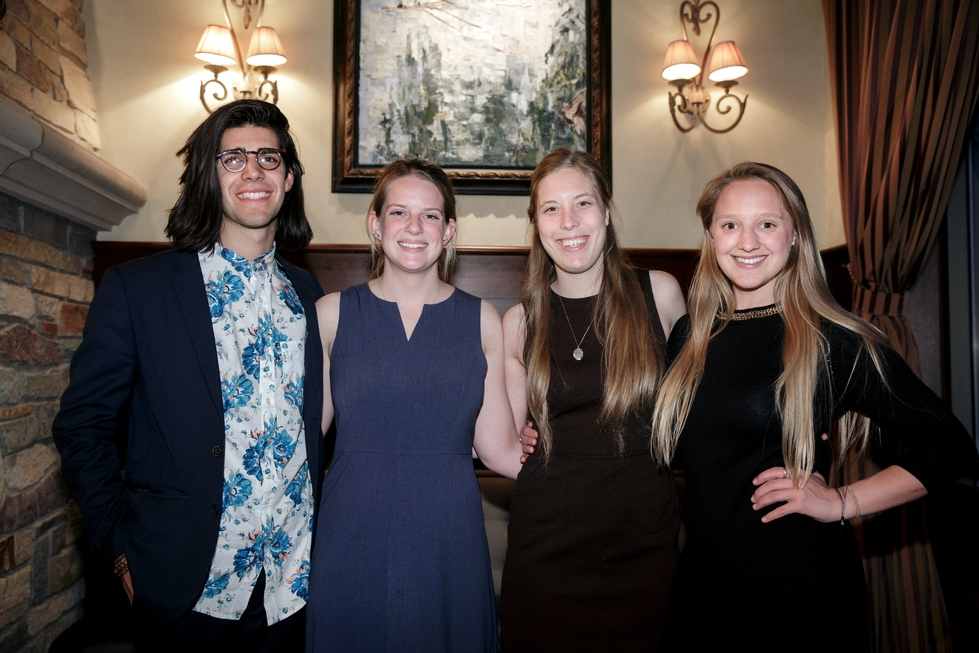 Mayor George Heartwell is a graduate of Albion College and Western Theological Seminary. Prior to being mayor, he was a city commissioner for the third ward of Grand Rapids. He is an ordained minister for the United Church of Christ, and served for 14 years at Heartside Ministry, a program for the homeless in Grand Rapids. He was previously the president of Heartwell Mortgage Corporation.

Following the dinner was the Sigal Lecture, given by Reverend Jennifer Bailey, an ordained minister in the African Methodist Episcopal (A.M.E.) Church, community organizer, and emerging national leader in the multi-faith movement for justice.

GVSU article on the event 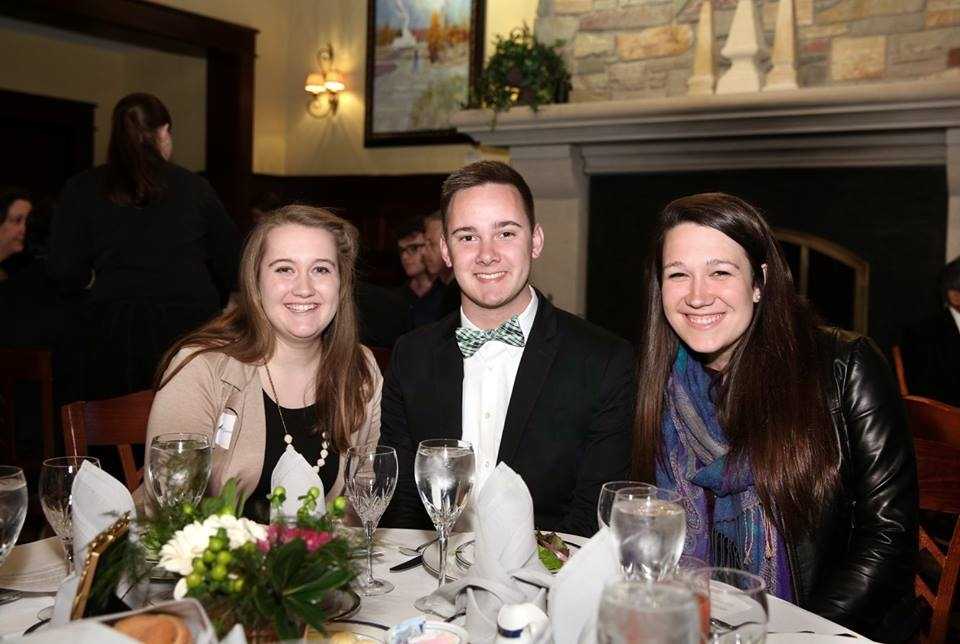 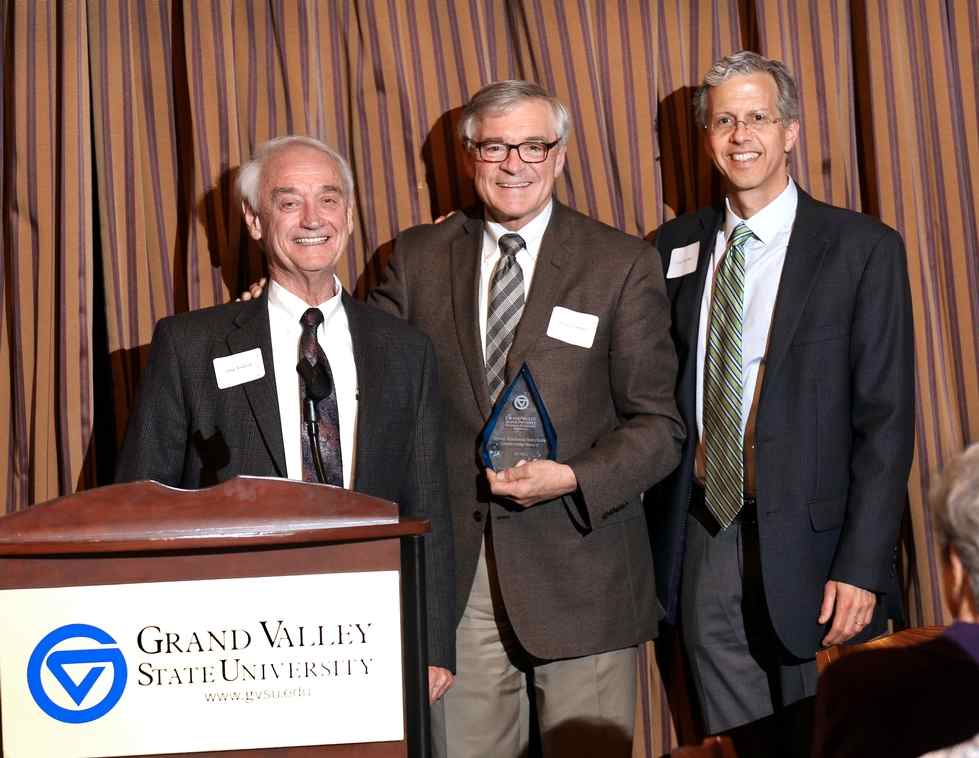 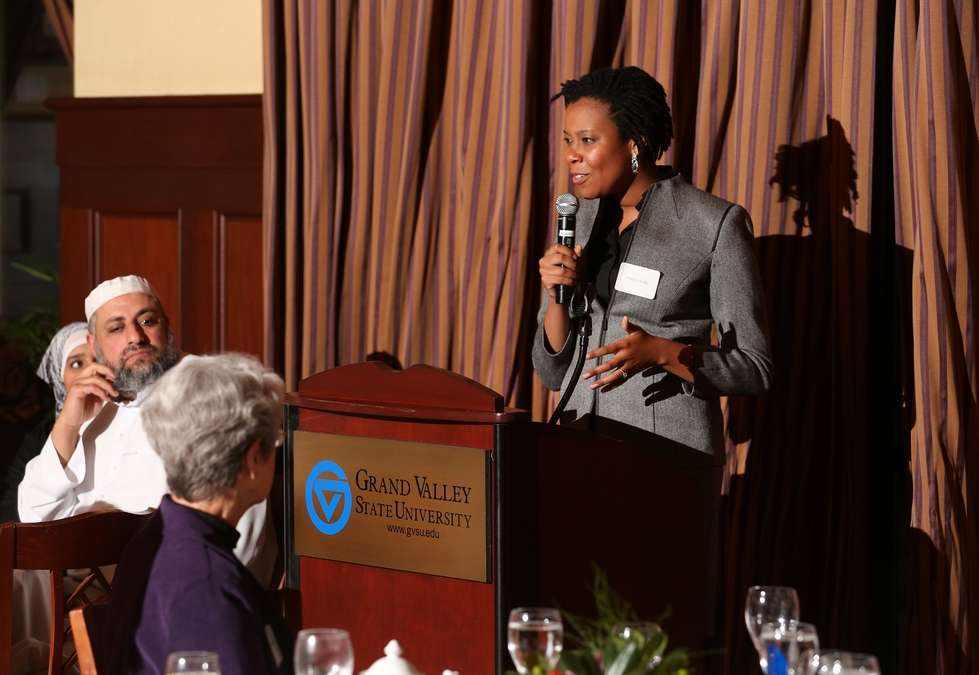 Lillian Sigal co-founded the Interfaith Dialogue Association, which was the fulfillment of a dream of her late husband, Rabbi Phillip Sigal, who was the spiritual leader of Congregation Ahavas Israel and a pioneering scholar in Jewish-Christian dialogue. After Phillip's untimely death in 1985, interfaith dialogue became Lillian's consuming passion.

Marchiene Rienstra born in Burma and raised in India and Pakistan, has enjoyed friends during his whole childhood from various religions and races. She was the first female graduate of Calvin Theological Seminary with an M.Div degree and also has a degree in Interfaith Ministry from the All Faiths Seminary in New York City. She has published two books with Eerdmans, Swallow's Nest and Come to the Feast, as well as a blog book, Flowers from Gardens of Faith. She has also served as pastor at Unity of Grand Rapids.

Ghazala Munir was born and raised in Pakistan and moved the United States in 1973. She attended the University of Peshawar and completed her master's degree in biochemistry. Her involvement with interfaith has taken her to programs at Yale University, Brown University, and Stanford University. Her essay "Muslim Women in Dialogue - Breaking Walls, Building Bridges" was published in the text Muslims and Islamization in North America. She was also featured in a book titled Amazing Women of West Michigan, published by Eerdmans. 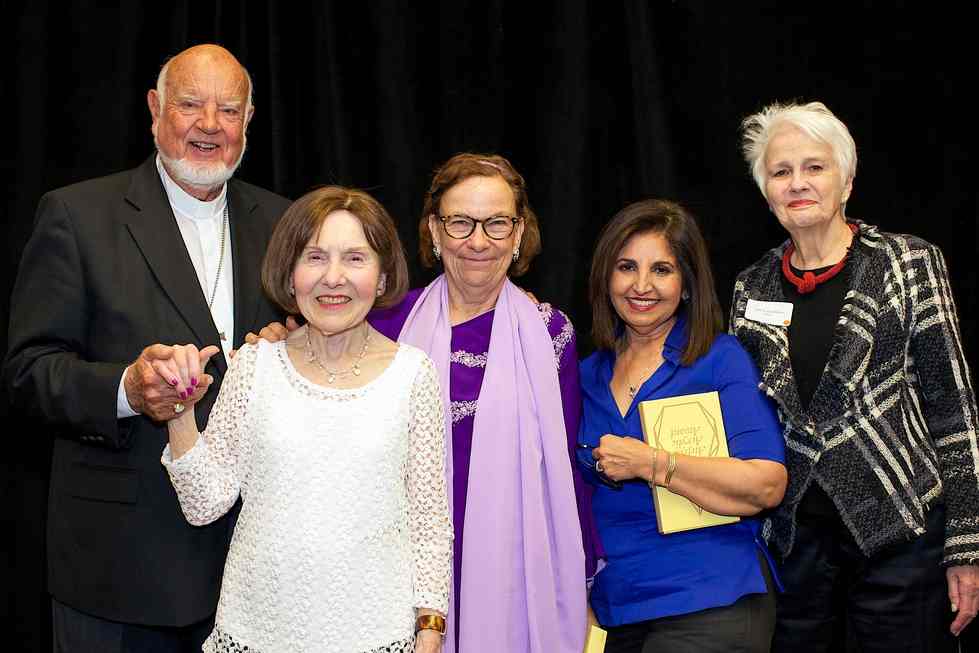 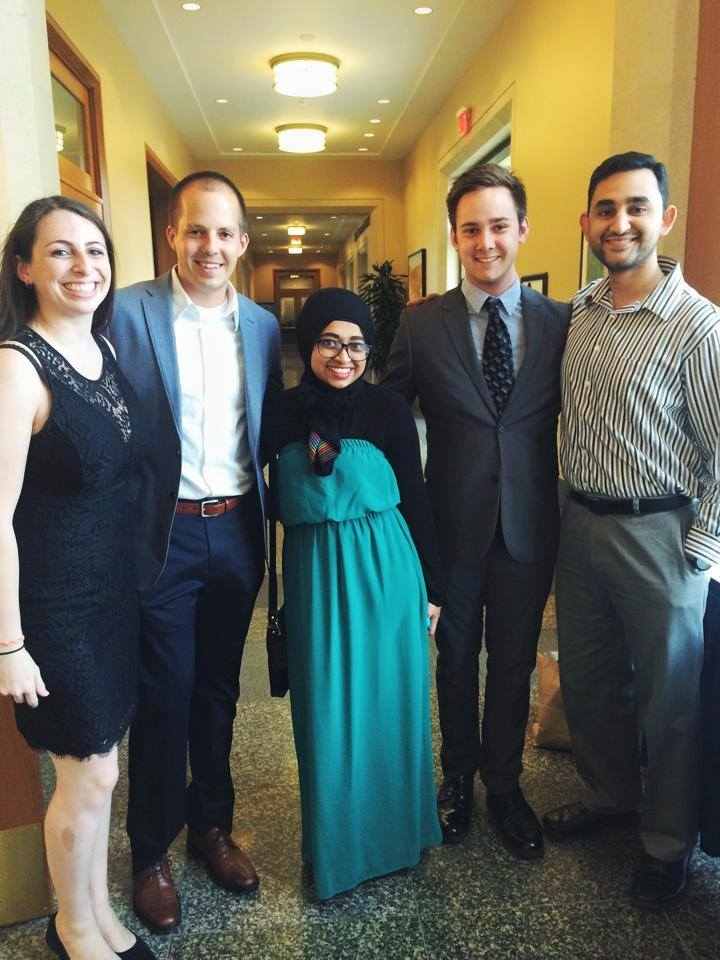 In 2014, Reverend Richard Rhem received the first annual Sylvia Kaufman Interfaith Leadership Award. He is the pastor emeritus of Christ Community Church in Spring Lake, Michigan, which he has served for over 40 years. Reverend Rhem was an early supporter of interfaith understanding and active participant in the Jewish/Christian Dialogues which began in the 1980s. He led his congregation as he pursued his journey of discovering the extent of God's love and grace that he believed to be inclusive of the whole human family.

Our keynote speaker was Dr. David Ford, the Regius Professor of Divinity at Cambridge University and is the founder & director of the Cambridge Interfaith Programme, He spoke on the Michigan interfaith agenda. He has lectured throughout the world on interfaith themes and is one of the founders of Scriptural Reasoning, a practice of interfaith reading in small groups representing different faith traditions. 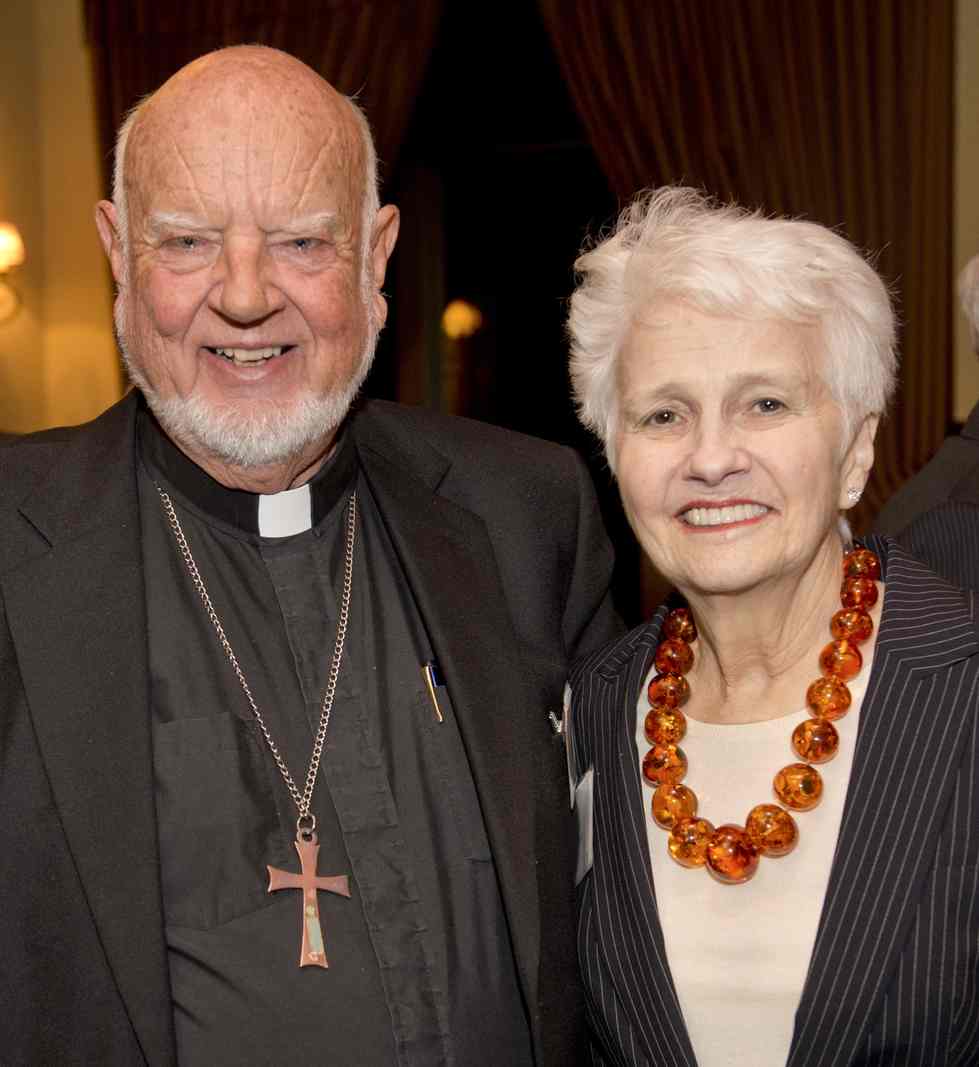 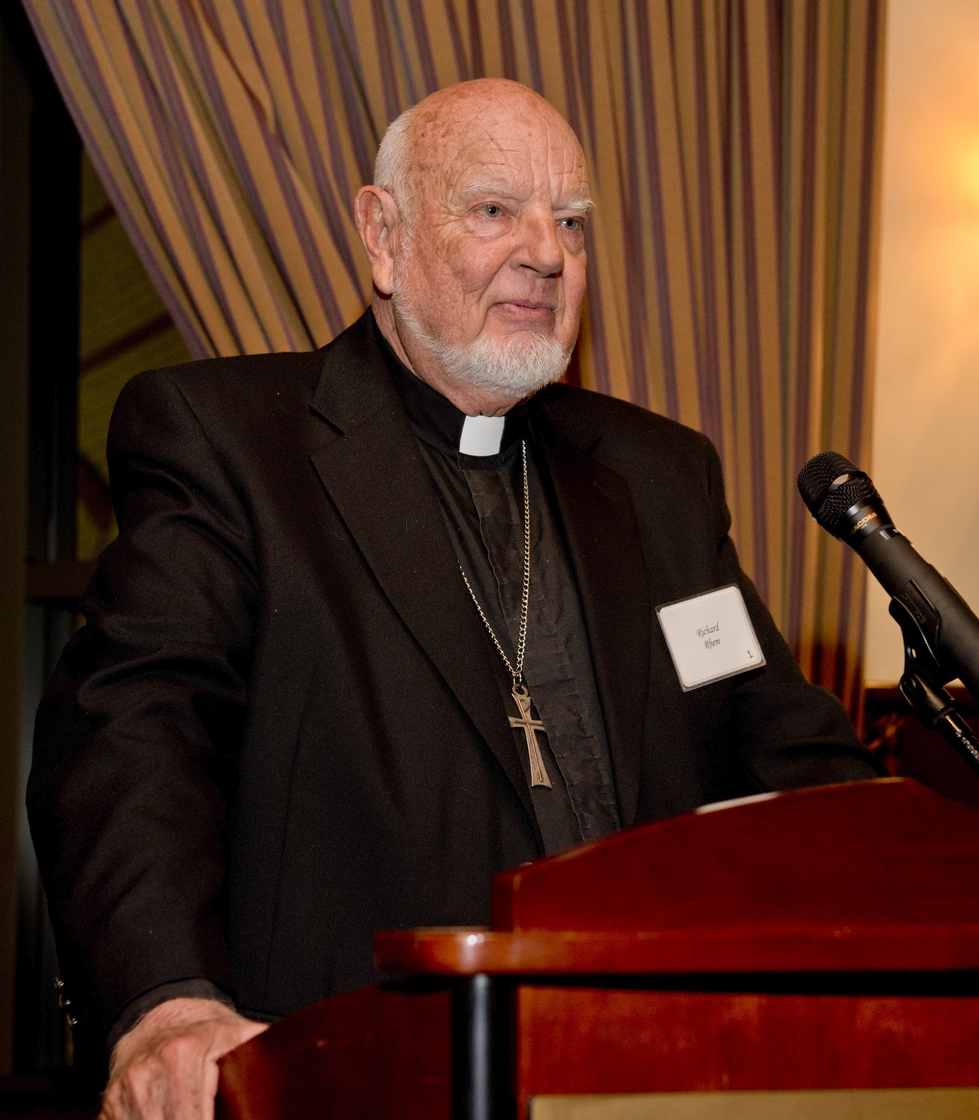