Louis Menand: The Marketplace of Ideas 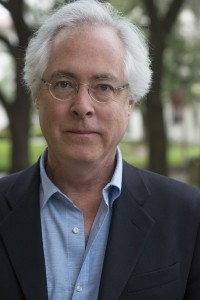 Often we hear that the purpose of a university in the 21st century is to produce skilled workers for the labor force or to cultivate good citizens for a healthy democracy. Louis Menand, professor of English at Harvard and contributing writer at The New Yorker, challenges those basic assumptions with rigor, clarity, and wit. Targets of Menand’s insightful analysis are questions we ask with increasing regularity: Why do all professors tend to be Democrats? What happened to general education and the liberal arts? Are the humanities really in crisis?

As universities across the nation redefine themselves to meet the demands of the 21st century, Louis Menand continues to prove a powerful and important critic of higher education and of the public that universities are called to serve.

To view the Q&A portion of the lecture, click here.


Page last modified November 11, 2020
Report a problem with this page