Character and the Presidency with Keynote by Richard Norton Smith 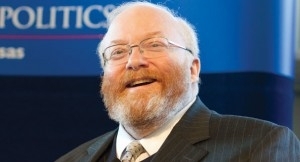 This year we launched an exciting multi-year series on Character and the Presidency, an annual event that will explore an area in which both Democrats and Republicans have a stake in finding common ground.

The event also included a panel discussion featuring a growing list of scholars including Hendrik Booraem, Jason Duncan, Grand Valley’s own Donald Zinman, and others.

This program was generously supported by the The Secchia Family and The Meijer Foundation.


Page last modified November 11, 2020
Report a problem with this page