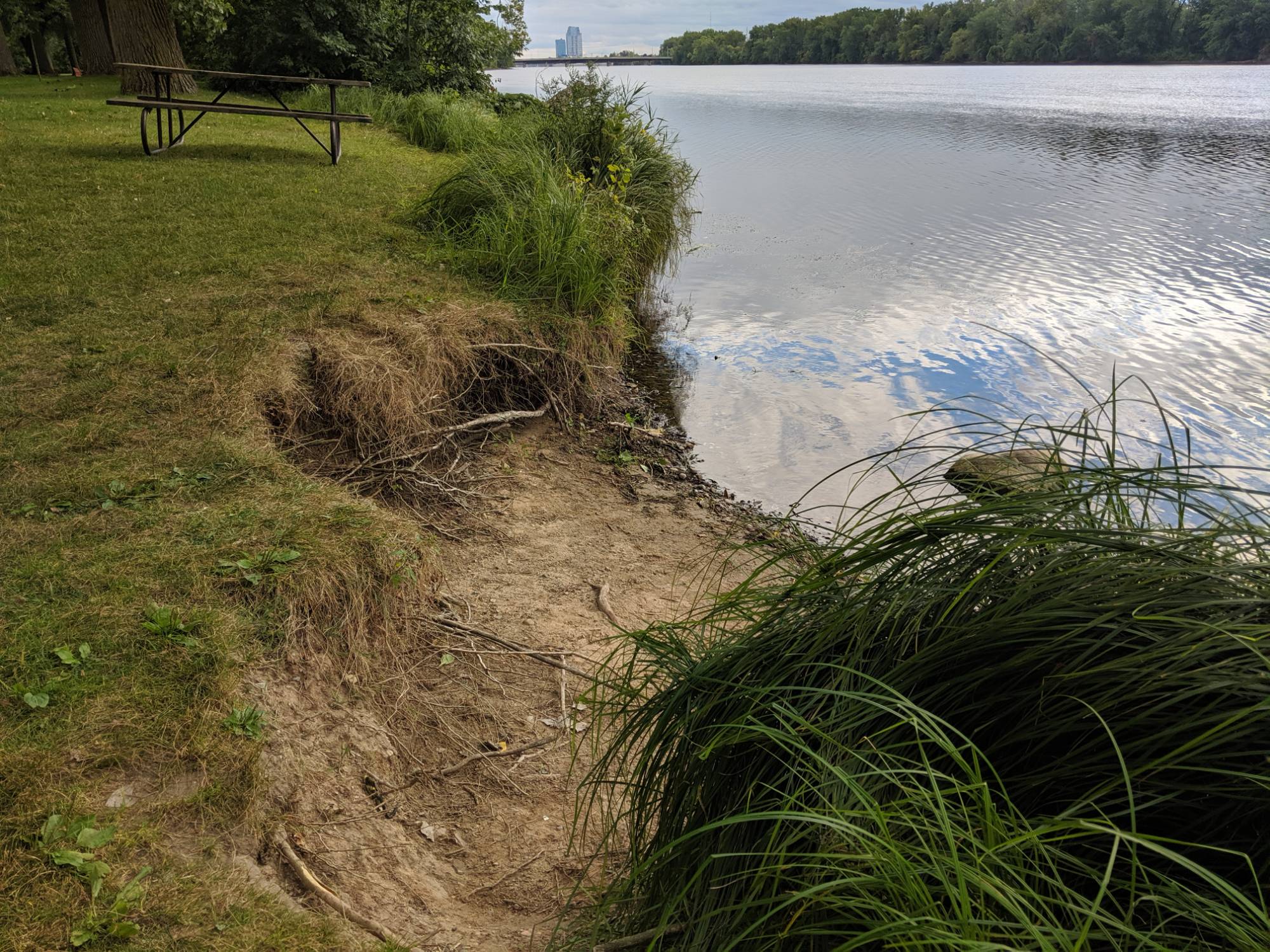 You identified soil erosion as an environmental problem in your community.

Flowing water has a lot of energy (called kinetic energy). This energy gives water the power to pick up and transport loose soil and other materials. If soil is not held down by vegetation, there is a much higher risk it will erode and be carried away by the water.

The amount of energy in flowing water depends on the volume of water and its velocity. Streamflow is measured by calculating the area of the channel multiplied by the average velocity (given in units of ft^3/s or m^3/s). Streams will have more energy if they have a lot of water and/or the water is moving very quickly.

Why is this a problem?

In urban areas, streamflow often varies a lot. If it hasn’t rained for several days, an urban stream might not have much water at all. But shortly after a storm hits, that stream will suddenly surge. The volume of water will increase substantially and the water will be moving very fast.

This is because the rain falling on streets, roofs, and other impervious surfaces could not soak into the soil where it fell. Instead, it entered catch basins and flowed through a series of pipes, along with rain water collected from other parts of the city. This water ultimately empties into a nearby stream. By the time the pipe reaches the stream, it has collected a large volume of water and the water is moving at a high velocity. This hits the stream with a lot of erosive force – like opening up a fire hose. The energy will scour the banks, eroding the soil and carrying it downstream.

Eroded soil causes sediment pollution, one of the main types of nonpoint source pollution. Sediment is also one of the leading causes for impaired waters in the United States. Too much sediment in the water causes turbidity (the water looks muddy and less sunlight gets through) and degrades habitat.

What Actions Can You Take?


Page last modified October 17, 2019
Report a problem with this page