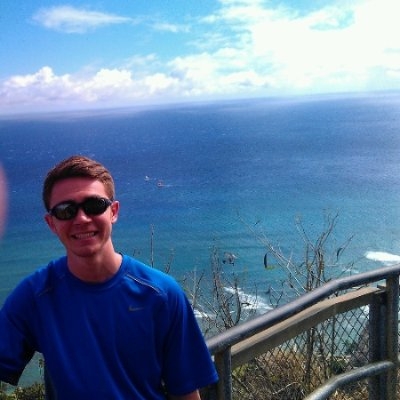 Mitchell Noworolnik was awarded a scholarship from GVSU Geography and Sustainable Planning department to assist him in attending University of Versailles Saint-Quentin-en-Yvelines. Noworolnik experienced a week of class that discussed sustainable mobility, the environment, well-being, and the current topics within them. The University brought in multiple speakers to lecture on how human transportation, cultural habits, and action on Earth are causing harmful effects, also known as climate change.

Climate change is the result of both human and natural sources of releasing many gases into the atmosphere, the main gas of concern being carbon dioxide. Carbon dioxide is released by transportation fuels, like petrol and coal, and then causes the "greenhouse effect," where heat becomes trapped within Earth's atmosphere. Noworolnik was able to experience climate change modeling and learned how much of an impact climate change has had. Since 1950, humans have accelerated the heating process as they become more reliant on fossil fuels, and the process of land-use change. This is closely linked with transportation and well-being, according to Noworolnik.

He was also able to hear two presentations on diet and food deserts, which discussed how a person's surroundings, activities, and food contribute to well-being. He believes this gave him, as well as his classmates, in-depth knowledge that all aspiring geographers should have that will allow them to keep up with the changes people see in the world today. He stated that in both economic and socio-economic perspectives, people need to share their ideas and knowledge with others to help people and the places they live.

Noworolnik said he is thankful for this school, the contacts he gained, and the experiences he had. He was able to present three times throughout the class and he became more comfortable with public speaking and discussing the topics in his field.