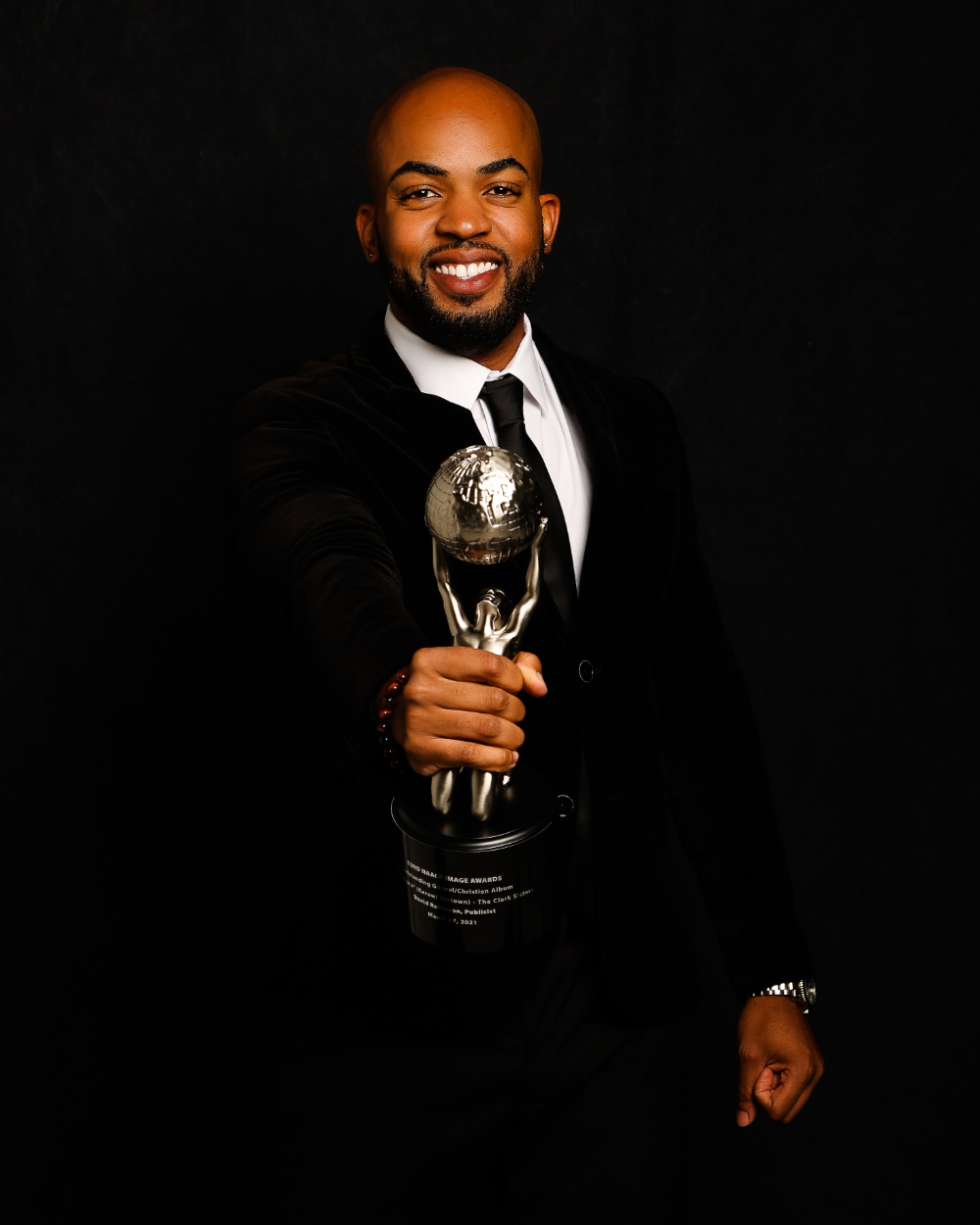 David Robinson, ’10, holds an NAACP Image Award he earned for his work with The Clark Sisters.

A 2010 Grand Valley graduate earned an NAACP Image Award for his work promoting an album by Detroit gospel group The Clark Sisters.

David Robinson, who earned a bachelor's degree in advertising/public relations, is the owner of The David Brand, an Atlanta-based marketing and public relations firm. The Clark Sisters, one of Robinson's clients, earned an NAACP Image Award for their album "The Return."

"It’s truly hard to put into words what that moment meant to me," Robinson said. "It means that dreams do come true."

Robinson was first a vocal performance major when he arrived on Grand Valley's campus in 2005. While he changed his major, he continued to take private lessons from music faculty members and performed in a number of musicals and choirs, including the Voices of GVSU, a gospel choir led by Cassonya Carter, senior academic advisor for KCON.

After graduation, Robinson moved to Chicago for a direct marketing job with a national firm. The job paid on commissions only, which Robinson said led to many lessons.

"I was working on 100 percent commission, but learned to stick with it and soon learned how to maximize my territory," he said.

Robinson progressed quickly through the company and soon was asked to move to Houston, Texas, where he oversaw a staff of 15. Another move to Baltimore had Robinson working with a staff of 30.

"They asked me to move again and I said no. I took a leap of faith and moved to Atlanta," he said.

He stayed with a friend in an Atlanta suburb and soon found a job selling cars. In 2014, Robinson volunteered to help with a movie premiere and found he quite liked the atmosphere. He networked with people who worked in entertainment and, a year later, started his own firm: The David Brand.

Robinson now works with a number of celebrities, providing brand and talent development and public relation services. The Clark Sisters was the first group he booked on national television, landing the singers on Jimmy Kimmel, Good Morning America and The Real.

"I am so grateful for my Grand Valley education. I learned the basics of public relations and how to apply theory to real-world applications. When I look at where I came from and where I am now, it's a great victory," he said.