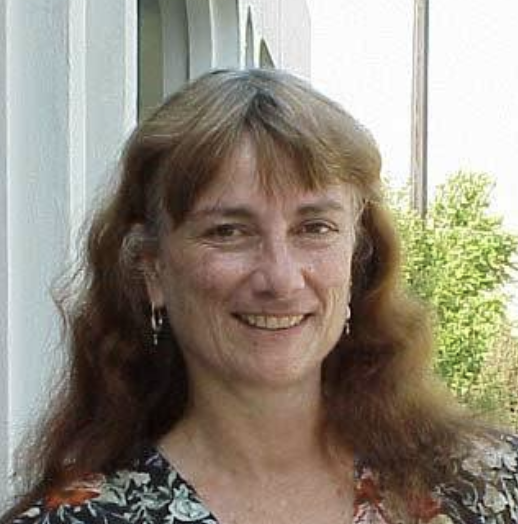 At its meeting on June 12, 2019, the Board of Trustees of Grand Valley State University approved the appointment of Barbara Flaschenriem, Ph.D., as Posthumous Associate Professor Emerita of Classics.

Barbara Flaschenriem passed away on August 15, 2013, following a long illness. A dear friend, colleague, and teacher, she joined the faculty of Grand Valley State University in 1998. Initially appointed in the Department of English, she became a founding member of the Department of Classics in 2000.

Professor Flaschenriem held the Ph.D. in Comparative Literature from the University of California at Berkeley. Prior to joining Grand Valley, she held faculty appointments at Seton Hall University and Yale University.

Her teaching and scholarship were informed by aspects of feminist theory focusing upon representations of women in Roman literature and society. Her writing was marked by great subtlety and intellectual grace. Colleagues and students cherished her unassuming but wry demeanor and her intense passion in the classroom.

These works have been cited authoritatively in articles on Roman elegy and on gender in antiquity, as well as in important monographs, including Reading Sulpicia by Mathilde Skoie (Oxford, 2002); Maria Wyke’s The Roman Mistress (Oxford, 2002); Marilyn Skinner’s Sexuality in Greek and Roman Culture (Blackwell, 2005); and, most recently, Erika Zimmerman Damer’s In the Flesh: Embodied Identities in Roman Elegy (Univ. Wisconsin, 2019).

In her fifteen years of service, Prof. Flaschenriem made a lasting contribution to Grand Valley as one of three founding members of the Department of Classics, which at the time of her death had grown to seven full-time regular faculty and had been nationally recognized within the discipline as a success story.

She made an indelible impression upon her students, of whom one has written:

At her memorial service people repeatedly described her love of teaching. Students and colleagues remembered her eagerness, her attentiveness, her scholarly brilliance, her ability to engage students, and her sincere excitement about students’ attempts to interpret classical texts, stories, and religions. I too remember all these things about her.

I remember how she would be lecturing and she would pause, and the pause would lengthen, and I would start to get nervous for her thinking that she had lost her train of thought and would forget entirely what she’d intended to say; but then she would proceed to say the most amazing things. So profound and precise and surprising, and so right. Before long I realized that these pauses/insights were regular features in her lectures. I began to look forward to the pauses as indicators of something delightful shortly to come.

I remember that sometimes when she was trying to convey something complicated she would face the class but reach a blind arm behind her and use her finger to draw lines and circles in the dust on the chalkboard, willing us to make the same connections that were clear to her.

I remember how she would respond so eagerly and warmly to students’ contributions. Even when my contributions were clumsy or required a lot of clarification, she would simply say, “How so?” After that, she would kind of magically help me turn a malformed idea into something meaningful. To this day when I am having trouble understanding somebody, I think of Professor Flaschenriem’s “How so?” and try to use it to bridge the gap.

At the time of her death, Prof. Flaschenriem was at work on a book about the Roman poet Propertius. The unfinished manuscript, Dream and Ekphrasis in Roman Elegy, was to have been a study of the way dream and ekphrasis (the verbal description of a work of art) interact in Roman poetry of the Augustan period. Her dedication to teaching, her drive for perfection, and finally her recurring illness left the book with only chapters two and four complete.

In 2017, however, the University of Michigan Press editorial board approved a proposal for Golden Cynthia: Essays on Propertius by and for Barbara Flaschenriem. Sharon James (Professor of Classics, UNC Chapel Hill) is the editor and has contributed a chapter, along with four other contributors. The volume will accordingly comprise seven new essays (including Prof. Flaschenriem’s two completed chapters) as well as a reprinted version of Prof. Flaschenriem’s seminal 1998 article from the journal Helios.

Prof. Flaschenriem was deeply invested in expanding access for promising and committed students of Greco-Roman antiquity. Accordingly, she requested that her estate help to establish a scholarship to benefit students of Classics at Grand Valley with financial need. Thanks to the generous support of her sister, Carol Phillips, and to the donations of colleagues and alumni, the Barbara Flaschenriem Endowed Classics Scholarship was first awarded in 2014. This lasting contribution ensures that Prof. Flaschenriem’s aspirations are fulfilled by talented and deserving students each year.

Barbara Flaschenriem’s work abides in the scholarship that bears her name, her students, the department she helped build, her donated classics collection, and her writing. She deeply touched those who knew her as a fiercely loyal friend, colleague, or classmate. Her life and her legacy amply fulfill the expectations attaching to an appointment to emerita status, and such posthumous recognition would be a fitting source of inspiration and a comfort.


Page last modified June 12, 2019
Report a problem with this page