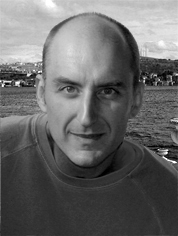 Nicias' letter to the Athenians and their response (Thucydides 7.11-16), accepted by Classical Philology

Empire and war in Procopius' Wars, accepted for Brill's Companion to Procopius (Brill)

"The Great Emperor": A motif in Procopius of Caesarea's Wars, in Greek, Roman, and Byzantine Studies

The Quaestor Proclus, in Greek, Roman, and Byzantine Studies

‘How then is it not better to prefer quiet, than the dangers of conflict?’: The imperial court as the site of shifting cultural frontiers, in Shifting Cultural Frontiers in Late Antiquity (Ashgate Publishing)

Paying attention to the man behind the curtain: Disclosing and withholding the imperial presence in Justinianic Constantinople, in Bodies and Boundaries in Graeco-Roman Antiquity (de Gruyter)

'The trembling of Cain':  Religious power and institutional culture in Justinianic oath-making, in The Power of Religion in Late Antiquity (Ashgate Publishing)

Fortune's laughter and a bureaucrat's tears: Sorrow, supplication, and sovereignty in Justinianic Constantinople, in Tears in the Graeco-Roman World (de Gruyter)

Justinianic ideology and the power of the past, in The Cambridge Companion to the Age of Justinian (Cambridge University Press)

Justinian's Novels and the law of succession, in Confrontation in Late Antiquity:  Imperial Presentation and Regional Adaptation (Orchard Academic)

Procopius and Thucydides on the labors of war: Belisarius and Brasidas in the field, Transactions of the American Philological Association

Odysseus and his audience: Odyssey 9:39-40 and its formulaic resonances, The American Journal of Philology

'Our most pious consort given us by God': Dissident reactions to the partnership of Justinian and Theodora, Classical Antiquity


Page last modified December 19, 2022
Report a problem with this page