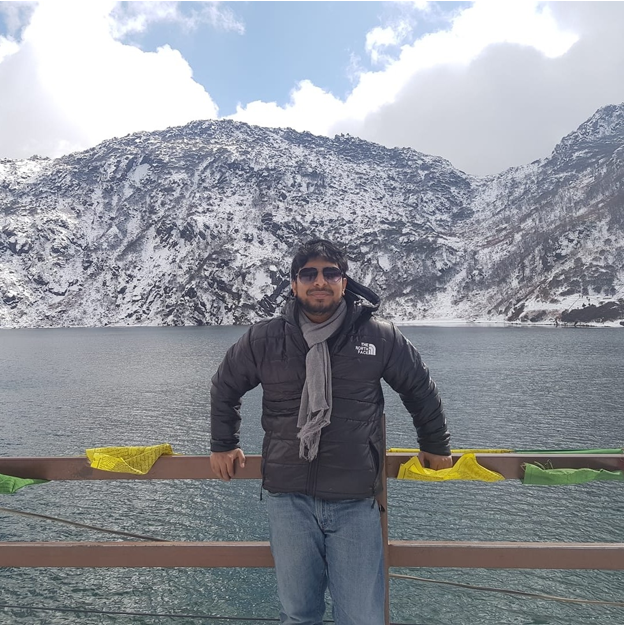 In these winter months, Michigan in the United States looks much different than the scenery of Bangladesh. According to Jaisan Mostafa, a new student to Grand Valley as of the fall of 2021, the winter months look nice from the inside of a building, but are no fun when you step outside.

After coming to Michigan in the fall of 2021 from Bangladesh to receive his Master’s at Grand Valley State University, Mostafa is looking to finish up his education in mechanical engineering. He chose mechanical engineering because of an early-age fondness of cars, and an interest in the industrial system. Mostafa said that “Grand Valley’s curriculum is mostly project based” for his classes, and this was a large contributor to choosing this school.

Even as Mostafa has enjoyed his time within the United States, he does miss home. While Mostafa does not have any close relatives here in Michigan, he has friends and roommates that are also from Bangladesh, which helps a bit with the homesickness. One of the other things that Mostafa misses about home is the food- specifically, fish. Mostafa mentioned that the delicious fish dishes have so much variety, which something you don’t find much of here.

Outside of school, Mostafa has highly enjoyed travelling in the United States. Some of the interesting places he has been are New York, Indiana, and North Carolina. Mostafa said that North Carolina was “a lot like Michigan, but less cold”, which I think a lot of people can agree on. While New York was a great adventure in a huge city for Mostafa, he says that he would love to visit Niagara Falls. Coming from a Michigander, I hope he can visit Niagara Falls when it’s warmer outside.

Jaisan Mostafa is a hard-working student who is experiencing Michigan and Grand Valley from a new, first-hand experience. I wanted to thank him personally for giving me the opportunity to talk with him and get to know him on a personal level. There are thousands of students that attend Grand Valley State University, and I don’t want their names and faces to be hidden by the GVSU logographic. With this article, I hope to shine a light on the students that help grow and improve our campus every single day.


Page last modified January 7, 2022
Report a problem with this page