View the entire GVSU art collection of over 13,000 pieces online 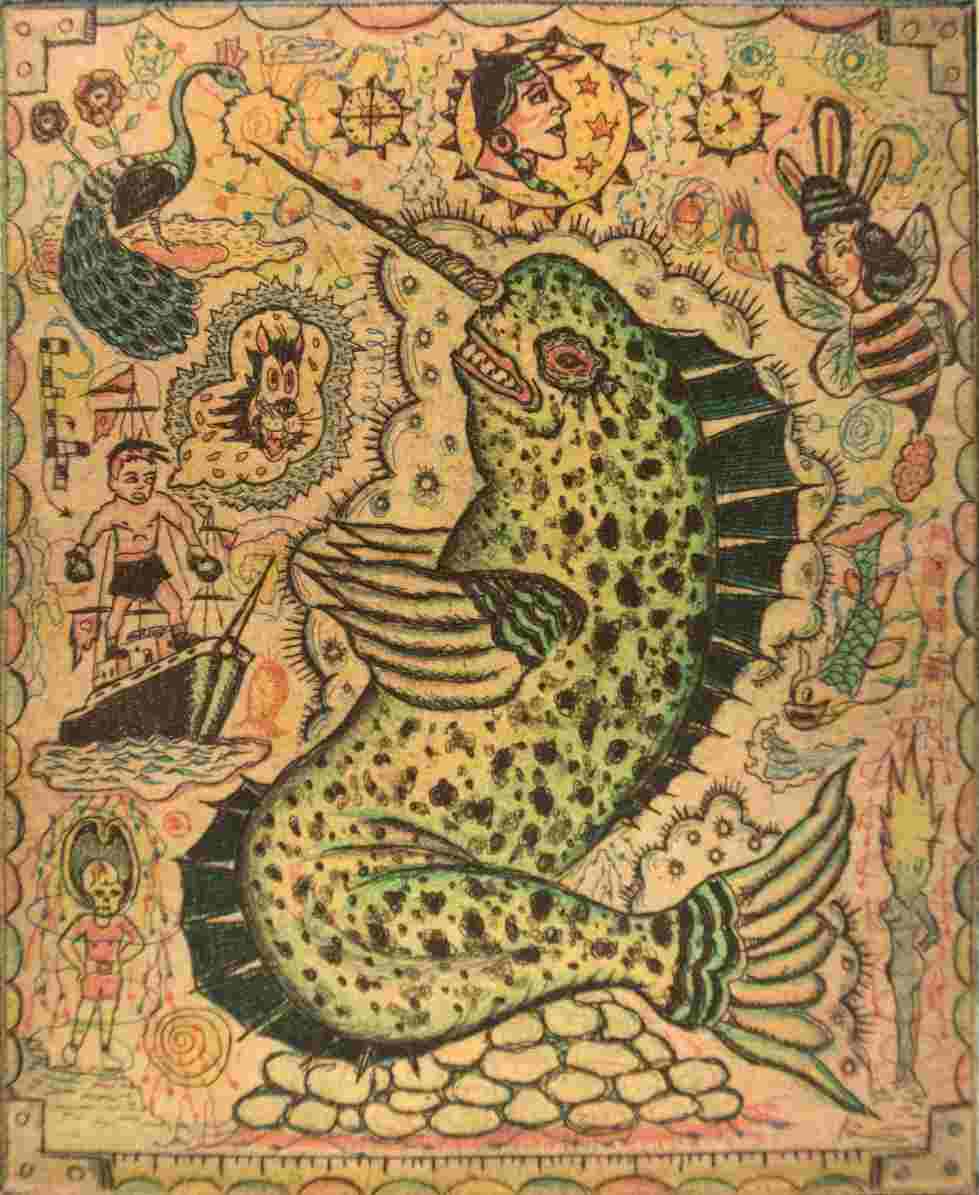 Tony Fitzpatrick was born in 1958, and raised in and around Chicago as a member of a large middle class Irish Catholic family. His father worked as a burial vault salesman, and often took Tony along to appointments around the city when he was suspended from school. Drawing was a pervasive part of his life, and he’d sketch anything that caught his eye. He graduated from Montini Catholic High School in 1977, untrained in the arts.

Over the years, Fitzpatrick spent time as boxer, bartender, actor, waiter and tattoo artist. These experiences, coupled with an insatiable appetite for drawing, had a profound effect on his work. This exhibition features 21 etchings by the artist. They are drawn out of a recent gift of over 120 works on paper to the GVSU permanent collection. Filled with strange and magical beasts they draw on his childhood imagination, Catholic upbringing and immersive experience in street culture.

Want to know more about the Fitzpatrick Collection or the GVSU Art Gallery? Check out these resources: 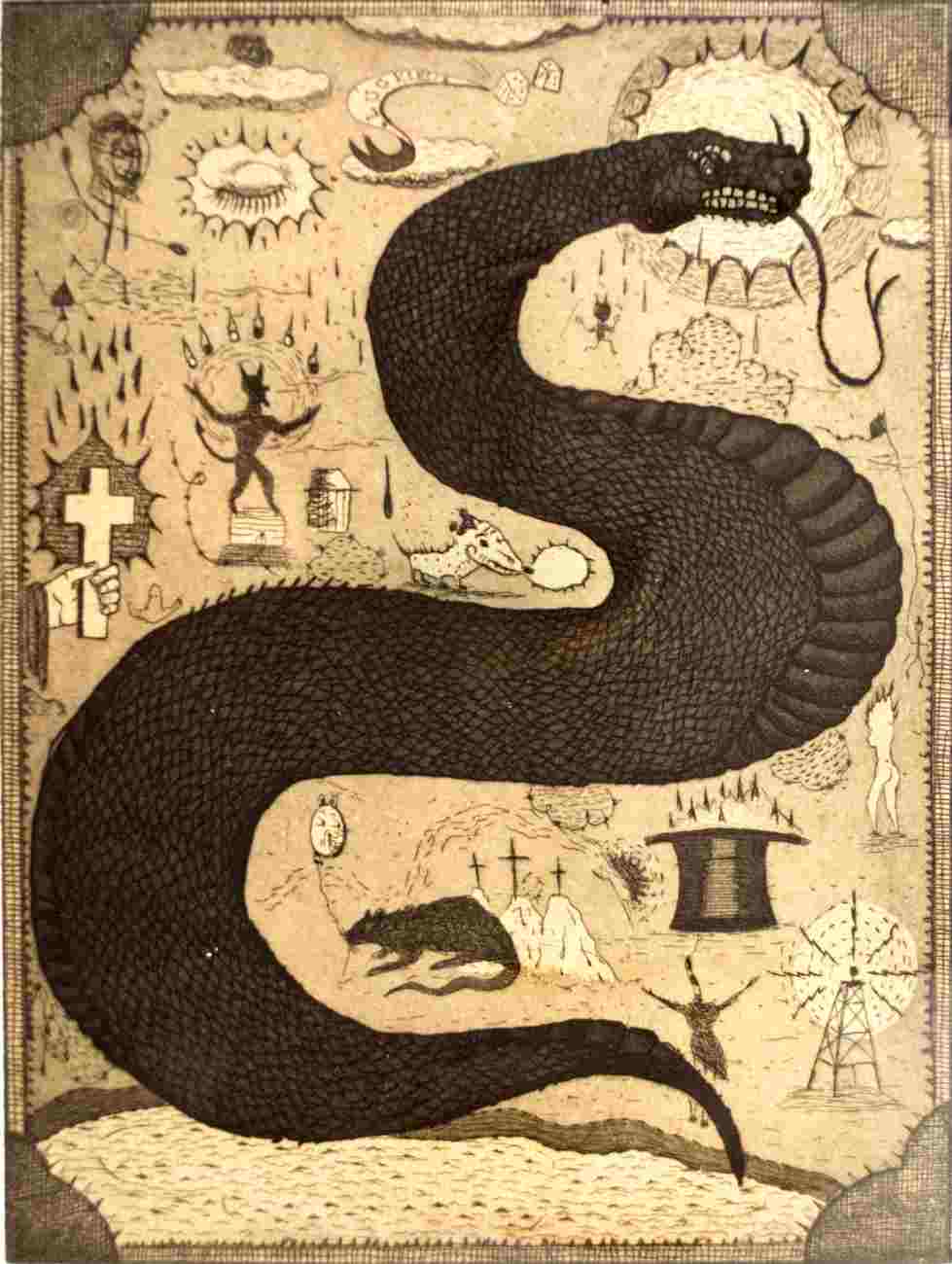 Gallery hours are reflective of Kirkhof Center, including changes made due to semester, holiday, or campus-wide event.


Page last modified February 28, 2019
Report a problem with this page