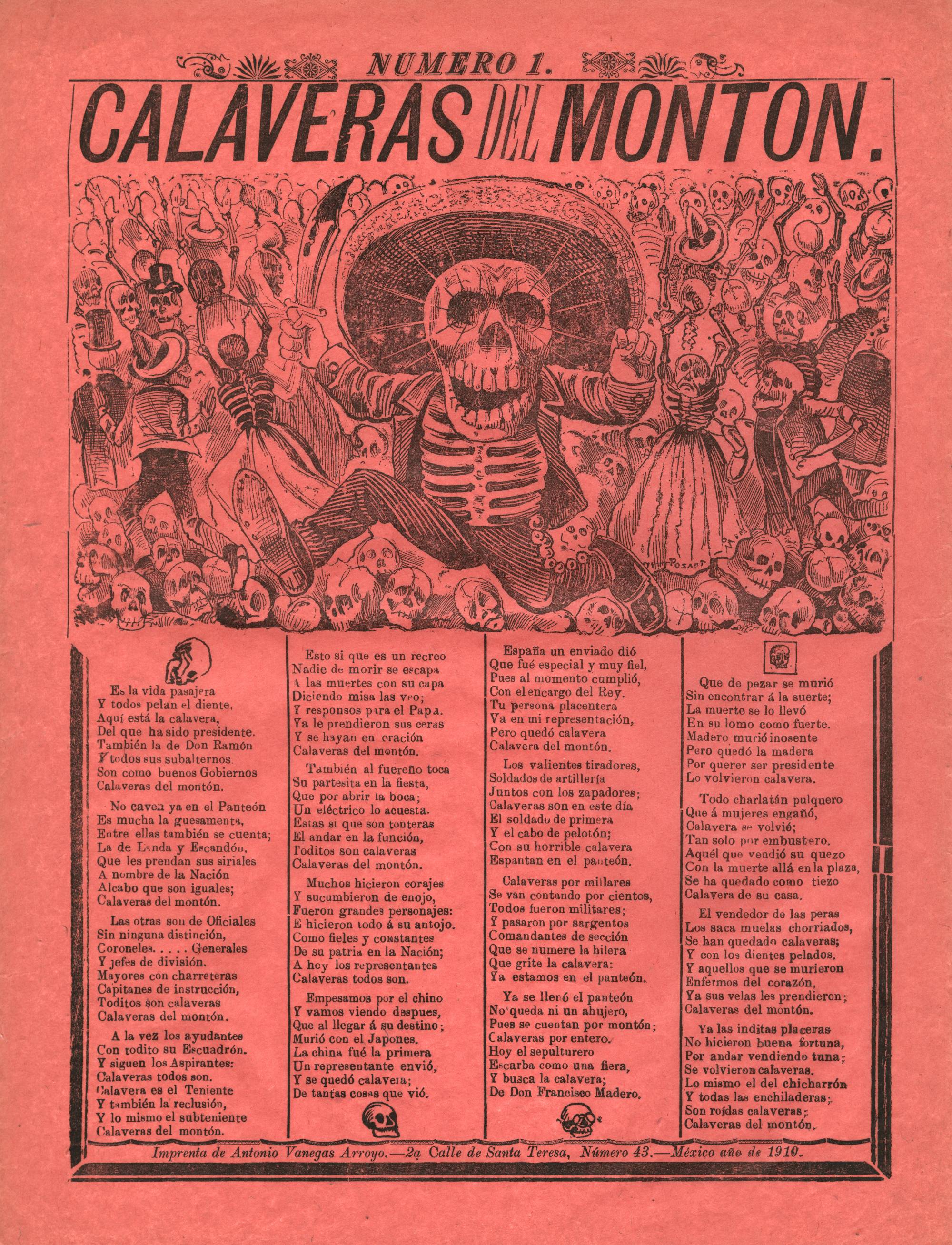 José Guadalupe Posada (1852-1913) was a printmaker and engraver, who lived and worked in a period of Mexican history characterized by social and political upheaval. In 1888, he moved to Mexico City, where he quickly established himself and created some of his most important work. Posada illustrated historic scenes, board games and commercial items, religious images, various books and newspapers.

He is most famous for his use of calaveras (depictions of skulls and skeletons) to satirize and mock the corruption of the wealthy and political elite. La Calavera Catrina (Skull of the female dandy), his most iconic image, was created in 1910 at the start of the Mexican Revolution. The image shows a grinning skeleton wearing a women’s feathered hat; pointing out that death comes to everyone, even those in the upper class.

This exhibition includes sixteen reproductions of his prints, from the GVSU Print and Drawing Cabinet. The prints were purchased in 2002 from the family of Antonio Vanegas Arroyo, who printed them using the original plates and press. 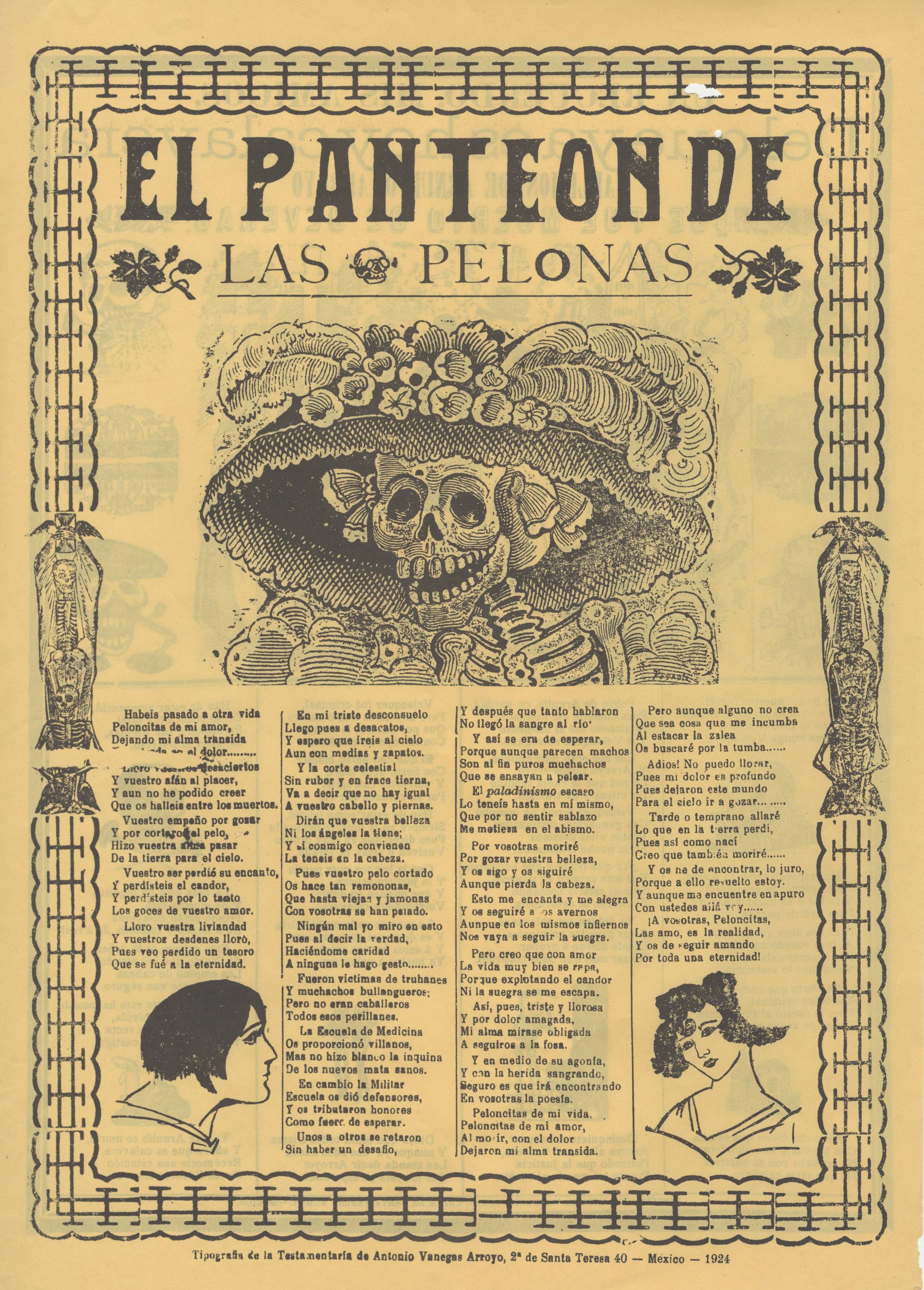 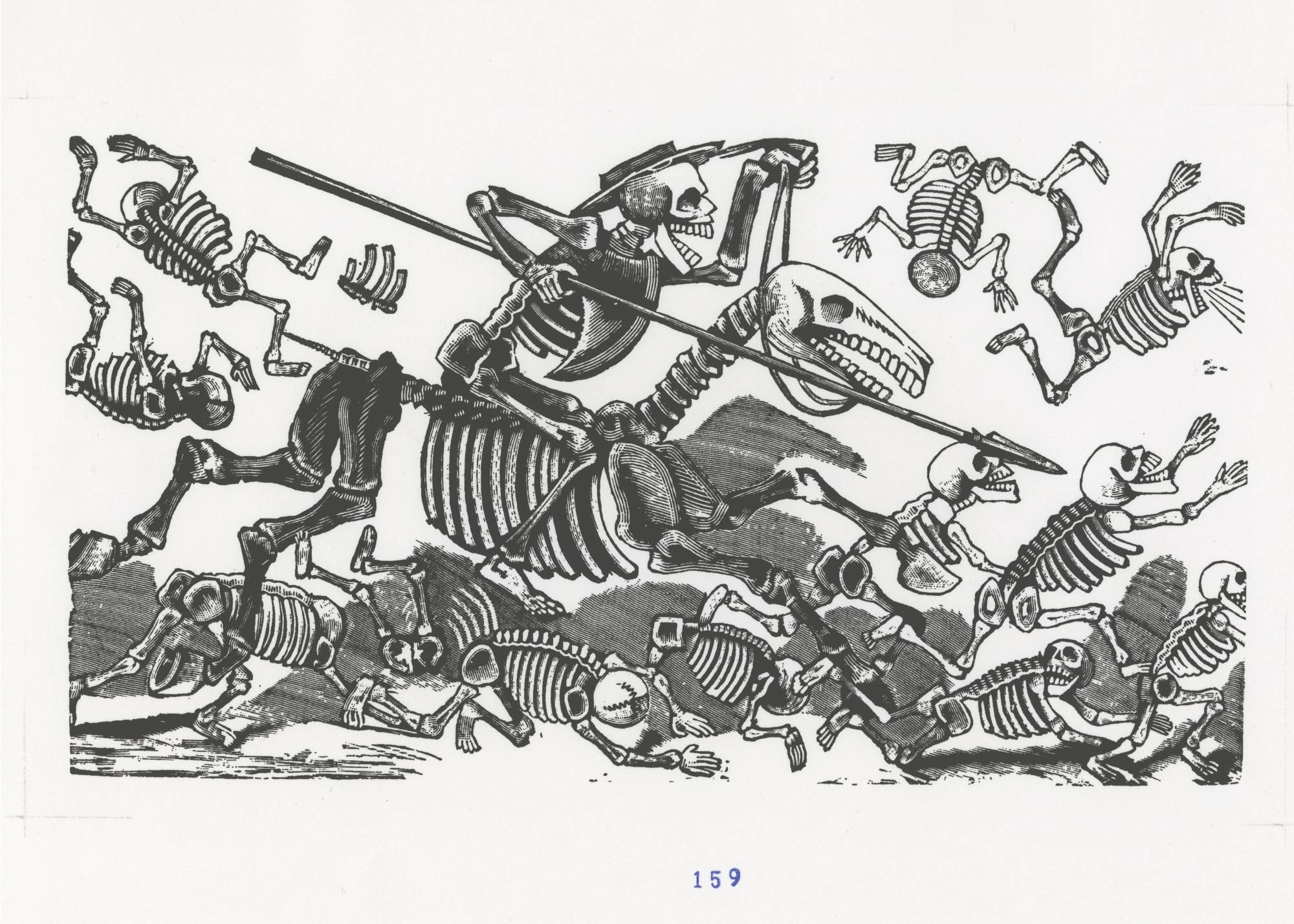 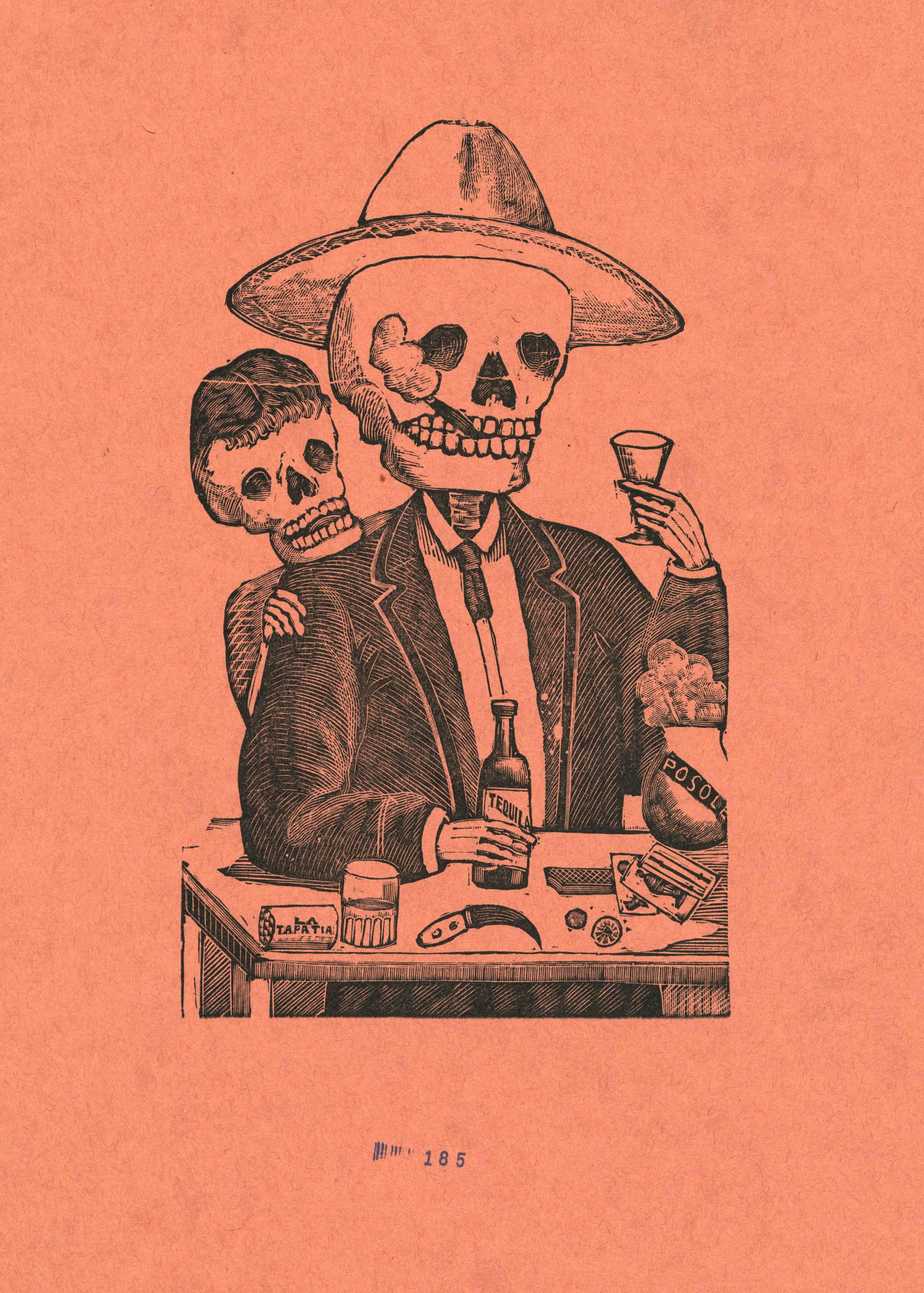 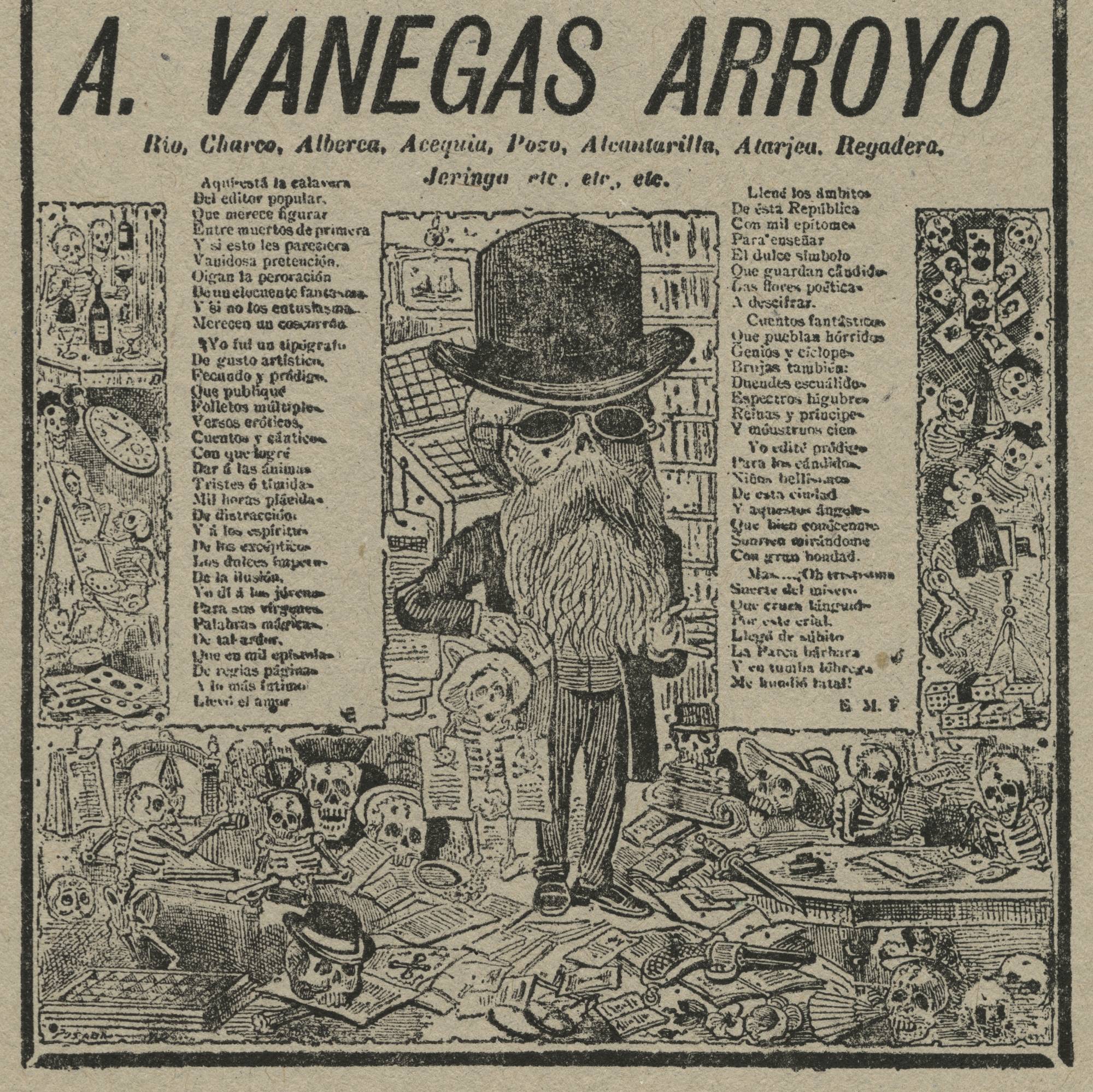 Gallery hours are reflective of building location, including changes made due to semester, holiday, or campus-wide event.


Page last modified November 1, 2019
Report a problem with this page