A close look at the key themes present in a selection of prints and objects from the Robert L. Hoskins And Erwin A. Raible Collection of Fin De Siécle French Prints, a Gift of Elaine Rutowski Shay.

More than 200 art objects from late 19th century were gifted to the GVSU Art Gallery in 2008 by Elaine Rutowski Shay including advertisements, magazine covers, books, and other ephemera. This collection offers a unique look into Parisian society and culture at the turn of the century. Items from the Collection have been included in courses of study. The introduction below was written by GVSU Associate Professor, Dr. Ellen Adams as part of a semester-long research project conducted by a group of her students in Modern Art and Modernity, a course in the Frederik J. Meijer Honors College, that culminated in an exhibition of select objects from the Collection displayed alongside essay responses written by the students. "The subject of each essay emerged from students’ individual interests and discoveries. Each student “adopted” one work of art for in-depth study, produced original research, and presented their findings to their classmates and now to the university as a whole. This exhibition thus highlights a primary goal of the GVSU Art Gallery: to educate the university and the broader community about art and its place in society."

"During the period spanning the turn of the century, Paris, one of the most vibrant cities in the world, experienced an explosion in print media. Visitors to this modern capital and Parisians alike only needed to walk down the newly constructed grands boulevards or open a magazine to experience what gallery-goers had seen for decades: avant-garde art, now displayed on walls and pages, confronting the modern viewer with more images than ever before. Now-familiar artists – Henri de Toulouse-Lautrec, Pierre Bonnard, and others – made names for themselves producing ephemera such as posters, journal illustrations, theatre programs, and advertisements.  The Robert L. Hoskins and Erwin A. Raible Collection of Fin-de-Siècle Prints provides a view into the visual culture of late nineteenth century France, with special attention given to entertainment, advertising, and popular activities in Paris. While more than a century separates these works from our own time, important connections exist between the imagery driven by commerce and amusement visible in many of these prints and our own image-driven society." - Dr. Ellen Adams, GVSU Associate Professor, Honors College 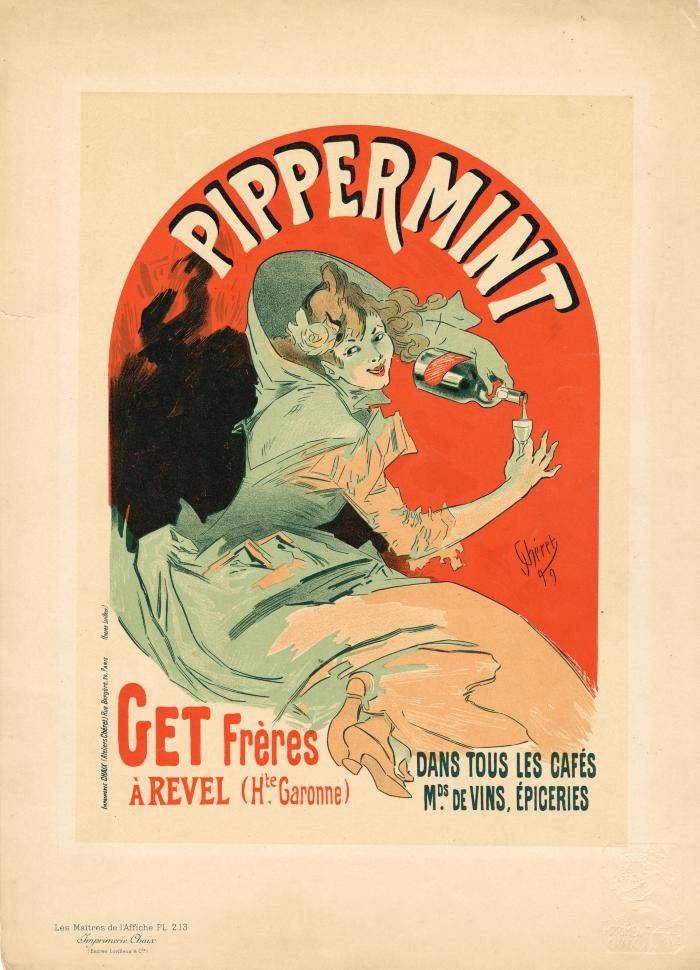 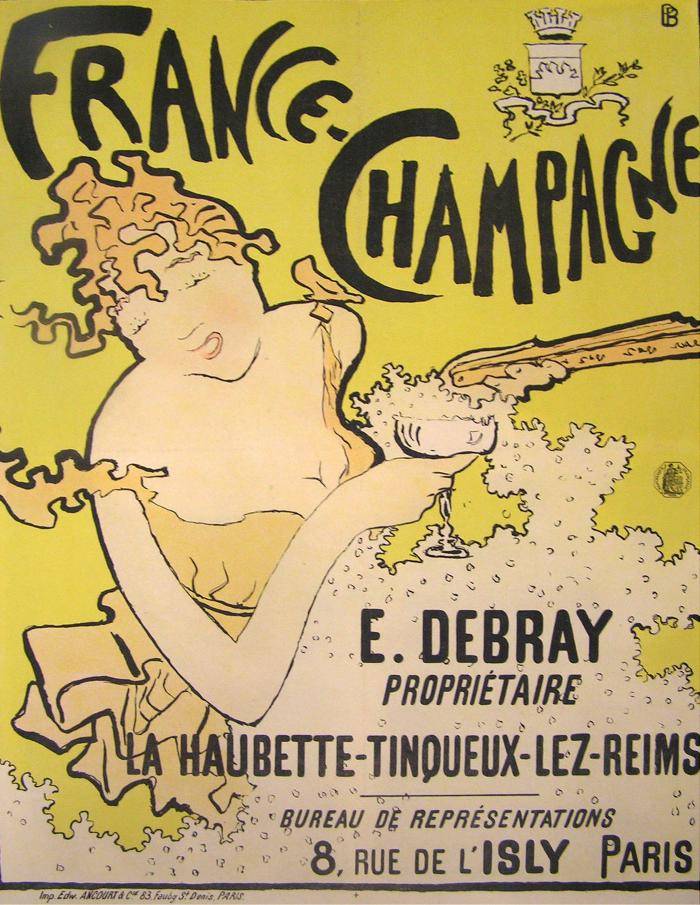 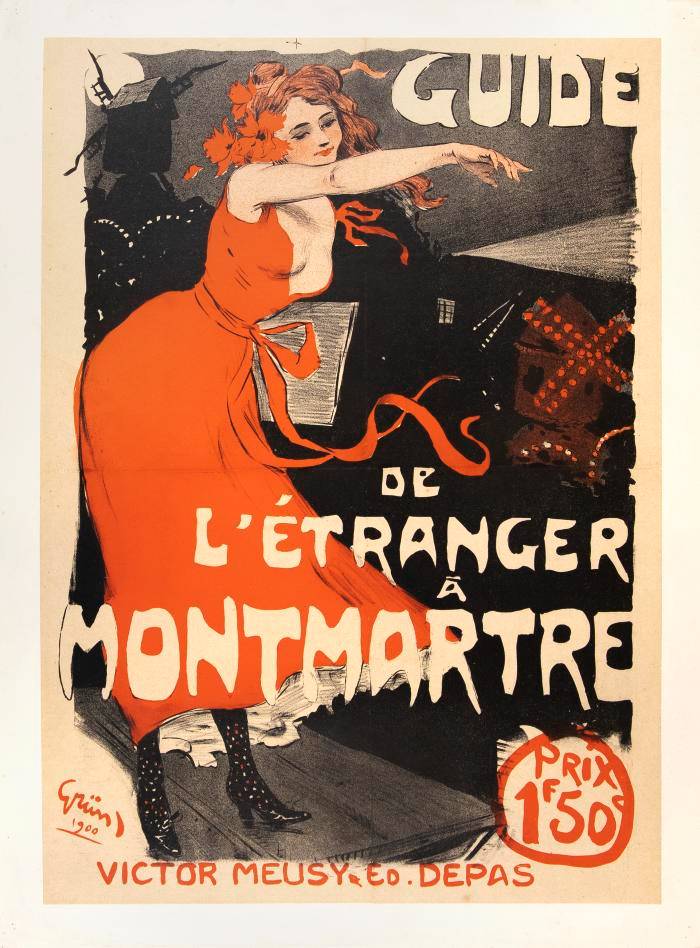 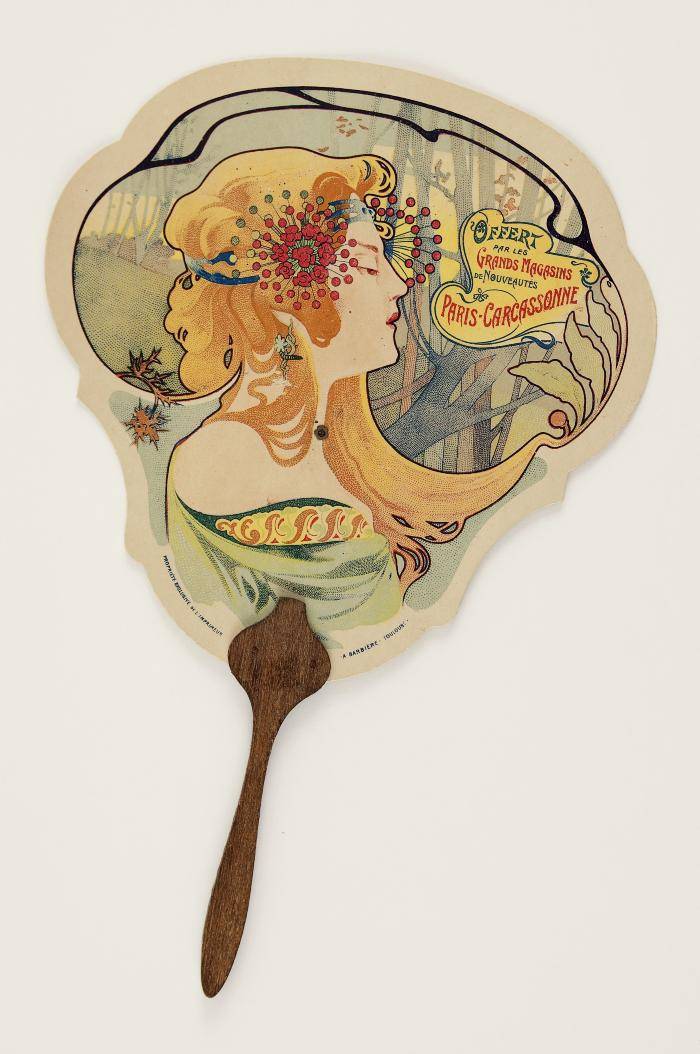 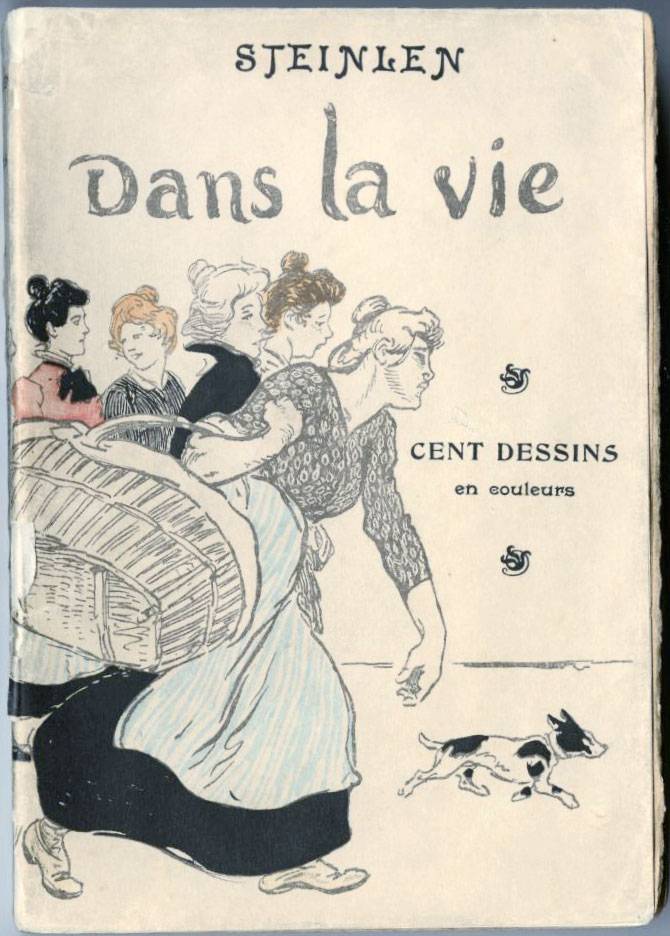 Fin de siécle is a French phrase that directly translates to ‘end of century,’ but is more closely aligned with the English phrase, ‘turn of the century.’ Fin de siécle is a term often used when talking about art, literature, and theatre created at the end of the 19th century, specifically the 1890s.

When we study the history of art, especially in early art history survey-style courses, we are more often looking at fine art objects, as opposed to commercial or design objects, like the items we’ve brought today. Fine art objects can be described as the expression of an individual artist’s vision, whereas design objects are more accurately described as cultural artifacts—because they’re made to satisfy the needs of a client, rather than an artist’s vision; they’re an embodiment the sentiments, values, and other cultural expressions of their time. 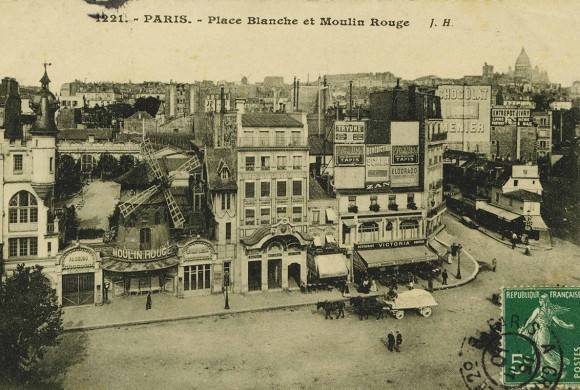 Many of the artworks in this collection were created with a chromolithographic process -- based on the concept that oil and water resist one another. The video here describes the lithographic printing process.

Much of the text below was written by GVSU Associate Professor Dr. Ellen Adams.

Nineteenth century Paris was a city transformed. When the works of art in this collection were created, the capital looked little like its former self, as it had recently undergone a vast urban renovation. Emperor Napoleon III (1808-1873) and Baron Georges-Eugène Haussmann (1809 – 1891) (a city official and city planner) enacted a plan for modernization and rationalization that demolished medieval neighborhoods in order to bring more air and light to the city. This process produced wide boulevards with sidewalks, upgraded utility lines, modernized Métro and railway stations, and incorporated parks and green spaces into city life.

Chromolithography resulted in creative and dynamic poster designs that often provided less practical information in favor of an innovative layout or style. Especially after 1881, when Parisian laws supporting freedom of the press made it possible for thousands of posters to paper practically any flat surface in the city, advertisements vied for the attention of rushing passersby. In many instances, posters privileged image over text – or combined the two in novel ways – offering merely an idea about a product or event instead of a full explanation. Which sometimes makes it difficult for us, in the 21st century to decern the purpose or meaning of some advertisements.

France has a rich and storied history of theatre productions and design. The nineteenth century saw a battle between Romantic and Realistic tendencies until the last decades, when symbolist theater captured the hearts and minds of audiences and artists alike. Contemporary writers described this avant-garde movement as one that sought to create in the viewer “a certain state of the soul…[to] in some way reconstitute in the modern mind a lost faculty, the sense of the mysterious…”  Like the Romantics, the Symbolists plumbed erotic and psychological content, and dug deeply into themes such as desire, love, death, and suffering. In contrast to earlier complex productions, however, symbolist theater tended towards simple, abstract backdrops, starkly lit stages, and minimal costumes. The focus was on feeling.

Institutions such as the Théâtre de l’Oeuvre and the Théâtre Libre produced the most up-to-date plays and counted artists among their founders and contributors. Edouard Vuillard, in particular, shared a fascination for theater with Aurelien Lugné-Poë, the leading intellectual behind l’Oeuvre. Vuillard contributed directly to theatre productions by producing posters, programs, and set designs. Like Edgar Degas, Toulouse-Lautrec, and others, Vuillard had an affinity for both the dramatic and the mundane aspects of theatre and frequently sketched and painted scenes from performances and rehearsals.

Academic and philosophical schools of thought also saw changes. The notion of ennui (the French word for boredom), along with cynicism, and pessimism emerged from the rapid social and industrial changes of the 19th century. Popular writers and poets included Charles Baudelaire and Oscar Wilde. Baudelaire extolled the fleetingness of everyday life and commented on the qualities of a modern artist, who recognized beauty in contemporary fashion and mores. Baudelaire encouraged artists to seek out fresh and relatable subjects rather than the old standards.

Belle Epoque Paris turned out nightly to revel in the pleasures of cafés, cabarets, and dance halls. Artists captured the energy and vivacity of such venues in prints and paintings, often helping to cement the reputation of dancers and performers. The hilltop bohemian enclave of Montmartre was home to many establishments and attracted not only the artists, workers, and performers who lived there but also increasingly middle-class and aristocratic visitors, as well as socialites.  Bucking centuries of French tradition, the mingling of a wide array of classes added to the appealing and transgressive qualities of these performances.

Newly converted public spaces provided a dynamic see-and-be-seen atmosphere, which catered to the bourgeois class of the capital. Taking his cue from earlier writers, poet Charles Baudelaire extolled the fleetingness of everyday life and commented on the qualities of a modern artist, who recognized beauty in contemporary fashion and mores. Baudelaire encouraged artists to seek out fresh and relatable subjects rather than the old standards. Modern, fashionable women comprised one of his favored themes, and takes several forms in this group of works. For example, the fabulous boa-framed visage of Sarah Bernhardt greets her adoring audience; the actress and theatre manager cannily controlled her media profile in a way that would impress anyone scrolling through Instagram today.  Clothes were one symbol of identity in modern society, and Toulouse-Lautrec’s ice-skating woman wears a dress that allowed for freedom of movement while adhering to exacting standards of style and decorum.  The increased visibility of women in the new Paris characterizes the period. 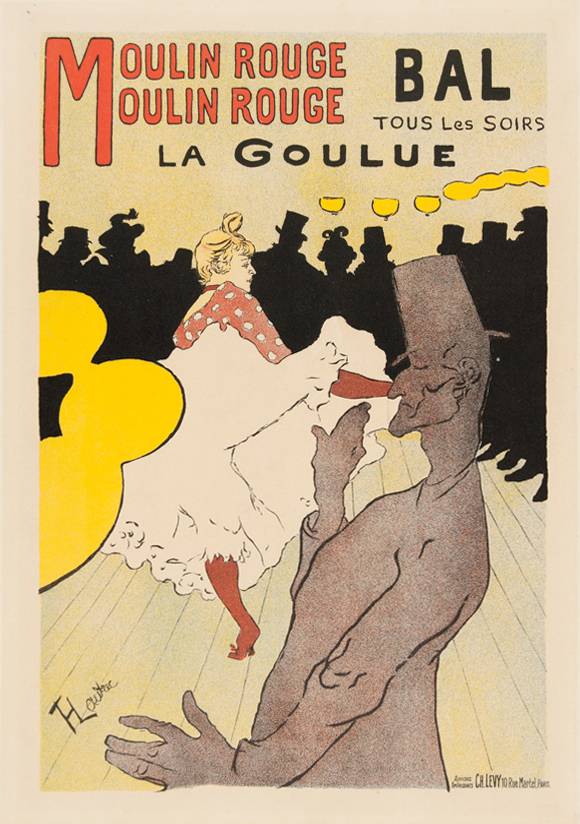 Art Gallery staff are available to host viewings of the French Print Collection at the Print and Drawing Cabinet in downtown Grand Rapids. Or invite us to bring a selection of French Prints to your class along with a presentation about the artworks, time period, and cultural context of fin de siécle Paris (presentation preview linked adjacent). Contact Amanda Rainey to schedule a visit; raineyam@gvsu.edu. 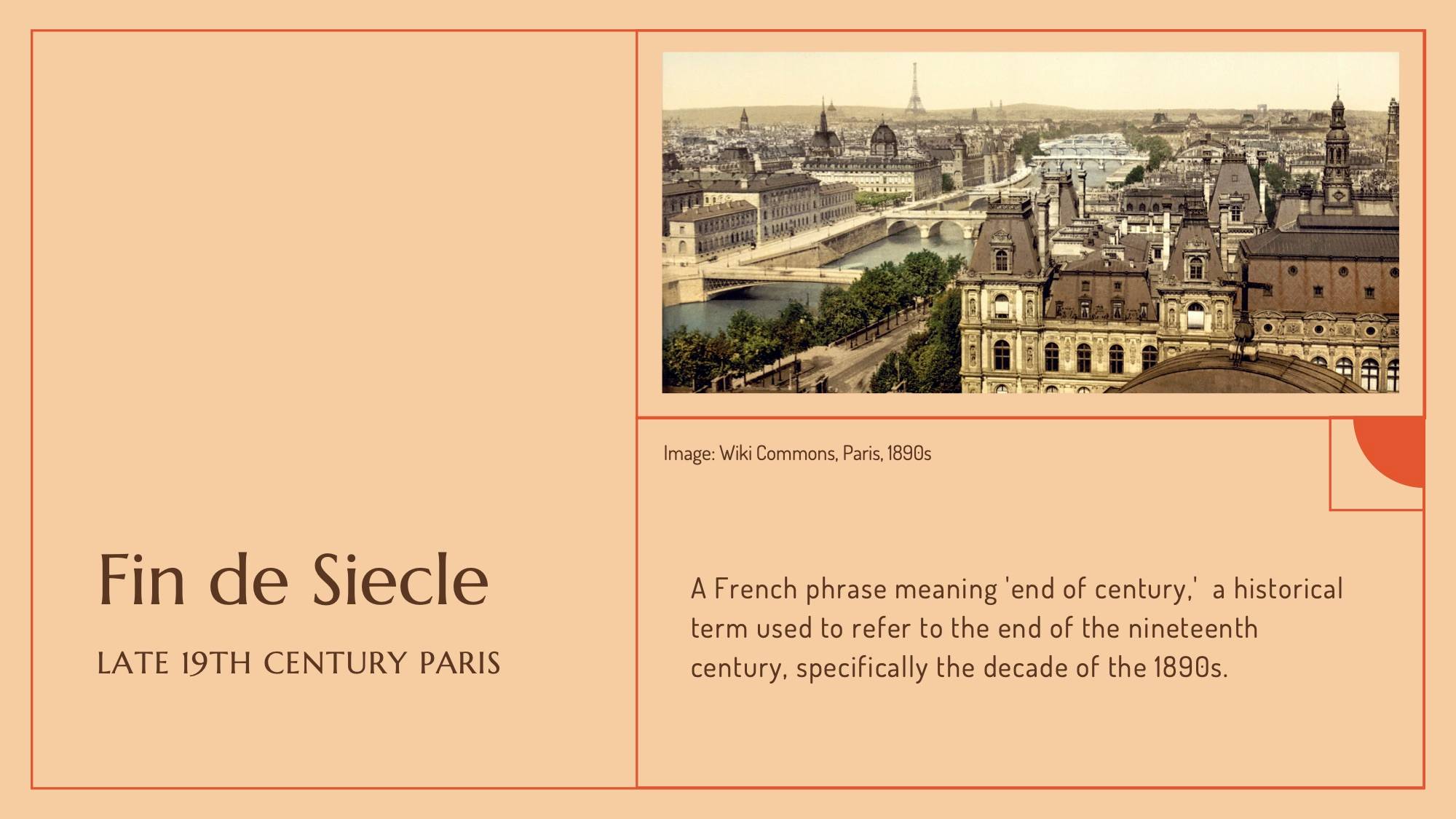 Previous exhibitions including the French Prints 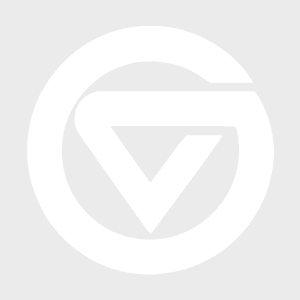 Join us on Thursday, January 20th from 5:00pm - 8:00pm to celebrate the exhibition 'Sorrow/Fullness: A Reflection on Mourning'. Opening remarks will be given at 5:30pm. RSVP recommended. All... 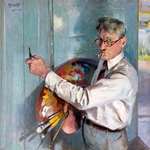 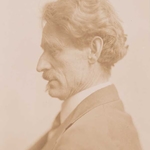 Mathias J. Alten: An American Artist at the Turn of the Century | Traveling Exhibition 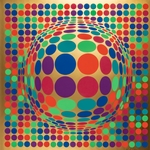 
Page last modified February 17, 2021
Report a problem with this page