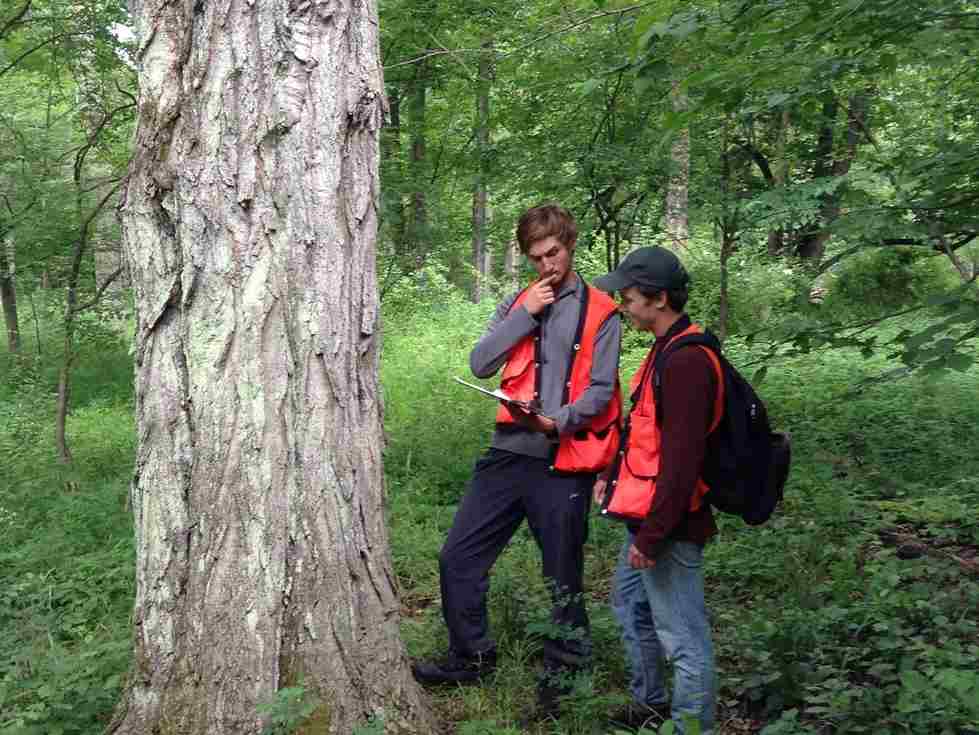 Pictured: GVSU undergraduate student interns, Chris Vandenberg (on the left) and Jack Gibson (on the right), assisting with field inventories during the summer of 2014. 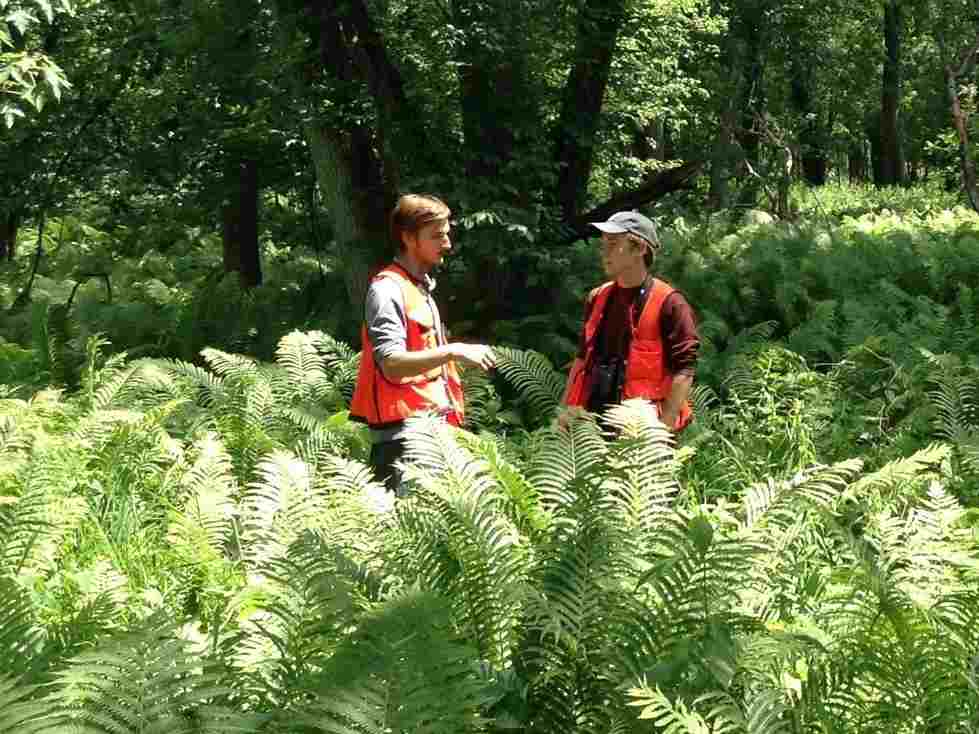 Later this summer, researchers from the AWRI Information Services Center will be completing their part of a $798,000 grant awarded in 2012 to the Muskegon River Watershed Assembly by the U.S. Environmental Protection Agency (EPA) under the Great Lakes Restoration Initiative (GLRI) Program.  The grant was matched with another $141,201 in support from project partners and local foundations.  Others contributing to the project included the Conservation Resource Alliance, Huron Pines, Land Conservancy of West Michigan, and the Muskegon Conservation District.  This funding was provided to implement best management practices (BMPs) and restore high-priority riparian areas throughout the Muskegon River Watershed.

AWRI’s role in the project included project evaluation and the development of ten Forest Stewardship Plans for 943 acres of land, 591 acres of which are currently forested.  Other accomplishments include the planting of trees on 430 acres and the creation of 27,625 lineal feet of vegetated buffer.  A total of 44 different landowners participated in the effort.  We are expecting pollutant load reductions of 1,569 lbs/yr nitrogen, 387 lbs/yr phosphorus, and 81 tons/yr sediment.

It is always gratifying when we accomplish a project such as this and see our recommendations put into practice.  This is particularly significant for AWRI and GVSU as we were part of the consortium of scientists from the University of Michigan, Michigan State University, and Purdue University working together from 2000 – 2007, when the impact of climate change on the Muskegon River Watershed was first examined.  It was this earlier work that ultimately convinced the EPA it was important to take action.

Bopi Biddanda represented GVSU at the Michigan Space Grant Consortium (MSGC) panel held at the University of Michigan in Ann Arbor on February 12.  He secured ~$35K in grant and fellowship funding for GVSU applicants for the 2015-2016 year.  Bopi serves as GVSU’s Affiliate Representative to MSGC and Director of MSGC programs at GVSU.

Al Steinman has a manuscript in press to Lake & Reservoir Management about the Bear Lake TMDL.  Mary Ogdahl is a co-author.
Steinman, A.D. and M.E. Ogdahl.
In Press.  TMDL reevaluation: reconciling phosphorus load reductions in a eutrophic lake.  Lake and Reservoir Management.

Kevin Strychar gave a presentation titled “Climate Change: Why it isn’t a myth perpetuated by bad science” at the CLAS Faculty Research Colloquium on February 19.

Janet Vail was a guest speaker for Environmental Studies 201 on February 26.

Janet Vail presented two sessions at the Michigan Science Teachers Association Conference held in Grand Rapids on February 27-28.  One session was on air quality, with Andrea Faber (who coordinates the Clean Air Action Program at Grand Valley Metro Council) as the co-presenter.  The other session was the MECCS Climate Change Unit training.

AWRI graduate students Syndell Parks and Lindsey Schulte both won awards for their oral presentations at the annual meeting of the Midwest Aquatic Plant Management Society, held in Indianapolis, IN from February 22 – 25. Lindsey won a first place award and Syndell won a third place award.

Rick Rediske received a $5,000 award for his work on the Muskegon Lake Benthos Beneficial Use Impairment Monitoring project.  The award is from West Michigan Shoreline Regional Development Commission through their NOAA grant funded through the Great Lakes Commission.

There are no new articles this month.  Check again next month!

Feb 19
GVSU’s Department of Health and Wellness held their annual Biometric Screenings for Muskegon area faculty and staff at the LMC.