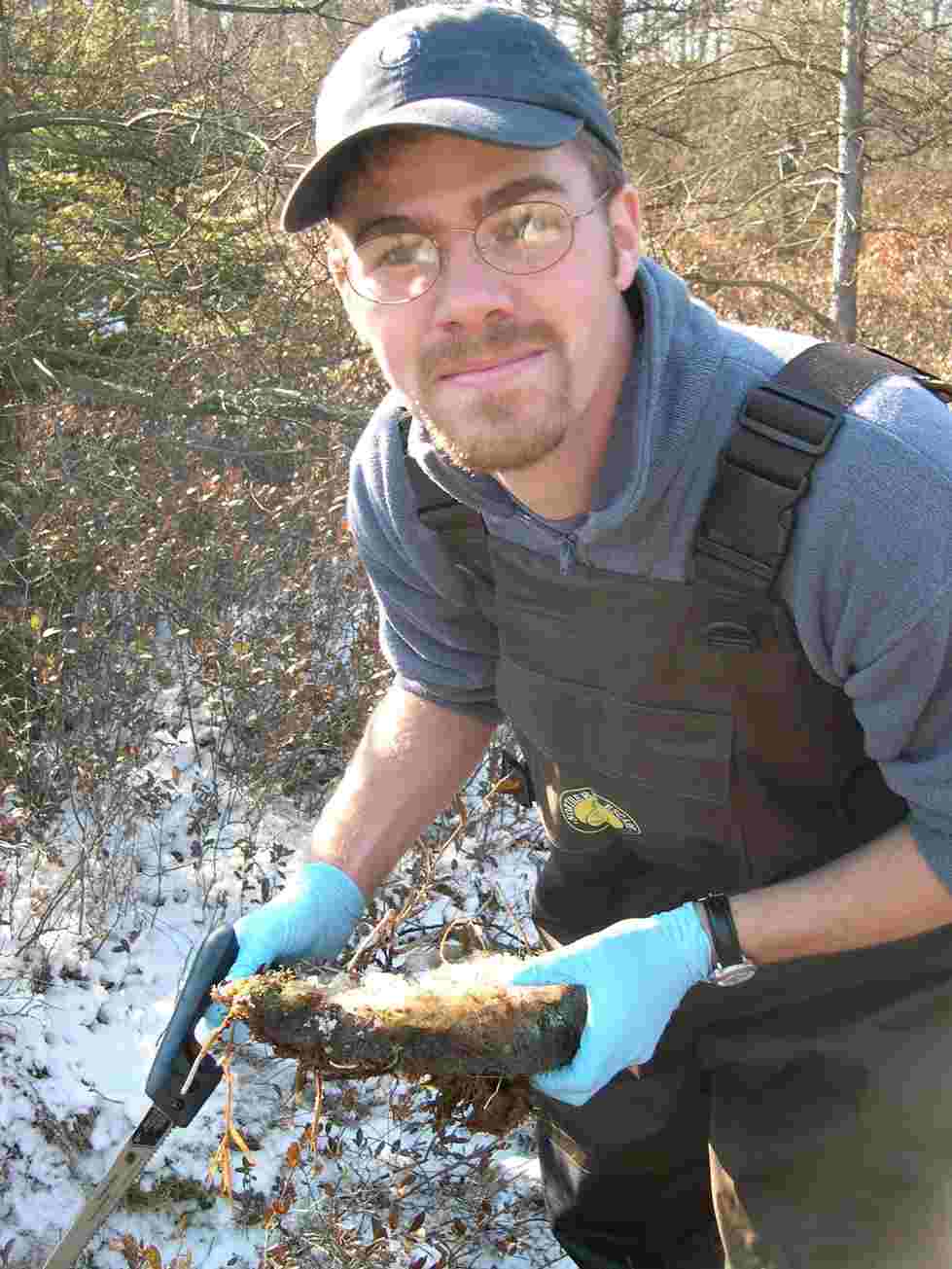 Dr. David Fowle is conducting his sabbatical in Al Steinman’s lab this Fall 2014 term.  David is an Associate Professor in the Geology Department and the Associate Director of the Environmental Studies Program at the University of Kansas.  He received his PhD from the University of Notre Dame in Biogeochemistry.  Broadly his research focuses on how microorganisms influence the cycles of trace elements and carbon in the environment.  His approach to studying these systems relies on field observation, and lab and field-based experiments and has been conducted in the Great Lakes, Ancient Lakes in Indonesia, Wetlands and Northern soil environments.    Examples of specific research questions investigated include using large iron-rich lakes as analogues for the early earth, quantifying how methane is consumed by microbes in the absence of oxygen, and whether microbes can be used to predict the location and quality of mineral resources.

The W.G. Jackson traveled to Holland for six cruises on August 8 and 9.  The Macatawa Area Coordinating Council was the host.  Information about Project Clarity was part of the outreach.

Al Steinman was an invited guest on the Laurentian, hosted by NOAA, giving a tour of Muskegon Lake to U. S. Representative Bill Huizenga.

Al Steinman gave a tour of the AWRI facilities to Senator Debbie Stabenow and U. S. Representative Gary Peters on August 21.

Al Steinman hosted and participated in a meeting at the request of U. S. Representative Bill Huizenga regarding ballast water issues facing the Great Lakes.

Ryan Thum was a co-author with Jane Herbert of Michigan State University Extension on a 2-part publication.  Part 1 title: Keeping an eye on hybrid watermilfoils in Michigan inland lakes, and Part 2 title: Stepping up to cooperatively manage your lake’s aquatic plant community.  Here are the links: https://msue.anr.msu.edu/news/keeping_an_eye_on_hybrid_watermilfoils_in_michigan_inland_lakes
https://msue.anr.msu.edu/news/stepping_up_to_cooperatively_manage_your_lakes_aquatic_plant_community

Rick Rediske gave two workshops aboard the research vessel W. G. Jackson about Great Lakes Issues for the Biannual Conference on Chemistry Education (BCCE) on August 4 and on August 6.

Rick Rediske was a co-author on a presentation with Dalila Kovacs about Toxicology in Undergraduate Green Chemistry Programs on August 5, also part of the BCCE.

Rick Rediske was a member of a group presentation on trans-disciplinary collaboration for GVSU’s Annual Conference on Teaching and Learning on August 20.

There were no new Awards and Recognition this month.  Check again next month!

“Expert explains algae blooms in West Michigan waters after dangerous Toledo incidents”
FOX 17 News, August 4, 2014
Al Steinman is interviewed about the harmful algae blooms in Lake Erie, and whether this could happen in Lake Michigan.

“Meet the invasive pest fueling Lake Erie’s toxic algae bloom”
National Journal, August 6, 2014
Al Steinman was interviewed regarding zebra and quagga mussels and their role in the formation of the algal bloom in Lake Erie that affect drinking water.

“Water, Michigan, and the growing “Blue Economy””
Get Off The Couch News, August 8, 2014
AWRI is mentioned as the recipient of a grant from the C. S. Mott Foundation to study the Blue Economy.

“Immersion in watershed helps teachers create student projects”
School News Network, August 13, 2014
This article is about the week-long Groundswell teacher workshop held in mid-August.  Teachers were on the research vessel W.G. Jackson as part of this experience.

“Our View: Toledo’s water crisis has lessons for W. Michigan”
Holland Sentinel, August 17, 2014
Al Steinman is quoted regarding the harmful algal blooms appearing in the Great Lakes.
This article was also covered by Dailypress.net.

“U.S. Senator Debbie Stabenow, candidate Gary Peters stop in Muskegon to talk about jobs, Great Lakes”
MLive, August 21, 2014
Senator Stabenow and candidate Peters stopped at the Annis Water Resources Institute for a tour of the facilities and a discussion about research being done there.

August 1
GVSU’s College of Education brought a group of students from the West Michigan Hispanic Center Summer Camp for a program at the Lake Michigan Center and a vessel cruise on the W.G. Jackson.

August 5
The West Michigan Great Lakes Stewardship Initiative (GLSI) teachers were on the W.G. Jackson for a GLRI supported cruise.  The focus of the cruise was Muskegon Lake Restoration.

August 6
Sailing students from the Muskegon Yacht Club had a program in the Annis Educational Foundation Classroom and a tour of the Lake Michigan Center.

Adults from Pioneer Resources visited the Lake Michigan Center for a tour and a classroom program. Pioneer Resources is “dedicated to helping people with disabilities and senior citizens attain independence and dignity by creating opportunities for participation in the community.”

August 21
Senator Debbie Stabenow and U.S. Representative Gary Peters held a press conference at the Lake Michigan Center and spoke on the topic of “How the Great Lakes influence Michigan”.