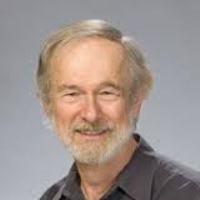 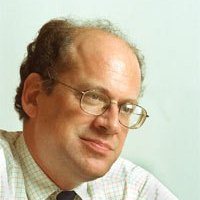 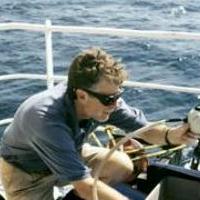 Dr. J. Denis Newbold is a research scientist at the Stroud Water Research Center in Avondale, Pennsylvania. His research focuses on stream and river ecosystem processes, especially the flow of nutrients (nitrogen, phosphorus, and carbon) to streams and rivers and how these nutrients are processed, transformed, and transported. Dr. Newbold holds a B.S. in engineering from Swarthmore College, an M.S. in hydrology from Cornell University, and a Ph.D. in aquatic ecology from the University of California at Berkeley. He was one of the originators of the nutrient spiralling concept for stream ecosystems, was lead author on the key papers that developed the relevant modeling framework and measurement techniques, and remains actively involved in research related to spiralling in streams and rivers today.

Dr. William H. Schlesinger is the President of the Cary Institute of Ecosystem Studies in Millbrook, New York. Dr. Schlesinger's teaching career began at the University of California, Santa Barbara where he was an assistant professor of biology for four years. Before coming to the Institute, he served in a dual capacity at Duke University, as both the James B. Duke Professor of Biogeochemistry and Dean of the Nicholas School of the Environment and Earth Sciences. A graduate of Dartmouth College (A.B.) and Cornell University (PhD.), Dr. Schlesinger has been investigating the link between environmental chemistry and global climate change for over 30 years. Dr. Schlesinger was among the first to quantify the amount of carbon held in soil organic matter globally, providing subsequent estimates of the role of soils and human impacts on forests and soils in global climate change. His work has led to a better understanding of human impacts on the chemistry of the Earths surface, including an analysis of the sources and fate of industrial sources of nitrogen (e.g., fertilizer) in the natural environment. He is the author or coauthor of over 200 scientific papers on subjects of environmental chemistry and global change and the widely-adopted textbook Biogeochemistry: An analysis of global change. He was elected a member of The National Academy of Sciences in 2003, and was President of the Ecological Society of America for 2003-2004. He is also a fellow in the American Academy of Arts and Sciences, the American Geophysical Union, the Soil Science Society of America and the American Association for the Advancement of Science.

Dr. Ralph Smith's interests are in the general area of freshwater ecology, with emphasis on primary producers, their interactions with natural and anthropogenic environmental factors, and their implications for ecosystem function. The Laurentian Great Lakes and other very large lakes are his main objects of study. Current projects include a major emphasis on new and emerging methods for the study and modeling of large lake ecosystems. Key goals of his lab are to improve our understanding of aquatic ecosystem responses to invasive species, climate change (especially altered ultraviolet radiation exposure) and human alteration of nutrient and organic matter inputs. Projects include studies of the anoxia problem in Lake Erie, the effects of ultraviolet radiation on production processes in lakes, the ecological basis for algal fouling problems in Lake Ontario, and the role of physical forces in fish population dynamics in large lakes.

Al Steinman was an invited member to the Great Lakes Futures Project meeting in Ann Arbor on January 9.

Al Steinman attended a meeting of the Mona Lake Watershed Council to discuss plans for the future of the group on January 31.

Janet Vail continues as a voting member of the Muskegon Lake Partnership; she attended a meeting of that group on January 10.

Janet Vail attended a meeting of the Lake Michigan Hub for the Michigan STEM Partnership on January 29.

Al Steinman gave a presentation about the new field station to staff of Brickley - DeLong on January 25.

Ryan Thum gave a presentation about updates on hybrid watermilfoil invasiveness to the Michigan DEQ on January 30.

Janet Vail and other collaborators of a GLRI grant regarding vessel education programming, presented at the Great Lakes Association of Science Ships meeting in Traverse City on January 9.

Rod Denning and John Koches received funding for a Community Forestry grant from the MDNR to work on the Holland/Zeeland Urban Tree Canopy Assessment. ($12,000)

Rick Rediske received a subaward from the University of Notre Dame, who received a grant from the Great Lakes Fishery Trust to support their project involving PCB transport by salmon migration to resident trout streams. ($25,000 for one year)

Ryan Thum received funding for a grant from the Missoula and Teton Counties Weed and Pest Districts titled: Development and testing of molecular markers that are capable of distinguishing invasive aquatic plants from other taxa. ($7,500)

"MAP Highlights Great Lakes Threats"
Erosion Control, December 18, 2012 The article is about a newly published, comprehensive map that identifies environmental stressors in the Great Lakes. Al Steinman was one of the researchers involved in this project.

"Great Lakes Map Shows Threats"
Stormwater, December 18, 2012 The article is about a newly published, comprehensive map that identifies environmental stressors in the Great Lakes. Al Steinman was one of the researchers involved in this project.

"Great Lakes restoration: environmental threat map highlights challenges"
Water Efficiency, December 18, 2012 Also picked up by CBS Detroit on 12/18/12 The article is about a newly published, comprehensive map that identifies environmental stressors in the Great Lakes. Al Steinman was one of the researchers involved in this project.

"Lake Michigan water level may fall even lower"
Traverse City Record-Eagle, January 25, 2013 Also picked up by individual.com Al Steinman was one of the experts interviewed regarding low lake levels.