The REL Program is part of the Integrative, Religious, and Intercultural Studies Department (IRIS), located in the Brooks College of Interdisciplinary Studies. With a curriculum grounded in the liberal arts, the religious studies curriculum offers a broad spectrum of courses that foster an understanding of religious issues, encourage critical thinking and exploration of religion, and address religion in relation to broad historical, political, cultural and philosophical themes.

Whether you are pursuing a career in a professional field like business, nursing, allied health sciences, education, or engineering, or if you are thinking about pursuing graduate study in the humanities or social sciences, religious studies provides transferrable skills and deepens understanding of the human experience, culture, and traditions both past and present.

We are located in IRIS: Integrative, Religious and Intercultural Studies Department,  324 LOH on GVSU's Allendale Campus. 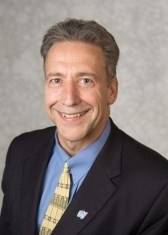 Coordination of the Religious Studies Program is overseen by Dr. Brent Smith.

Dr. Brent A. Smith was born in 1954 and raised in Richmond, Indiana, graduating with a Bachelor of Arts degree in literature from Hanover College in 1976. In college Dr. Smith studied Existentialism, American literature, and the works of James Joyce, while also receiving All-American honors as a linebacker on the football team. After several years working in the business world, Dr. Smith entered graduate school at the Divinity School of the University of Chicago, graduating with a Masters of Arts degree in 1983, and with a Doctor of Ministry degree from Meadville/Lombard Theological School in 1984. He studied the works of Paul Tillich, Soren Kierkegaard, Reinhold Niebuhr, John Dewey, Henry Nelson Wieman, Mircea Eliade, and wrote his doctoral dissertation on pragmatism and the religious philosophy of William James under the direction of David Tracy. Dr. Smith worked in church congregations in Milwaukee, Tulsa, Oklahoma, and Grand Rapids, Michigan before accepting an invitation in 2010 to join the faculty in the Religious Studies program of Grand Valley State University in Allendale, Michigan. He has published numerous articles, started one national and one regional publication, has hosted and helped to write and produce a national television show, has written numerous curricula, and presented at many national workshops and seminars. He has been featured in the Sightings online journal of the Martin Marty Center at the University of Chicago and the Journal of Liberal Religion; wrote a chapter for the book Religion in Five Minutes, as part of this collection of scholars describing Religious Studies for non-specialists; and published Religious Studies and the Goal of Interdisciplinarity in 2019. He lives in Grand Rapids with his wife Pat, Associate Vice President and Deputy University Counsel for Grand Valley State University. They have two grown children, Elizabeth and Josh.

Classes in REL are taught by a range of excellent faculty who are committed to putting students first. For a current list of teaching faculty and contact information please visit the IRIS Department faculty and staff directory.

The Religious Studies Program benefits from the guidance of its IRIS-based Program Committee as well as an external Advisory Council made up of local experts from across the region. Those members include:


Page last modified September 30, 2022
Report a problem with this page